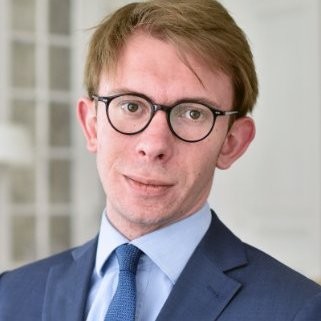 Supporting Women in the Workplace: Doing More and Being Better

Tristan Lemonnier, senior director, is based in APCO Worldwide’s Paris office. Expert in strategic communication and advocacy, he is head of the region’s crisis communication team and specializes in restructuring, communication activities under judicial constraint and international advocacy.

Before rejoining APCO, he was director of development and operations for a young start-up company specializing in artificial intelligence for the agro-ecological transition. He was previously chief of staff to the deputy CEO, in charge of strategic and transformation projects at Econocom Group, one of the European leaders in digital transformation. He was also secretary of the executive committee and initially in charge of the subsidiaries in the mobility division where he managed its reorganization.

During his first stint at APCO, Mr. Lemonnier was co-chief of staff within the office of the global CEO and a specialist in crisis and restructuring issues. As such, he managed several restructuring projects including the closure of a plant for a major group specializing in household appliances in a tense electoral context. He also worked on numerous advocacy projects at international level (i.e. World Policy Conference, New Climate Economy, COP21 etc.) and assisted many French and international players, notably in the tech and energy sectors, in the definition and implementation of communication and stakeholder outreach strategies.

A legal expert, Mr. Lemonnier supported a number of actors in proceedings before the French and European courts, particularly in the context of the restructuring of the French nuclear sector.

Mr. Lemonnier is a graduate of the Grande École program at Essec Business School as well as the University of Paris II Panthéon-Assas and Oxford University in the United Kingdom.