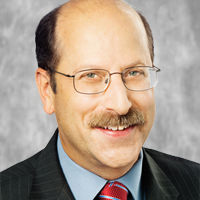 Mark Michelson, senior counselor at APCO Worldwide, helps corporations, governments and other organizations develop, communicate and achieve their goals; build support for their reputations, positions, products and services; anticipate and advocate their issues; facilitate entry into new markets; and prepare for and manage crisis situations. In addition, he is a frequent speaker on regional economic and political issues in the media and at conferences and seminars in Asia-Pacific and North America.

Dr. Michelson has worked on government relations and communication projects involving most governments in the Asia-Pacific region and the United States. These assignments have included issue advocacy, positioning, relationship building, event organization and management and various areas of communication.

From 2004 through 2008, he was the leader of a team responsible for marketing, communications and knowledge management at Invest Hong Kong – the investment promotion department of the Hong Kong Government – where he served as associate director-general for Investment Promotion.

Dr. Michelson has spent more than 35 years working in the Asia-Pacific region, part of which he spent living in Japan. He was managing director of Warren Williams International, a leading public affairs consultancy in Asia, which merged with APCO in 1997. Arriving in Hong Kong in 1980, he served as a senior consultant to international companies on trade, investment, economics, politics and other issues affecting business operations for Business International and The Economist Group. He has organized and directed government roundtables, business forums and client programs and written articles on Asian business issues for local and international publications.

Dr. Michelson earned his Bachelor of Arts from Carleton College and his doctorate from the University of Illinois in Japanese studies. He also attended Harvard University, the University of Tokyo and the New York University Graduate School of Business. For his academic achievements, he was awarded a Fulbright Fellowship to conduct research in Japan.