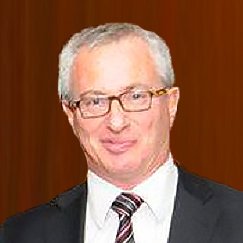 Lord Stuart Polak, CBE, is a member of APCO Worldwide’s International Advisory Council and a senior counselor based in APCO’s London office. Prior to joining APCO, he served as chairman of TWC Associates.

In October 2015, Lord Polak was elevated to the House of Lords. He has sat on the EU Justice Sub-Committee since May 2016, and the European Union Committee until July 2019. Lord Polak was appointed as only the second Director of Conservative Friends of Israel in 1989, a position which he held until 2015 when he was made honorary president. In March 2015, he was awarded a CBE for political services.

Born in Liverpool where he grew up and was educated, Lord Polak began his career working for the Board of Deputies of British Jews in 1984 as Education Director. He is a senior advisor at Marsh Insurance Brokers.