The recent announcement by United States Federal Reserve Chair Janet Yellen that the Fed will “stay the course” in keeping interest rates low to continue to promote the rebuilding of the U.S. economy and encourage job creation, the robust IPO of Chinese Internet giant Alibaba combined with the strong NO vote against secession of Scotland from the United Kingdom has given the United States and global economies a much-needed dose of optimism.

Can this optimism and enthusiasm continue, particularly with the mid-term elections coming up, the country facing an unprecedented security challenge in Syria and Iraq with ISIL, along with a restive Ukraine, and other U.S. and global headwinds impacting our economy?

This year’s mid-term elections will be critical. Will the 114th Congress, which will be seated in 2015, continue the partisan polarization and lack of progress shown by this current Congress, which is wrapping up as one of the most unproductive in modern history? Or will they seize their opportunity and turn what former Federal Reserve Chairman Ben Bernanke called the “green shoots of recovery” into true “blue grass”?

In the next Congress, issues such as extending the so-called debt ceiling that allows the United States to borrow money, extension of funding the Export-Import Bank, along with Trade Promotion Authority or “Fast Track” for the President to implement the Transatlantic Trade and Investment Partnership (TTIP) and the Trans-Pacific Partnership (TPP), will be at the top of the agenda. In addition, much-needed fixes to the Affordable Care Act (Obamacare) and Dodd-Frank will need a bipartisan majority to be achieved. Finally, there are the issues of tax and immigration reform. With President Obama a true lame duck with only two years left in office, will the Congress work together with him to deal with the challenges that our country is facing, or will they simply throw up their hands and not tackle the tough work needed?

Since the House of Representatives is extremely likely to remain in Republican control, with Democrats gaining a limited number of seats, the focus is on the Senate. Possible scenarios vary from Democrats remaining in control with an outright majority or Democrats in control in a 50-50 Senate with Vice President Biden being the deciding tie-breaker, to Republicans winning control. While all three scenarios are distinctly different, it pays to remember that in the Senate, the need for 60 votes to limit debate ensures that no matter which party is in control, they must work with the minority party to get legislation passed.

No matter what the partisan outcome of this November’s election, the American people want politicians who stand up for voters, who put sound policy before partisanship and who want to do what’s right for the United States, not just make partisan political points. This was demonstrated in the poor showing of so-called Tea Party candidates who ran primary campaigns against U.S. senators in Kansas, South Carolina and Tennessee. It was a reason why Congresswoman Colleen Hanabusa (D-HI), who focused her campaign on being the heir apparent to beloved Senator Daniel Inouye (D-HI), lost against moderate incumbent Senator Brian Schatz (D-HI). And it was demonstrated by both Democratic Majority Leader Harry Reid and House Speaker John Boehner coming together and calling on the president to develop a plan for Iraq and Syria.

For American companies and domestic and global competitiveness, it is critical that the next Congress begins its work in a bipartisan, centrist way to tackle the public policy challenges that currently exist and offer certainty to U.S. companies and citizens that the government is working for them. 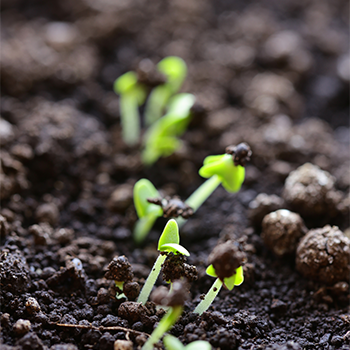