On April 25, China opened its doors to more than 5,000 delegates and 37 state leaders for the second Belt and Road Forum for International Cooperation in Beijing. The three-day summit brought together all those countries involved and interested in China’s Belt and Road Initiative (BRI), and featured the extravagant showmanship expected during an international Chinese event. These include core messages stressing mutual win-win cooperation, elaborate signing ceremonies worth billions of dollars, and wall-to-wall coverage on state media.

While this year’s Belt and Road Forum followed this same script, it was muted compared to its predecessor, which saw President Xi Jinping announce nearly USD 15 billion for government infrastructure projects and loans of up to USD 57 billion. Though Xi boasted that USD 64 billion in business deals were signed during this year’s forum and another ten countries from Peru, to Jamaica, to Luxembourg signed MOUs on Belt and Road cooperation, Xi did not announce any new state funding for the initiative.

The forum showed that the BRI has staying power, as many countries around the world remain attracted to the project. However, it also encapsulated the strengthening headwinds facing China’s international ambitions. Amid heightened pushback against China’s foreign policy and trade tactics, companies must assess the wide-reaching implications of signing on to BRI projects.

One Belt, One Road, Two Audiences

When President Xi took to the stage to deliver a short opening address at the forum, he did so with two key audiences in mind.

The first audience is the vast array of stakeholders along the Belt and Road who have grown increasingly restive over the past months. Since Xi first announced the BRI in 2013, a wealth of criticism has emerged, ranging from suspicions over corruption to concerns over a lack of sustainability measures. Such criticism has not only come from the west – increasingly, the loudest opposition is coming from countries that have experienced first-hand the downsides of predatory BRI contracts and loans. China’s role in infrastructure development abroad has played a major role in domestic politics across the whole of Asia, with countries calling for the renegotiation of unfair deals. Bilateral relations with China have also been hot button issues for recent electoral candidates in the Maldives and Malaysia.

Faced with this growing blowback from China’s own partners, Xi made a concerted effort to revitalize the program’s reputation, for example by committing to develop high-quality infrastructure projects that are “open, green and clean.” BRI projects will consider not only the sustainability of projects from an environmental standpoint, but also debt sustainability, a nod to concerns over the unnecessarily high costs of projects which risk burdening – or even entrapping – developing countries.

Xi’s second audience was the elephant not in the room: The United States. The United States has been opposed to the BRI since its inception, and with Washington not sending a single senior representative to the forum this year, Xi likely knew that his BRI promises would not give Washington pause. Instead, his speech directly addressed issues central to the U.S.-China trade war, ranging from a renewed commitment to refrain from currency manipulation, to delivering on long-promised intellectual property protections. The focus on “structural issues” reflects a broader realization that investments can no longer be separated from broader issues affecting China’s relationship with the rest of the world.

As relations with the United States cool, Chinese leaders’ efforts to reassure other trading partners and the foreign business community have been met with a similarly chilly response. President Trump may have been the first to apply pressure to China, but his actions have inspired others to raise their voices too, including governments and businesses in the eye of the Belt and Road. The European Union, for example, labeled China for the first time as a “systemic rival,” while the foreign business community in China is increasingly vocal about Beijing’s unfulfilled promises.

China’s internal and external trade practices are under more scrutiny than ever before. It is no wonder, then, that this year’s Belt and Road Forum was a much more subdued affair.

The Future of the Belt and Road

While Beijing is recalibrating its messaging, the BRI should not be dismissed entirely. It enhances China’s viewpoint of its position as an emerging pillar of global trade and friend of developing countries, two roles that the United States seems increasingly ambivalent to.

At the same time, China’s commitment to BRI is being met with strong international appetite for infrastructure development, in both developing and developed countries that see the economic advantages. Italy’s announcement to join the BRI this March, the first G7 country to officially do so, may have drawn the ire of the United States and rattled its European partners, but it reflects a growing willingness to cooperate with China if there is an economic rationale. Nearly half of the European Union, especially smaller Central and Eastern European countries, have signed on to participate in the BRI.

As with China’s broader promises to reform its domestic economic practices, only time will tell if a more transparent and sustainable BRI will be implemented. In the meantime, however, the BRI is likely to continue to be a focal point in the broader debate on China’s position in the international system. While a potential trade agreement with the United States may be on the horizon, China will continue to face more long-term challenges from its international business partners.

What Does This Mean for Businesses?

Deciding to participate in the Belt and Road has always come with the potential for economic opportunities as well as possible risks and challenges. Companies need to consider all aspects of potential partnerships down to the operational level, including compliance with labor laws, environmental impact assessments and the management of debt. Due diligence and business strategies are necessary to consider both Chinese and local stakeholders involved.

Though these projects carry complex risks, businesses with experience in managing or executing international projects may find strong opportunities to engage with BRI projects. China’s renewed focus on green development, for example, may present a unique angle for companies with a competitive advantage in sustainable infrastructure projects to lend their expertise.

Before signing on to the BRI, companies need to consider the geopolitical controversies surrounding the BRI and understand the potential for criticism by association. Multinational companies based in the United States or other European countries, for example, may face their own controversies with national audiences over the BRI, especially as publics and governments alike take a longer look at corporations’ activities in China. 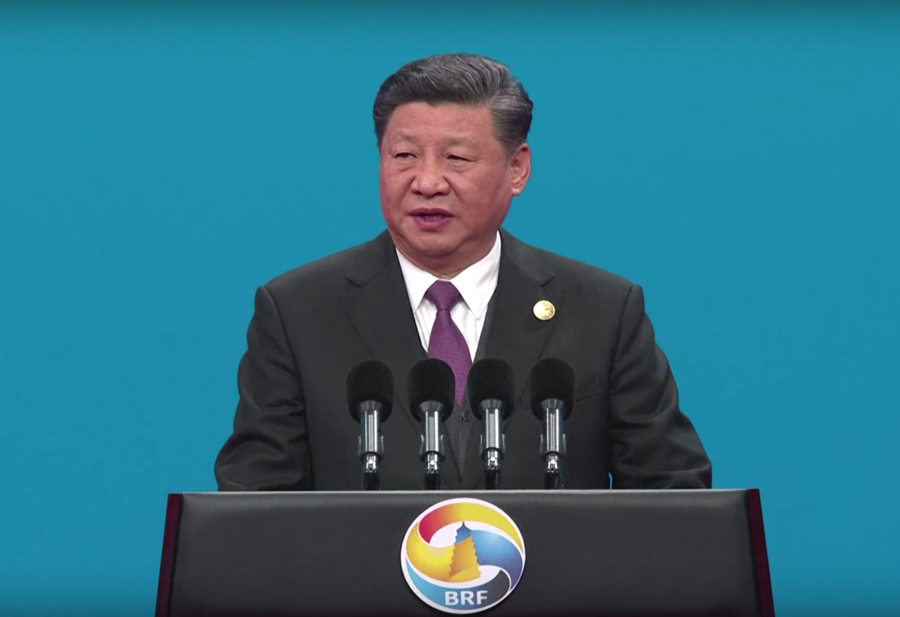