This post was written by APCO Beijing Intern Alexander Brown

Board game lovers will be familiar with the classic Settlers of Catan. In this game each player strives to build roads, settlements and cities on an island. They collect resources to build assets, trade resources with other players, and buy special cards to accrue victory points.

The game is an apt metaphor for the geopolitical developments that accompany China’s rise to the world stage. The interactions between the players – which each represent a world power – shed light on how U.S.-China relations got to where they are today.

As the United States and China engage in high-level negotiations and the trade war approaches its first anniversary, it is important to take stock of the underlying forces driving the conflict and each player’s motives.

Gaining in strength under the radar

The popularity of Settlers of Catan is in part due to its comeback mechanism. As one player gets close to the game winning tally of ten victory points, all the other players form alliances to reduce the leader’s influence. They will refuse to trade with and block the dominant player from achieving their ambitions. This gives other players a chance to enhance their position. More often than not, the dominant player at the start of the game ends up losing. A proven strategy is to divert attention away from oneself.

For the first three decades of China’s economic reform and opening, Beijing cleverly employed this strategy or, as Deng Xiaoping put it, adopted the tactic to “conceal one’s strength and bide one’s time.” As a result, advanced countries gave it some leeway during its development to limit market access for foreign companies and delay tariff reductions, accepting technology transfers as an acceptable trade for market access.

However, over the past two decades, China has grown from a “weaker player” to a “serious contender.” China is likely the most significant economic competitor the United States has ever faced. Its nominal GDP is now equal to about two thirds the size of the U.S. economy. But just as it approaches usurping the United States, China has dropped the “hide and bide” ethos.

Players in Settlers of Catan aim to build the longest road, create the largest army, or purchase development cards, which all bring additional victory points. Yet, as soon as a player has amassed such resources, other players grow wary of the now leading player’s strength, just as Washington and many other parts of the world have grown wary of China’s initiatives.

President Xi Jinping has boldly stated his aim to restore China to its prior glory and regain its status as a world power. Through sweeping policy agendas such as the “One Belt One Road” initiative and the “Made in China 2025” plan, President Xi hopes to transform China into the nexus of global trade and the leader of the technologies of the future. China is modernizing its military, and instilling greater pride and confidence in domestic technological capabilities. In terms of the Settlers of Catan scenario, China is edging closer to the ten-point victory status.

In Settlers of Catan, rolling a seven enables a player to take a card from another player’s hand, which naturally creates animosity between the players. Similarly, evidence of China’s cybertheft, violation of intellectual property rights and market access limits have turned Washington against China. Even the U.S. business community has turned hawkish.

Just like the leading player in the board game, China has found itself playing in isolation against a strong allied opposition.

What does this mean for foreign companies in China?

China has belatedly realized that being overtly assertive only inflames concerns about its growing power. In June 2018, for example, state media was instructed to avoid mentioning “Made in China 2025,” and government agencies curbed references to the plan.

But China’s ambitions remain. It will not abandon its efforts to restore itself to what it believes is its rightful place in the world. The United States, while acutely aware of these ambitions, is not willing to give up its own position at the top of the global order either.

Multinational companies must be prepared to deal with turbulent relations between the two leadings economies for years to come. Through the ongoing U.S.-China trade negotiations, the United States may be able to push China to make concessions that will improve market access for foreign companies and improve business conditions. Such concessions could include improvements to China’s intellectual property rights regime and the elimination of joint venture requirements. However, China will not stop supporting its own domestic companies and technology upgrading plans, making a fully level-playing field unlikely for the foreseeable future. The lesson for the American government and business community can learn from Settlers of Catan is that allies can help bring some balance and stability. 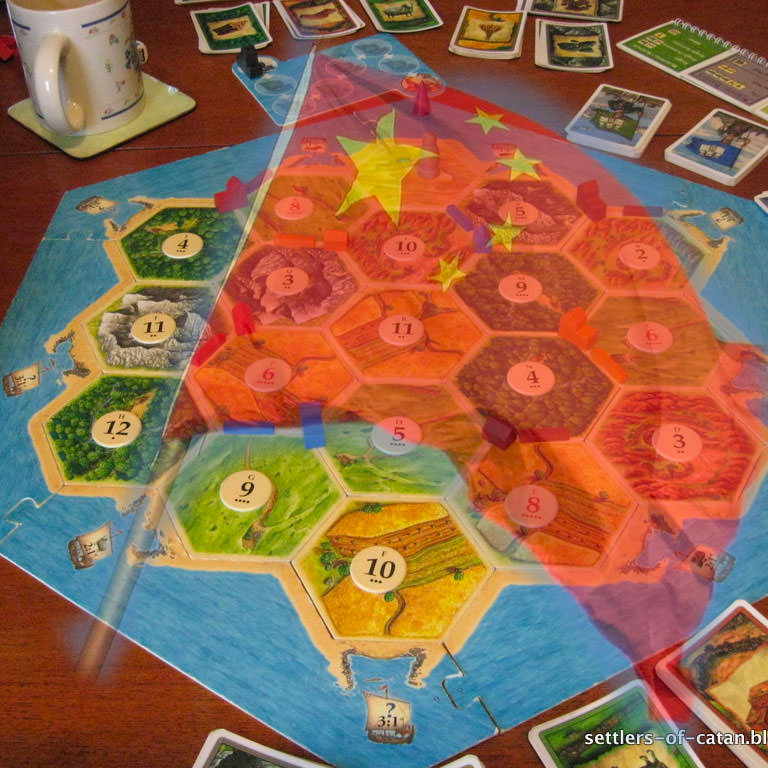