In addition to the invaluable health benefits of COVID-19 vaccines, these small yet compelling tools have become a symbol of recovery in many senses. Their influence extends beyond the pandemic, changing how we conduct scientific research, travel and even geopolitics.

Like other breakthrough technological innovations—perhaps even equitable to the internet—COVID-19 inoculation has had important social, economic and political impacts. Starting with the most obvious, the development of vaccines by multiple companies around the globe has marked a landmark in the history of medicine. It has proven that effective medical products can be rolled out to the market within months instead of years. This will have critical implications in future products, even those with previously untested usage—such as the mRNA vaccine—with hopefully positive consequences in treating other diseases like HIV. Furthermore, it has created the conditions for the appearance of new players in the pharmaceutical landscape worldwide. Of course, this would not have been possible without the support of the public sector.

Regarding its political implications, the COVID-19 vaccine has sparked multiple debates on the state’s role in ensuring public health for the sake of economic recovery. The outcomes of these debates will have long-lasting repercussions on other developmental challenges, like climate change, where governments will need to balance public opinion, scientific facts and business interests.

To that point, the private and financial sectors need the economy to re-open, and the vaccine is a silver bullet to make that possible. Nonetheless, very few governments have acted as though vaccination is a mandatory issue. Consequently, there is growing tension between the groups who do not want to get vaccinated and the urgency of recovery. This situation foreshadows future discussions and the increase of “fake news,” pushing Governments to find innovative ways to implement and enforce urgent public policies for the wellbeing of the economy and the people.

Likewise, socially, the vaccination debate is dividing an already very polarized society. Inoculation rates vary across gender, race, income level and many other characteristics. These factors have, in many cases, exacerbated the underlying conditions for economic and social inequality of already marginalized groups. This situation can be easily seen in how current vaccination efforts leave behind small and less developed countries, forcing global recovery efforts to take even longer.

As it has become evident up to this point, vaccines have changed the way we understand sanitary protocols, political science and economic theory at a domestic level. However, their impact is not limited to a country’s borders, and it has significant effects on international relations and geopolitics.

One of the most explicit lessons of the pandemic is that most countries will prioritize long-term security over cooperation. Even today, developing countries continue concentrating most vaccine doses, leaving minimal possibilities for developing countries to acquire large enough amounts of doses to vaccinate their entire population. Although not necessarily a new trend, production capacity has been historically concentrated in the global north. It has allowed emerging powers such as China and Russia to fill these gaps. This explains the increasing demand for Sputnik, Sinovac, and CanSino vaccines in Latin America and Africa as the expanding national options.

Due to increasing demand and pressure, the multilateral mechanism COVAX has started incorporating these options into its portfolios. However, when observing the donation destination, it is evident that they have a more robust geopolitical rationale than humanitarian, drawing fascinating parallels with the Cold War. Nonetheless, unlike the space or weapon race, which the government mainly led, now the public sector, in hand with the private sector, is competing in the vaccine race.

As international travel starts increasing, there is a growing demand for the recognition of these vaccines, with significant geopolitical implications. For example, at the upcoming COP26 gathering, the UK government has officially stated that they will accept all brands of vaccines for access purposes.

Undoubtedly, COVID vaccines are making governments, people and businesses rethink approaching large development challenges. Perhaps more interestingly, at least for the public sector, how can we reconcile old and new paradigms for the wellbeing of the majority. Debates will further intensify as the virus continues changing, and therefore longer-term solutions are needed more urgently.

As for civil society, the private sector and the changes in the way we collectively and individually interact with each other, vaccines have also changed the way we do public diplomacy. Undoubtedly, companies have taken a leading role, particularly those in the pharmaceutical sector, in supporting governments to supply countries in need. In the past, private investment usually followed ODA, but now, through vaccine donations and technical capacity increase for its production abroad, governments and businesses are working hand-in-hand on international development. It is no surprise China’s CanSino and Russia’s Sputnik have increased production capacity in Mexico, as the U.S. government continues efforts to produce Moderna’s vaccine in Africa. This is one of the most important paradigm changes, as it will set a precedent for future sustainable efforts. For example, providing climate-related aid in parallel with renewable energy private investment instead of individully. In other words, institutional and technical capacity is not a precondition but rather a complement.

Finally, civil society has also increased its predominance in the effectiveness of the domestic and international policy. Public by-in is more relevant than ever, as it can determine the success or failure of great efforts, for example vaccination efforts, to halt the spread of COVID-19. While globalization has accelerated the spread and creation of knowledge, it has also facilitated the extent to which fake news reaches people. Consequently, it is much harder to create a consensus. While there is no definite answer, one of the main conclusions that can be made is that science, business, government and people must work together in order to overcome present and future challenges. 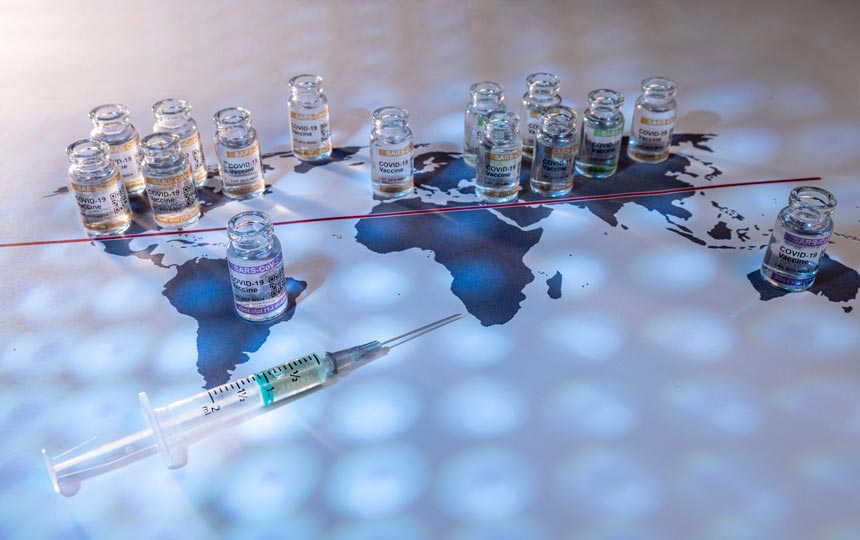