On 5th September, Britain will find out who the next leader of the Conservative Party is, and which candidate will have to tackle the multitude of issues facing the country as Prime Minister. These include continuing strikes, soaring inflation and a looming recession. In a leadership race that has divided the 175,000 members of the Conservative party, Tory hopefuls were whittled down to two final candidates remaining: Foreign Secretary Liz Truss and former Chancellor of the Exchequer Rishi Sunak.

Though it has not taken centre stage in this leadership campaign, over six years on from Britain’s pivotal referendum to leave the European Union (EU), the realities of Brexit are far from settled. While Foreign Secretary Truss campaigned for a Remain outcome back in 2016, she is now backed by many of the most vocal Brexiteers within the Conservative Party, including the influential European Research Group (ERG). Sunak, on the other hand, is a long-time Brexiteer and has found himself painted by some detractors in his own party as a pro-EU candidate of the Tory left due to his emphasis of the need to reduce the level of tension in relations.

So, what would a Truss or Sunak leadership mean for UK-EU relations? Will a fresh leader result in a reset in post-Brexit relations?

Six years on from the referendum, relations between the UK and EU appear to have hit a post-Brexit low, with an impasse over the Northern Ireland Protocol. The protocol—agreed by the UK government and the EU in 2019—is a keystone of the UK-EU Brexit trade deal. The EU has reacted angrily to the UK government’s plans—led by Foreign Secretary Truss—for a unilateral rewriting of the protocol, stating it would breach international law. The deadlock threatens to put the entire post-Brexit trade deal in jeopardy, with the European Commission pledging to respond with “all measures at its disposal” if the protocol is rewritten. This would include, for instance, barring UK researchers from involvement with EU-funded projects such as Horizon Europe.

Some EU officials believe there may be a window of opportunity for a new Prime Minister to restart long-stalled talks as the bill is debated in the House of Lords, but expectations remain low. Although not as boisterous as Truss on the issue, Sunak has also committed to securing the passage of the Protocol Bill. While Sunak is noted to have reportedly warned Boris Johnson against risking a trade war with the EU, he more recently in a TV leadership debate claimed that the bill would lead to free-flowing trade between Great Britain, Northern Ireland and the Republic of Ireland.

Ever since David Cameron’s 2010 pledge to reduce net migration, a restricted immigration policy has been a winning ticket for the Conservative party. In 2016, Brexit campaigners promised to “take back control” of borders, which includes clamping down on illegal channel crossings. As such, both candidates have promised to toughen controls and push ahead with the government’s policy to send certain arriving refugees to Rwanda, a policy that resulted in an intervention by the European Court of Human Rights (ECHR) and received strong criticism from its European counterparts.

Foreign Secretary Truss says she would see the Rwanda asylum plan through “to its full implementation” and increase the number of Border Force staff from 9,000 to 10,800. Sunak proposes introducing a cap on refugee numbers and aims to “strengthen” the legal definition of asylum in line with the UN Refugee Convention instead of the ECHR. At the same time, Sunak has stressed the need to have a “more effective” relationship with France, noting that he would like immigration to take centre stage in foreign policy, including by making bilateral agreements with European neighbours. It is fair to say that recent comments by Truss stating that the “jury is out” over whether Macron is a “friend or foe”, are further unlikely to endear EU officials to her.

A post-Brexit Britain has sought to play a key role in Ukraine’s fight against Russia, and Boris Johnson’s government has been praised by Ukrainian leaders for its steadfast support of the country.

As Foreign Secretary, Truss has taken an extremely robust stance on Russia, and has vowed to face down Putin as Prime Minister. Truss has stressed that she wants to maintain UK leadership on Ukraine and is said to be considering making a trip to the country in one of her first acts in office, as a public show of support. She also promised to spend 3% of GDP on defence by 2030.

Sunak has vowed that if he becomes Prime Minister, he will redouble efforts and reinforce the UK’s “policy of total support for Ukraine”. Sunak has hinted at taking a “threat-based approach” to defence spending, pledging to invest whatever is needed to safeguard the country, although his concrete defence policy remains unclear. Sunak’s beliefs are less pronounced, and from an EU perspective one could argue that he has less baggage in foreign policy, thereby working in his favour in the EU bubble.

However, eastern EU Member States, as well as Ukraine, would welcome a continuation of Johnson’s Ukraine policy and therefore arguably would lean towards a Truss premiership.

The Russian invasion of Ukraine has changed European history, causing a total rethink of the EU’s energy policy and its dependence on Russian fossil fuels. Once such example is by increasing its energy efficiency targets as part of its REPowerEU plan. In the UK, while both leadership candidates have supported net-zero targets, there has been some reticence about publicly revealing plans to tackle climate change.

Truss promises to lift the moratorium on fracking, whereas Sunak has promised UK energy sovereignty and a dedicated energy ministry. So far, climate change has not played a large role in the contest. As result, several environmental NGOs have asked both candidates not to sideline this defining issue of our time, especially given the party was elected under the promise of its ‘greenest manifesto ever’

It is fair to say that green policy has not taken centre stage in either candidate’s bids to become Britain’s next prime minister, disappointing green Tories given that incumbent prime minister Boris Johnson has presided over major environmental legislation and kept green policies high on the agenda. This is likely to have raised eyebrows in Brussels, and may be a future cause for concern for the EU if the new government does not live up to its climate commitments.

EU officials are sure to be closely watching the formation of the new Prime Minister’s top team, which will be quickly appointed once the new leader enters Number 10. According to the latest opinion polling of Tory members, Truss now has a 32-point lead over Sunak. Truss also is reported to be considering as her chief of staff the former Brexit negotiator Lord Frost, a favourite amongst Brexiteers and grassroots Tories. While Truss has indicated to the EU that there is little room for compromise, Sunak’s unknown factor and previously moderate stance play to his advantage in the minds of the EU. However, the EU aren’t the electorate in this race, and right now the odds are against Sunak. Whoever becomes prime minister, the challenges ahead are considerable. 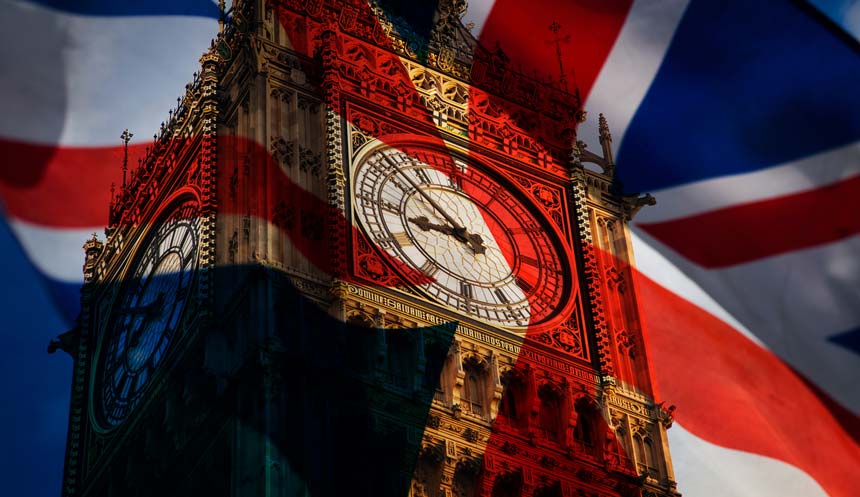