The story of Pride is one of police violence and resistance, a message that still resonates. In 1969, Stormé DeLarverie was a victim of police violence when she yelled to her brothers, sisters, and those in-between, “Why don’t you do something?” Today, as queer folk are celebrated, albeit to varying degrees depending on class and racial palpability, drag queens land multi-million dollar contracts and Netflix is producing an animated series featuring drag queen superheroes.

Things certainly have changed. Instead of the desperate “Why don’t you do something?” the question of Pride 2018 has become: “What are you doing?”

A recent APCO Insight survey found 90% of those interviewed expect companies to be involved in taking on society’s most pressing concerns. Yet, doing something isn’t always enough; doing the right thing is what 2018 demands.

As we have seen, communities across America have extremely different conceptions of what the right thing is. Republicans and Democrats significantly differ on how “ok” it is for CEOs to “always” speak out on discrimination based on sexual orientation, protection of human rights abroad and transgender discrimination. Even amongst Democrats, there is no guarantee that a well-intentioned Pride activation will generate positive press or sales.

So, what is to be done? While there is no guarantee of success, these tips will help your organization understand the expectations of the LGBTQ community.

Pride is a one-month celebration of a yearlong commitment to the LGBTQ community. If your company plans to launch a Pride product or a large marketing campaign with rainbows and glitter, precede it with year-round queer-friendly content. For example, Fluide Beauty’s messaging states ,“As always, 5% of profits [will go] to LGBTQ health + advocacy groups.” It’s a strong and slightly sassy message that shows the brand’s year-round commitment to the LGBTQ community.

Although I am a white gay male, I realize successful Pride activation must venture beyond people such as me and content must be more sophisticated than rainbows and glitter. Thought-leaders amongst the queer community are producing content at the intersection of sexuality, gender, disability, race, and class. Levi’s 2018 Pride Collection focuses on telling stories of queer people of different races across a spectrum of gender identities, and their Pride section, while fashion and queer forward, focuses on telling stories from this community.

What is to be done?

Pride is a celebration of identities that still are abused and denigrated in the U.S. and around the globe. The most important part of a Pride activation is advancing progress for LGBTQ communities. How your brand or product is benefitting living trans, queer, and gay communities should be central to your messaging. When communicating what your organization is doing for Pride it is essential to clearly identify just how much of the proceeds are going to which partner and why your organization believes in their message.

It is important to recognize the similarities of what happened in 1969 to the brutality of 2014 and how it ignited social consciousness. Unlike 1969, Americans aren’t asking for help, they are seeking acceptance and equality for themselves and others around the globe. 92% of consumers and citizens expect companies to serve society, not just their customers, so it is important for your organization to identify a social issue it can deeply commit to. Pride is not the right activation for everyone, so don’t feel compelled to speak out if it isn’t authentic.

For more information on how companies can behave responsibly and advocate on important issues, please visit: Corporate Advocacy in Five Acts. 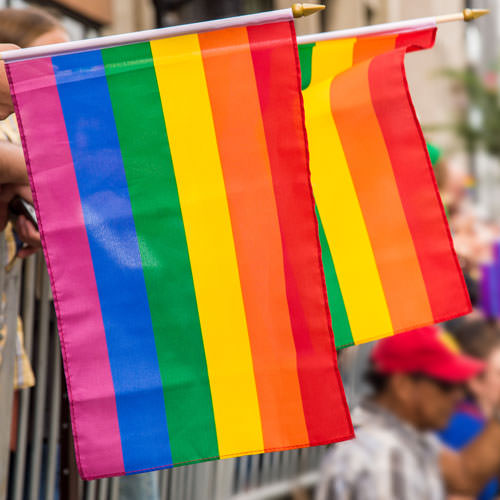