The passing of U.S. Supreme Court Justice Ruth Bader Ginsburg (RBG) is sad news in a terrible year. Her legacy is a testament to her view that “real change, enduring change, happens one step at a time.” RBG’s accomplishments will continue to remind us that the constitution is indeed a living and breathing document, that tradition does not call for stasis, and that progress does not depend on creation ex nihilo. RBG’s career is also a lesson in leadership across professions; three lessons stand out:

A U.S. Supreme Court Justice, initially, the only woman in an exclusive circle of nine, and an alumna of three of the finest universities in the United States and the world—Cornell University, Harvard Law School (which she joined shortly after it had begun admitting women), and Columbia Law School (where she later became the first woman to hold a full professorship)—RBG was larger than life. And yet, those who met her, standing five feet tall, inside or outside the courtroom, found her to be approachable and unassuming.

Throughout her career, RBG let her knowledge, sharp analysis, strength of her arguments, and the canon of her work speak for itself. Her career was adorned with cases of historic significance from Reed v. Reed in 1971, which led to the inaugural legal recognition that discrimination on the basis of sex violated the equal-protection clause of the Fourteenth Amendment, and U.S. v. Virginia in 1996, that led to the Virginia Military Institute—until then an all-male institution—admitting women to its ranks. She was a leader who gained a global following through the sheer quality of her work and her unwavering commitment to the principles that she had reason to consider to be true. Leadership, RBG taught us, is humble service: steadfast devotion to a mission larger than oneself and the refinement of mission-critical capabilities.

2. Let convention inspire, not constrain, you

In her role as Director of the Women’s Rights Project at the American Civil Liberties Union, RBG argued for a widowed father seeking social welfare to care for his child. Instead of thinking in conventional terms, limiting her work to female plaintiffs, RBG grasped that empowering women meant disentangling the complex, society-sanctioned relationships between women and men. The case of the widowed father brought to light the injustice of sex-determined roles, demonstrating that gender equality would be in the interest of both sexes, an idea that was well ahead of RBG’s time and has yet to fully settle in. And while evident in decisions such as M.L.B v. S.L.J., on whether economic hardship should be allowed to curtail an appeal to a termination of parental rights, RBG’s relationship to convention is best reflected in her love for opera. The mechanics of opera, like those of jurisprudence, have remained largely consistent over time, but the issues both address and the stage on which they unfold are ever-changing: originality in continuity. Leadership that is fit for purpose breaks with the past but never discards it; convention is but a brush soaked in colors specific to a time and place.

3. Chart your own path, but don’t walk it alone

RBG decided to pursue a career in law at a time when women were expected to prioritize bearing and caring for children and looking after both the household and their husbands. Against the odds, while at Harvard Law School, RBG not only looked after her daughter Jane but also her husband Marty, who had been diagnosed with cancer. Her personal life did not distract RBG from her career, and her career did not interfere with her personal life; she balanced both, neither at the expense of the other.

Just like RBG was no ordinary woman for her time, Marty, a successful tax lawyer, was anything but an ordinary man. He was famously known for being the chef de cuisine, then considered a breach of male decorum, and until his death in 2010, he was a partner to his wife, long before most men were. In fact, Marty gave up his law practice to follow RBG to Washington, when President Clinton appointed her to the United States Court of Appeals for the District of Columbia Circuit. He certainly did not enable RBG’s rise, but neither did he seek to obstruct it.

What made RBG such an effective leader was her ability to defend her positions without alienating those who thought otherwise, working across ideological divides, relentlessly but empathetically. Her lifelong friendship with conservative justice and constitutional purist Antonin Scalia and warm relationship with the largely muted but eloquent Clarence Thomas are a case in point. RBG, like Martin Luther King Jr., is so memorable because of her ability to take others along on her path; to her, leading meant bringing together, and not driving apart.

Amid a global health and economic crisis, with geopolitical tensions on the rise, and partisanship at an all-time high, we have an incentive to lead by example and to choose our political leaders wisely. The death of RBG has no silver lining, but the light her career sheds on leadership can guide us through these turbulent times. May RBG’s humility, originality, and collegiality shine on! 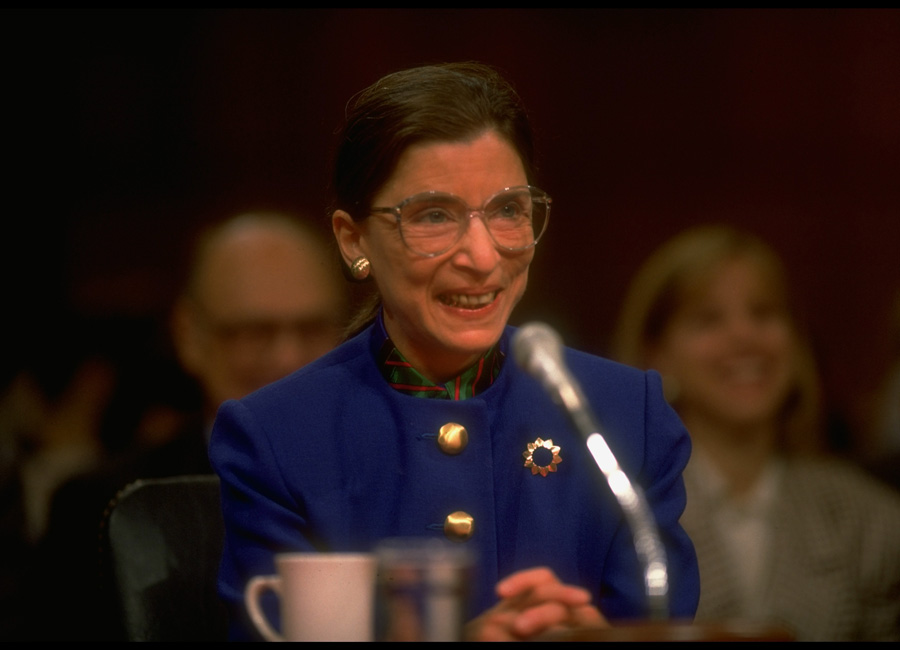