Earlier this week, Presidents Xi Jinping and Joe Biden held a virtual meeting—their first (virtual) face-to-face since President Biden’s inauguration in January. The overall tone of the meeting appears to have been positive—albeit from an incredibly low base in recent months. However, the meeting could act as a foundation for a more stable relationship and productive dialogue on issues of mutual interest, as well as promoting the two parties’ ability to mitigate the worst potential outcomes of their differences. The next few months will be critical in determining the extent to which this can lead toward longer-term stability, with sensitive U.S. legislation and potential boycotts of the 2022 Beijing Winter Olympics on the horizon.

Limited cooperation on climate change and global health. President Xi emphasized joint-leadership on responses to outstanding global challenges. U.S. National Security Advisor Jake Sullivan subsequently referenced plans for bilateral talks on key issues, including maintaining the stability of global energy supplies. Goodwill in these limited areas was underlined by the response from China’s Ministry of Foreign Affairs, with the often-strident Assistant Minister Hua Chunying stating that the meeting was “wide-ranging, in-depth, candid, constructive, substantive and productive. It helped increase mutual understanding.” The tone of Hua’s response indicates a desire from the Chinese side to heighten cooperation where possible.

Guardrails against conflict are critical. Both sides acknowledged their differences, but they also demonstrated understanding of the importance of avoiding an escalation in tension. President Xi emphasized the importance of “managing differences and sensitive issues in a constructive way” and the need to “work together with the rest of the international community to defend world peace.” Sullivan also reiterated the importance of “establishing guardrails” to ensure that U.S.-China relations develop in a more sustainable direction. At the very least, this acknowledgement represents a positive step towards the stabilization of bilateral relations.

China made small, but significant concessions. Following the meeting, the Chinese side leaked to the media that both countries agreed to alleviate recent restrictions on journalist visas, including the re-introduction of year-long visas. While the impact is limited, it represents goodwill and a significant move to promote mutual understanding.

Taiwan remains a central point of tension. Similar to his previous statements on Hong Kong, President Xi drew a redline over Taiwan, saying that those who seek or support independence are “playing with fire.” Xi further warned that Beijing would respond decisively to provocations in the region, underscoring China’s unwavering position on issues related to sovereignty and territorial integrity. While President Biden reiterated a continued commitment to the “One China” policy, he also strongly opposed any “unilateral efforts to change the status quo or undermine peace and stability across the Taiwan Strait.” Neither leader will change their basic position on Taiwan, regardless of positive movement in the bilateral relationship elsewhere, further underscoring the continued risk it presents to destabilizing U.S.-China relations.

Short-term risks remain. Near-term flashpoints include the potential content of the 2022 National Defense Authorization Act (NDAA), which may include a revival of the U.S. Innovation and Competition Act to fund U.S. technological competition with China and legislation related to Xinjiang; a diplomatic boycott of, or public protest around, the 2022 Winter Olympics; and additional measures intended to support Taiwan or strengthen its overall defense systems. Movement on these issues in Washington, particularly those which the Chinese Communist Party views as core to its legitimacy, have the potential to prompt fresh backlash from Beijing that the Biden administration was insincere in attempts to stabilize the relationship and work towards limited cooperation.

Supply chains, trade and economics. Significant references to economic, trade and financial issues were notably missing from both meeting readouts, issues which are top of mind for citizens and businesses in both countries. This is an area where the Biden administration has pursued multilateral cooperation to counter China. One key example this week was the re-establishment of the U.S.-EU-Japan trilateral partnership to “address the global challenges posed by non-market policies and practices of third countries,” a clear effort to address China’s influence in the global trading system.

Coupled with the surprise joint statement on climate cooperation at COP26, the meeting shows hints of a slightly less confrontational relationship capable of managing differences. Whether this can be realized depends partly on whether working-level dialogues maintain a similar tone in amid potential negative public reaction to upcoming flashpoints. The conciliatory tone of Chinese state media and the tempering of some of the loudest “wolf warriors” suggests a desire to stabilize bilateral relations and the geopolitical atmosphere ahead of next year’s all-important 20th Party Congress.

However, none of this is likely to cause to shift China away from its long-term development objectives to achieve technological self-sufficiency, restore its territorial integrity and become a “strong, democratic, civilized, harmonious and modern socialist country” by 2049. Concerns also remain in China about the unpredictability of the American political system, with state media commentary cautioning that the United States should continue to be treated with suspicion until it demonstrates genuine appreciation for Chinese interests.

In the United States, the aforementioned redlines that are core to China’s national interest are the very same issues receiving increased attention by a rarely bipartisan Congress. Combined with the short legislative timeframe to pass the NDAA, it is increasingly likely that lawmakers will introduce fresh obstacles to disrupt the positive trajectory of the bilateral relationship in the months ahead. A true test of the Biden and Xi call will be whether these new diplomatic avenues will hold when these obstacles arise. 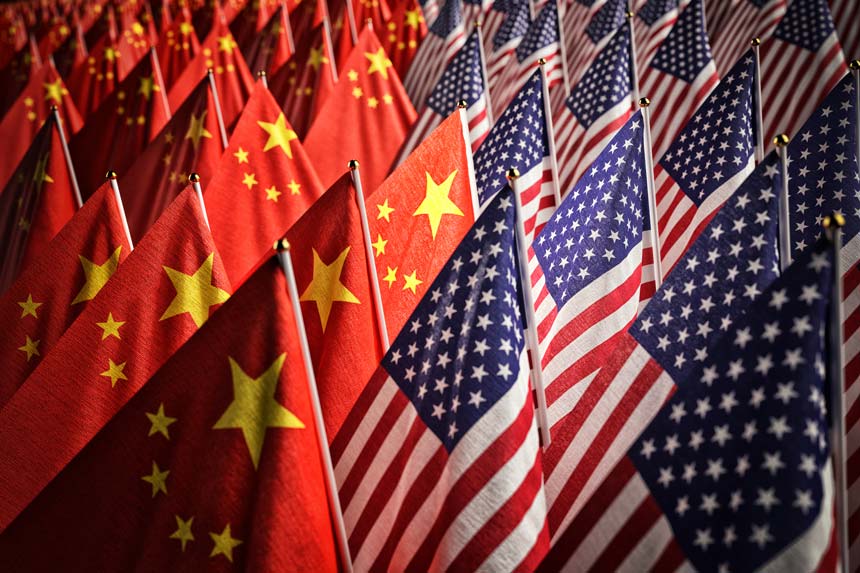