This week, the U.S. Supreme Court upheld the third version of the travel ban that directly impacts visitors to the United States from several majority Muslim countries (and North Korea and Venezuela). Despite the final ruling, few companies spoke out about the decision.

Back when the first iteration of the travel ban was announced, many companies spoke out against the ban and offered support in the form of donations and the hiring of lawyers and lobbyists to combat the change in the law. After the first ban was struck down, a second ban was issued and over 160 tech companies joined forces to file a legal brief. Some companies also expressed their disappointment with the travel ban and explained why policy did not align with their brand or their values. Others expressed that the ban would impact their business, employees and the economy.

In the joint legal brief, the tech companies expressed why they disagree with the travel ban:

“The Order effects a sudden shift in the rules governing entry into the United States, and is inflicting substantial harm on U.S. companies. It hinders the ability of American companies to attract great talent; increases costs imposed on business; makes it more difficult for American firms to compete in the international market- place; and gives global enterprises a new, significant incentive to build operations—and hire new employees—outside the United States.” – Amicus brief –  Case #No.17-35105 State of Washington v. Donald J. Trump, et al.

Last fall, APCO Insight conducted a survey among 1,000 hyper-aware and influential U.S. consumers to understand expectations for how companies can best take on stand on the issues that matter. We learned that:

We also asked how respondents felt about CEOs speaking out about a variety of different issues including immigration.

Despite the U.S. Supreme Court’s decision to uphold the ban, consumers care passionately about this issue. Even though immigration is a sensitive topic, many highly engaged and influential consumers expect companies to do more on this issue in the future. It remains to be seen how the upholding of the travel ban will impact businesses – but it is likely we will see more action from companies as it affects their ability to operate. 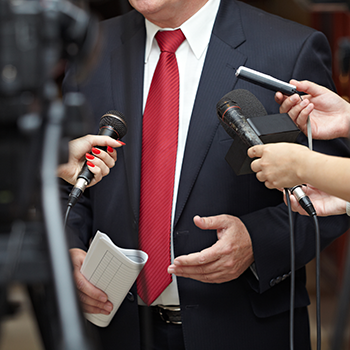