China announced several important developments in its climate agenda in 2021. The country’s updated Nationally Determined Contribution (NDC), submitted to the UN in October, confirmed its goals of achieving peak CO2 emissions before 2030 and carbon neutrality before 2060. The Working Guidance, published in the same month, outlined how these targets would be met. Yet, 2021 also saw China’s coal production surge to record levels in response to widespread power shortages.

China has so far avoided a repeat of these power shortages in 2022. The coal push, however, has continued, with senior leaders repeatedly stressing the need to “give full play” to coal as China’s “mainstay” energy source. What is driving this renewed focus on coal, and what does it mean for the long-term decarbonization of China’s energy system?

Chinese coal miners have maintained the intense level of output achieved in the second half of 2021. In the first quarter of 2022, national coal production increased 10 percent from the same period a year ago. In March alone, China’s output of 396 million tonnes (Mt) neared Russia’s total output for 2020 (401 Mt). Capacity is also expanding rapidly. The State Council, China’s cabinet, announced in April that national coal production capacity will increase by 300 Mt this year.

The current state of the Chinese economy is one of the key concerns driving this wave of activity. Despite a strong start to 2021, GDP growth slowed to four percent in the final quarter of last year. A 2022 growth target of “around 5.5 percent”–regarded as ambitious when it was announced in March–has been thrown further into doubt by lockdowns in Shanghai and other cities. After local cuts to coal production contributed to widespread power cuts last year, the government will be determined to avoid a repeat of these events as the recovery of industrial activity continues.

The broader issue of energy security is another concern for senior leaders. China’s dependence on imports for a large share of its oil and gas consumption carries risks associated with volatility in global energy markets, which have been roiled by an economic rebound in 2021 and the Russian invasion of Ukraine earlier this year. Reducing these risks through self-reliance has consequently taken on greater urgency. In October 2021, President Xi Jinping appeared to underscore the importance of this issue when he told workers in Shandong that China “must hold the energy food bowl in its own hands.” Coal–the country’s most abundant fossil fuel–carries immense significance for this pursuit of self-sufficiency.

HOW WILL THIS IMPACT CHINA’S DECARBONIZATION AGENDA?

Though the immediate goal of reaching peak CO2 emissions before 2030 is relatively unambiguous, there is less clarity about how emissions will change over the next eight years. China’s NDC does not set a cap for emissions or specify when they will peak. Therefore, the country has plenty of scope to fulfil its 2030 pledge, even with the risk that the coal push delays and increases the emissions peak.

China’s vision for coal contains two key elements to minimize this increase and ensure that emissions follow a pre-2030 peak trajectory. The first is the “clean and efficient use of coal,” a widely repeated objective which likely refers to the upgrading of China’s coal fleet. In November 2021, the National Development and Reform Commission (NDRC)–China’s top economic planning body–and the National Energy Administration (NEA) ordered all coal-fired power plants to reduce their average consumption to 300 grams of standard coal per kilowatt-hour by 2025. Additionally, all new coal-fired plants must, in principle, use ultra-supercritical units.

The second is the transformation of coal’s function within China’s energy system. From its current role as China’s main energy source, coal is set to become a “support” for the “foundation” comprised of wind and solar power, according to a speech given by President Xi in January. Coal plants will be upgraded to dial up and down according to output from renewables. The 14th Five-Year Plan for a Modern Energy System, issued by the NDRC and NEA in March, aims to upgrade 200 GW of coal-fired capacity for flexible use by 2025. In this future role, China’s coal fleet may operate at only a portion of its capacity.

LOOKING AHEAD: COAL’S TRANSITION FROM MAINSTAY TO SUPPORT

The duration of coal’s role as China’s main energy source depends on how quickly the country expands its wind and solar fleets. This expansion may occur more rapidly than expected. While China’s NDC aims to double installed wind and solar capacity to over 1,200 GW by 2030, some analysts anticipate that the country will actually reach this target in 2026. Intermittent output is likely to sustain a need for coal, though the level of support required will also be determined by the development of China’s energy storage capabilities.

Long-term coal use may also be accompanied by the application of carbon capture, utilization and storage (CCUS) technology. Though still at an early stage of development, CCUS technology features in the 14th Five-Year Plan for a Modern Energy System as a focus for R&D, demonstration projects and international cooperation. A recent agreement to explore the feasibility of a Guangdong-based carbon capture and storage hub involving ExxonMobil and Royal Dutch Shell may add further momentum to these efforts. 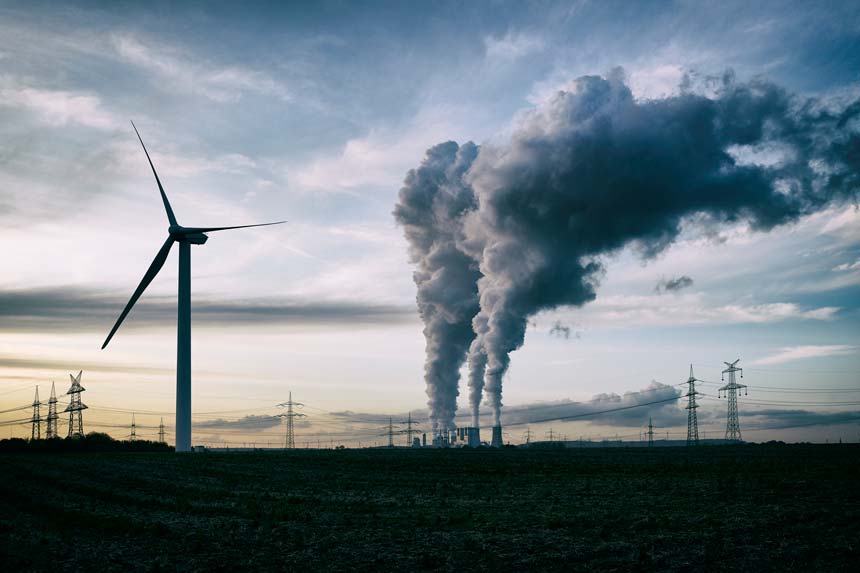