The final days of Presidential campaigns are not glamourous. They are hard work. There is little sleep. Everybody is stressed. Campaign staffers have planned for months, if not years for this moment. The “ground game” always matters, but when candidates are polling within three to five points of one another, the campaign with the better field operation usually wins. Studies have consistently shown that superior field and Get-Out-The-Vote efforts can increase a candidate’s margin by up to 5%. In an election as close as this year’s, the ground war will likely determine who becomes the 45th President of the United States. History tells us the most successful ground games have three ingredients; superior voter targeting, higher quality and quantity of voter contacts, and an inspirational candidate with an energizing message.

The Science Behind it All

TV shows like The West Wing have romanticized what a Presidential Campaign’s field operation is like. Yes, there are sleep-deprived 23 year olds running field offices like small businesses. The consumption of thousands of boxes of Domino’s Pizza is likely the only thing the Clinton and Trump campaigns have in common. But behind all the madness, there is a science. Voters are not contacted arbitrarily. The targeting and big-data driven analytics modern campaigns use more closely resemble Google or NASA than ever before. Voters are precisely targeted with tailored messages and for specific purposes. Gone are the days when voters were categorized based on their voter registration and voting propensity. Today’s best campaigns model voters based on hundreds of data points. Team Clinton has invested substantially more time and money into its targeting efforts than Team Trump has. The Clinton campaign also is building off successful analytics programs of the Obama for President and McAuliffe for Governor campaigns. Clinton’s targeting operation is far superior to Trump’s, which will give her campaign more precision as it persuades and turns out voters.

The 2004 Bush campaign and 2008 & 2012 Obama campaigns all integrated advanced analytics and voter targeting into their turnout efforts. Each campaign was technologically and analytically ahead of its time. This precision was crucial to Bush and Obama’s re-elections, as they had no margin for error. The marginal impact of their voter contacts was greater than that of their opponents. Superior analytics and targeting will become increasingly important in every election going forward.

Back to the sleep-deprived 23 year olds and thousands of Dominos Pizzas. The world’s most precise targeting only matters if you can turn those voters out. This is where the sweat-equity of hundreds of young field staffers and tens of thousands of volunteers comes in. The Clinton campaign has a clear advantage in this department. They have put a priority on voter-to-voter contact, where the Trump campaign has not. Team Clinton has far more field staff and field offices. Sheer numbers of staff and brick-and-mortar office space does not ensure a more effective ground game (Trump’s ground game during the GOP primary was weak at best and non-existent at worst, yet he beat his rivals), but it gives Hillary Clinton a head start going into the final weeks of the campaign.

History tells us that whoever plans best and is the most prepared, has the better ground game. Mitt Romney’s 2012 campaign knocked on more than 10 times as many doors as John McCain’s 2008 campaign. Romney had far more field staff and campaign offices than McCain did. To this day, the Romney campaign’s field organization is a gold standard for the Republican Party. But Team Romney only had six months to deploy its general election ground game. The Obama re-election ground game was finely crafted and build over the course of four years. That additional preparation allowed Team Obama to turn out voters that neither the Romney campaign nor the media expected it could. In a state like Florida, which Obama won by less than a percentage point, that was likely what gave Obama for America the win.

It All Comes Back to the Candidate

A campaign is only as strong as its candidate. Inspirational candidates make volunteer recruitment and voter contact easier and more effective. Party activists will not automatically take their weekends off to go door-knocking. They must be inspired and called to action. Barack Obama built a grassroots army because he inspired and motivated activists the way few politicians ever have. Hillary Clinton has struggled to piece together the coalition and motivate the base that twice elected Barack Obama. Many of her struggles during the Primary stemmed from her inability to inspire and motivate party activists. Donald Trump on the other hand, has inspired a very different set of activists. Trump has brought voters into his campaign who were never before politically active. Trump has grassroots energy and enthusiasm on his side.

A Game of Inches

This election has proved to be one of the most unpredictable of all time. With more debates ahead and the possibility of an “October Surprise,” there is no knowing what the environment will be heading into Election Day. But if the election is close, it will be the Clinton vs. Trump ground battle that determines the outcome. 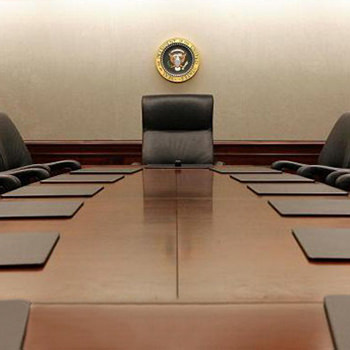