The geopolitical and economic landscapes of the Middle East have never been as volatile and turbulent as they are today. Geographically, we can make a distinction between North Africa, the Levant and the Gulf. However, there is a multiplicity of growing differences in politics, economics, culture, technology, civil infrastructure and basic needs in each of the countries across the region. As the geographical source of much of the world’s energy market, the Middle East is also an area of great power competition between the world’s leading powers—the United States and Russia—and between the world’s leading economies—the United States and China. However, in the midst of fierce competition and seemingly occupied business space, there still are geopolitical, strategic and economic opportunities for European businesses.

To be clear, although the United States remains the dominant power in the most critical area for the region’s economy—the Gulf—China is also becoming a prominent powerhouse. The United Arab Emirates, regional headquarters to the majority of Western multinationals, was one of the greatest beneficiaries of economic deals—nearly $3.4 billion worth of project deals were signed—during the Belt and Road Conference for International Cooperation in Beijing this past April.

Additionally, with the U.S. oil production sufficiently meeting domestic demand, Saudi Arabia is looking to Asian markets, specifically China, as a buyer for its main export. In the Levant, with the United States practically decreased its dominant role, China and Russia have begun taking roles in the reconstruction of Syria and the redevelopment of trade routes. Further south across the Arabian Peninsula, the diplomatic rift between Saudi Arabia, Bahrain and the UAE on one hand and Qatar on the other has complicated doing business with the Gulf Cooperation Council (GCC) as a single trade and economic bloc.

This all begs the question of what role Europe can play in the Middle East. At the geopolitical and strategic level, there are some opportunities. We are today at the brink of the JCPOA’s failure from both side as Iran is expected to renew its uranium enrichment program in violation of the Agreement. With the economic scope for engagement dead under water one should not lose sight of the need for diplomacy as military engagements proceed to play a greater role in the “message exchange” between the United States and Iran. The EU has enough goodwill and trust between all sides, the United States, the Gulf and Iran to play that role.

Additionally, Israel-Palestine remains a key regional issue where Europe can play a role. Capacity building with countries coming out of years or decades of conflict such as Iraq could also be a point of focus for the E3.

Europe also has a lot to offer in institution building, particularly with respect to establishing social regulatory frameworks for sustainable issues, including healthcare and education.

At the economic level, Europe has significant opportunities. The Middle East is already a source for many business-oriented investments in Europe—especially new investments related to citizenship and residency programs. Feeling the pinch, the UAE and Saudi Arabia, have amended their strict residency policies and made unprecedented moves by initiating investment-oriented residency programs of their own.

Policymaking, legislation and sustainability related business are strategic areas in which Europe has a globally prominent role and where there is much potential for mutually beneficial knowledge transfers. This may not be readily evident, but GCC member states are taking climate change and renewable energy seriously, with the UAE Ministry of Climate Change and Environment leading the charge.

European exports to the Middle East remain healthy yet dominated by consumer goods and heavy industry—mainly cars, luxury goods, military equipment and passenger jets. With the oil-dependent economies looking for ways to diversify their revenue, know-how and manufacturing capability will be key economic drivers for these countries. Another future economic opportunity is in healthcare, with increasing focus on the severe impacts of cardiovascular diseases and diabetes. Other areas include digitization of economies, tech education as well as high technology military industries. Latching onto these needs and developing economic relations in the region will sustain a positive momentum for Europe-Middle East relations into the future.

Despite the seemingly inherent disadvantage Europe faces in its relationship with the Middle East—compared to China and the United States—Europe has a unique role to play during this turning point in history. In turn, the Gulf countries stand to benefit from a trusted partner, not only in the markets that Europe leads in, but also in other markets removed from the power struggle between China and the United States. 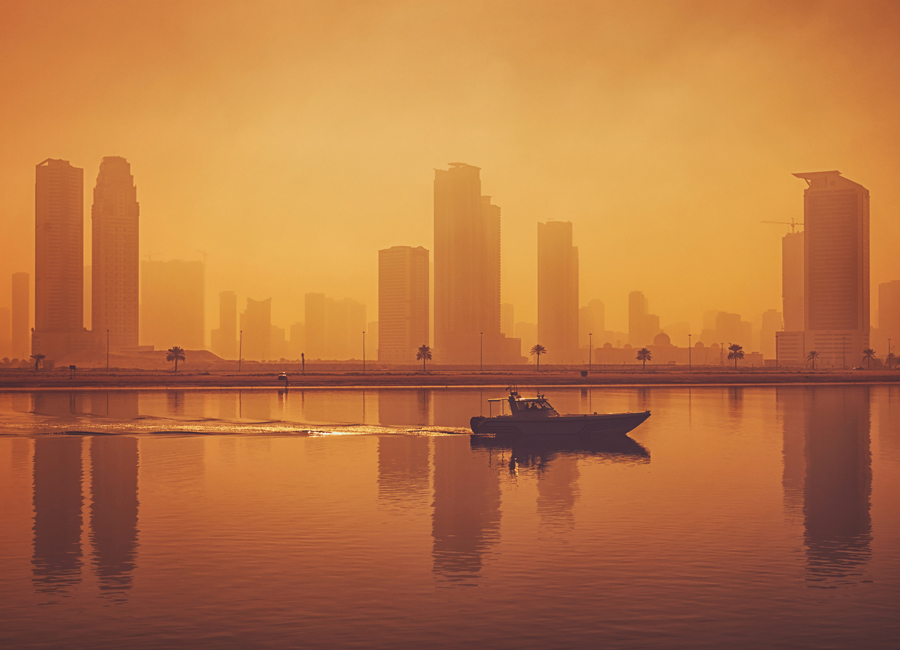