From November 5 to 10, Shanghai hosted the second annual China International Import Expo (CIIE). First announced by President Xi Jinping in 2017, the CIIE is positioned as the world’s first import-themed expo and has arguably become the Chinese government’s most important externally facing event. President Xi has vowed to ensure each annual iteration of the expo will be more successful than its predecessor.

This year, the week-long expo concluded with an astonishing total of USD 71.13 billion in intended deals – up 23 percent compared to 2018. It convened over 3,800 companies from over 180 countries and regions, which represents an increase of 18 percent from its inaugural year.

As expected, Chinese media outlets touted the CIIE as a “concrete example” of China’s economic openness, celebrating the deals and positive feedback received from foreign participants. Western media outlets meanwhile voiced broader criticisms of the CIIE as little more than a “big show” and inadequate in resolving fundamental concerns over China’s unequal treatment of foreign enterprises. These two perspectives represent a disparity between the grandness of CIIE’s display and the practical outcomes of the actual event, as experienced by participating companies.

Despite the media hype and skepticism, APCO observed some noticeable changes on the ground that present opportunities for foreign companies to leverage the CIIE for public affairs purposes.

Compared to 2018, this year’s expo predominantly emphasized Chinese imports. The Chinese leadership did not use this year’s CIIE to announce any groundbreaking new policy initiatives, but instead enabled a greater focus on concrete activities, such as deal making and business networking. This reorientation was likely a response to last year’s criticisms that the inaugural expo lacked evidence of actual commercial benefits.

The shift was also reflected in President Xi’s opening remarks. While Xi opened this year’s CIIE with a reaffirmation of China’s continued commitment to opening and reform, this year’s speech seemed less rhetorical, featuring instead a greater focus on China’s international trading relationships. Alongside announcing several measures to transition the Chinese economy towards a more market-oriented direction, Xi called for increased imports of both goods and services to reach a “new ground strategic opening.” Against the backdrop of the country’s economic slowdown, this shift in emphasis also aligns with China’s continued push towards a consumption led-growth model.

Following a largely underwhelming experience during last year’s event, many foreign companies came to this year’s CIIE with a refined sense of purpose, aiming to leverage the expo as a platform to amplify their commitment to the China market. For instance, over 50 leading foreign brands launched their latest innovations at this year’s CIIE.

According to Xi, the CIIE is “not China’s solo show… but a large chorus of nations.” The second iteration of the event demonstrated that the CIIE, while largely orchestrated by government officials, is dependent on foreign company participation to ensure the event’s success. Despite the theatrical elements of the CIIE, for many foreign companies the event presents a perfect opportunity to practice public affairs with Chinese characteristics.

When it comes to central government initiatives like the CIIE, government officials are usually under immense pressure to deliver on KPIs measured using hard numerical targets. Companies can thus leverage this Chinese-style “pageantry” to help facilitate their business ambitions for the market. The CIIE offers a platform for companies to have close engagement with government officials across different agencies and rankings that might otherwise be difficult to engage with – including local branches of the State Administration of Market Regulations and National Health Commission. This is especially true for small and medium sized enterprises who otherwise would not be able to access regulators and potential domestic business partners far removed from coastal economic centers.

The expo demonstrates the need for a strong public affairs team – better preparation yields a better return on investment. For some companies, preparations started months in advance and involved the participation of top company executives, arranging for government officials to visit a company’s booth, formalizing memorandums of understanding and designing an eye-catching and welcoming booth.

Overall, the CIIE provides an opportunity for companies to communicate their commitment to the China market and areas of core alignment with government priorities to stakeholders. Moreover, it displays a new reality for foreign companies pursuing business in China; in other words, the importance of demonstrating your company’s concrete value to China’s development. 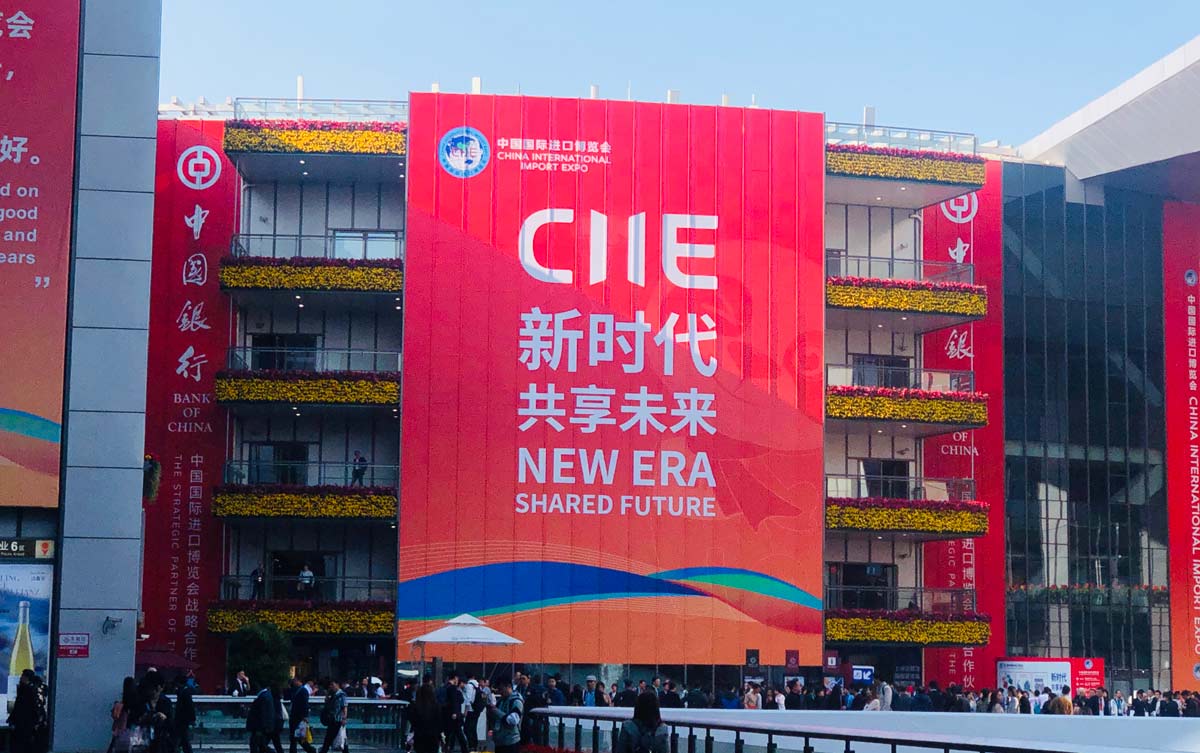