In a game that was close and exciting until the end, after two missed extra points and a botched field goal hold early on that could have changed the course of the game, it all came down to a Hail Mary pass from Tom Brady that fell short, handing the Philadelphia Eagles their first Super Bowl victory. The commercials, however, did not have the same sort of drama, with a few hits among many misses.

In a year that saw the continued fracturing of our political system and fraying of our national will, I was hopeful that advertisers this year would fill a void with messages of hope, resolve and renewal. Unfortunately, there was no “Farmer”, “Imported from Detroit” or even “Puppy Love,” a signature ad that sums up the year and national mood while building positive brand feelings and advocating for something more than a product.

A reminder that unlike most Super Bowl ad reviews, this one doesn’t focus on identifying the funniest or most popular ad (that would be tough this year). Instead, my review draws attention to the commercials and brands that align to a higher purpose of connecting with consumers on an emotional level, those which elevate the brand, address their corporate values and tap into the multiple dimensions identified in our Champion Brand Model:

This year, a handful of commercials achieved 4A status by tapping into alignment, authenticity, attachment and advocacy. The best of the lot was ineligible for the USA Today Ad Meter panel and wasn’t rated (I, too, typically only evaluate ads that run during the game, but this pause-worthy ad was too good to exclude). One brand took a break from “pushing metal” and rose to advocacy in a series of ads (with one of the ads clocking in at number 5 among panelists) as did a brand that is synonymous with beer in America (which was rated number 3 by panelists).

Like the beginning of the game when both teams are optimistic and have their game plan intact, the first ad in the game itself seemed to portend good things to come. Toyota’s “Good Odds” commercial follows the journey of Lauren Woolstencroft, who beat the odds to win eight Paralympic gold medals. This ad shows a new side of Toyota as a “mobility company,” with a clear focus on the athlete and a nod to its role as an official Team USA Olympics and Paralympics sponsor. It achieved advocacy level through not only the sponsorship but also the notion that Toyota is about more than cars, that “when we’re free to move, anything is possible” and a website that lays out its vision for the future.

This ad set a tone that, unfortunately, was not matched in the first half by any of the other advertisers. Like the two trick play passes to the Nick Foles and Tom Brady (one successful, one not), this initial strong effort from Toyota deceived us viewers.  Unlike the two teams on the field, this year’s advertisers played it safe, the result a series of generally lackluster and boring efforts.

The other 4A contenders all came in the second half; the fact the game was so competitive and entertaining certainly benefitted those sponsors.

Toyota continued to score points with “One Team” where a priest, a rabbi, an imam and a Buddhist monk all go to a football game. The ad was a little light to achieve the 4th A (advocacy) but did deliver an important message of inclusiveness and togetherness, contrasting the current political mood. With its “Mobility Anthem” commercial, Toyota says on its YouTube channel it wants to make movement better for everyone, whether you’re 1 or 100 years old and as the Worldwide Mobility Partner of the Olympic and Paralympic Games, it believes that when we are free to move, anything is possible. The ad is multicultural, multigenerational and showcases a variety of mobility challenges. At its core, the ad is about helping everyone be their best and that is a clear advocacy positioning.

Budweiser shows up nicely with its “Stand by You” commercial featuring the company’s emergency water program. Starring its employees, the ad shows how their Cartersville, GA, facility swings into action when a natural disaster affects the U.S., changing over the production line from beer to water. This ad is reflective of news stories you may have seen on this program and Bud’s commitment to the U.S. USA Today reports that over the past 30 years, the Cartersville site has helped to provide more than 79 million cans of clean drinking water in times of need. The ad scored well with USA Today Ad Meter voters, placing third, and delivers a 4A performance as well.

However, the ad which best exemplifies the full 4A commitment was technically not eligible for this review because it aired outside of the game, as it was the last ad shown before the game started. The Mass Mutual “The Unsung” commercial begins with bleak images and asks at the outset “What kind of world do we live in?” It then highlights a series of positive stories of people helping those in need and stating it’s “a calling to the nation about how great we are and how great we can be.” I had read months ago about the bikers escorting a bullied teen to school and the Cajun Navy responding to Hurricane Harvey in Houston, but the other vignettes were all new to me. “Our world is full of people looking out for each other,” notes a chyron as heroes of the stories sing the song “I’ll Stand by You.” This two-minute ad used high production value to bring us an important message at a needed time. They end with a website that details the stories told in the commercial. I encourage you to read more and think about how you might advocate for others.

A few ads were notable in attempts to rise above the fray and deliver a message meant to burnish its brand by promoting patriotism, sacrifice or the greater good. Among the notable second tier ads are the WeatherTech’s (a 2016 4A advertiser) “American Factory” (a little too America First and MAGA for some, I’m sure), Verizon’s “Answering the Call” (a nice break from the mobile phone plan wars ads), Hyundai’s (2017 4A winner) “Hope Detector” (powerfully emotional and tells us more about the company), T-Mobile’s “Little Ones” (an overtly political ad that doesn’t quite align with our view of the company) and E-Trade’s “This is Getting Old”(highlighting the fact than 1 in 3 Americans have no retirement savings and the implications).

My favorite ad was Amazon’s “Alexa Loses Her Voice” which mixed humor with the cultural shift to voice assisted technology and the funniest for me was M&M’s “Human.”

What are your thoughts on the commercials in Super Bowl LII? Did any change your impression of a brand or cause you to want to learn more about something other than their product? 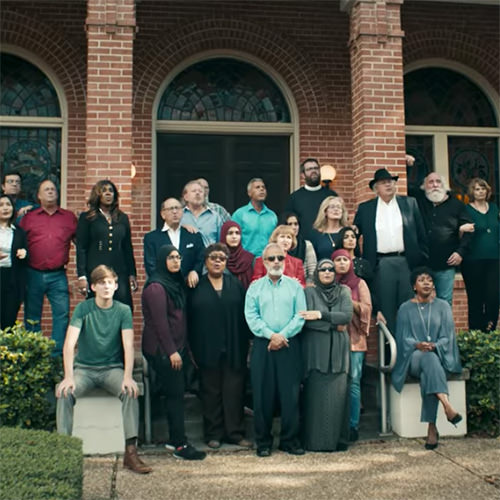