On Tuesday, Starbucks announced it would close 8,000 stores for racial-bias education training May 29. This announcement follows on the heels of public criticism and protests due to the arrest of two black men who were arrested for trespassing when they entered a Starbucks and asked to use the restroom and then sat down to wait for an acquaintance. Starbucks CEO Kevin Johnson, gave a personal apology to the men who were arrested at the store as well as making a public apology. The goal of the training is to educate Starbucks employees to recognize and address their own biases and to prevent discrimination in their stores.

“Closing our stores for racial bias training is just one step in a journey that requires dedication from every level of our company and partnerships in our local communities,” Johnson said in the statement.

APCO Insight recently published the 5 Steps to Corporate Advocacy. Starbucks’ response to the incident follows some key steps companies should take to ensure they make the right choices when they decide to address a societal problem*.

APCO’s research indicates that it is best for companies to start from a place of strength. Starbucks has already taken a stand on racial discrimination by announcing their goal to hire refugees back in January 2017. They have also given support to DACA dreamers. One of their Starbucks values is ‘creating a culture of warmth and belonging, where everyone is welcome.’ They actively do so in their hiring practices and have publicly spoken out in favor of diversity. This recent event is in contrast with their values and expressed views.

APCO also asked about if companies decide to take a stand against racial discrimination, which potential actions would be most appealing and notably, the top action was to partner with an anti-discrimination organization to improve internal policies (27%).

Starbucks’ training does just that; it addresses the issue with action, admits fault, and works to correct the mistake in its internal policies and training. A big finding in APCO’s research is that consumers want to see action. Yet consumers know that companies can’t do it alone and that partnerships are important to accomplishing societal action. Starbucks chose powerful partners to help them such as the NAACP and the Anti-Defamation League. It may not be an easy road ahead for Starbucks, but the choices they have made in the past few days follow APCO’s guidelines for corporate advocacy and indicate that they have made the proper first steps to fix a pressing social issue.

*Of note, Starbucks also announced that the training will also be made available for other companies to use in the future. 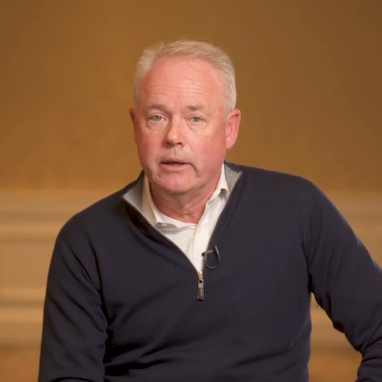