Today’s polarized political climate has created an increasingly difficult advocacy environment for companies and associations to accomplish nearly anything. A divided Congress at odds with the Executive Branch at nearly every turn has quietly pushed a significant amount of influence to regulatory agencies. Rule-making processes within agencies often fly under the radar for the mainstream media and the public at large.

But when approaching regulators, a common theme often emerges: the necessity of industry consensus.  Is what you are advocating for a position in which industry is aligned? Ganging up on a problem together, while often difficult to corral, significantly increases the odds of success. Building a coalition of your industry allies can be one of the most effective public affairs strategies today.

Building consensus, especially among daily competitors, can be tricky. Lay out a clear policy objective in which you are aligned and trust each other to remain laser focused on it. The more complex your issue is, the more complicated the map of allies and stakeholders will be. Without the focus and trust of fellow coalition members, coalitions become ineffective and implode.

Ganging up on the problem allows involved parties to pool talent, resources, knowledge and strategy to influence a policy objective. Coalition members will naturally have different and diverse assets that, when harnessed well, will bring added value to everyone. These are not just financial, but include things like subject matter expertise, reputation, influence and an engaged membership base.

“Together” doesn’t limit you to building a coalition only of your peers or competition. Another way of approaching influence and advocacy together is to take a step back and think of other experts, third parties and allies that can speak for you. Companies advocating for themselves is commonplace but, to have a bench of allies to support you that are relatable to your audience can be a policy gamechanger.  Some of the most innovative public affairs strategies today are those that have a diverse and broad group of voices advocating for the same result but in their own interest—creating a chorus effect.

To recruit these allies, think of a political campaign’s national surrogate operation. Every day a campaign is orchestrating the deployment of surrogates to cable news shows, broadcast television, podcasts and radio outlets across the country with a single message of the day. Your policy campaign should be no different but with allies and stakeholders communicating from their perspective while the desired outcome is right for them—and you.

Rosabeth Moss Kanter once wrote: “Change masters are—literally—the right people in the right place at the right time. The right people are the ones with the ideas that move beyond the organization’s established practice, ideas they can form into visions. The right places are the integrative environments that support innovation, encourage the building of coalitions and teams to support and implement visions. The right times are those moments in the flow of organizational history when it is possible to reconstruct reality on the basis on accumulated innovations to shape a more productive and successful future.”

There isn’t a silver bullet approach to ganging up on a problem together. Coalitions come in many shapes, sizes and structures. Some are formal and maintain board and some ad hoc and loose depending on the level of activity. Yet the common element is shared sacrifice for a desired outcome. 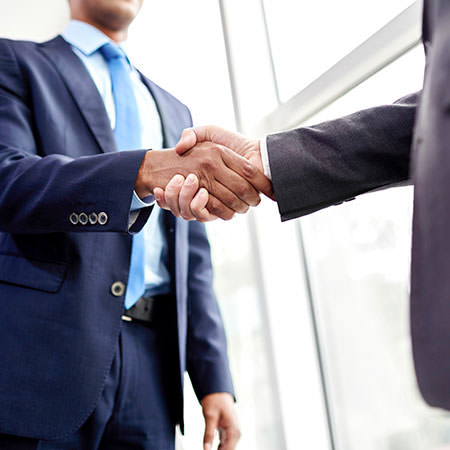