When he addresses a joint session of Congress tonight, President Biden will likely use low-key rhetoric to advocate an ambitious agenda, from rebuilding the nation’s physical and social infrastructure to strengthening American families, dismantling systemic racism and addressing climate change.

But will he persuade a closely divided country and Congress to support the most transformative program since Ronald Reagan ushered in the era of conservative governance that Biden now seeks to reverse?

Like Reagan before him, Biden is following a strategy that explains this historic moment, offers branded programs for major problems and generates momentum by keeping campaign promises and building on early successes. Consequential presidents take office with a “theory of the case,” from Reagan’s simple statement that “Government is the problem” to Bill Clinton’s complex view (which he instructed his speechwriters to stress) that the nation faced three crises: economic stagnation, social fragmentation and governmental gridlock.

Fleshing out his campaign slogan “Build Back Better,” Biden may declare that this historic moment demands not only going back to normalcy by combating COVID-19, but also helping hard-pressed families and putting people back to work, while addressing the underlying crises that the pandemic underscores, including racial and economic inequalities and environmental, healthcare and national security hazards.

The recently announced—and greeted with opposition from Congressional Republicans and skepticism from some centrist Democrats—$2.6 trillion American Jobs Plan would rebuild highways, bridges, ports, airports and transit systems, while also investing in schools, hospitals, the electric grid, broadband and caregiving.

Finally, in the core of his speech, Biden may introduce his third initiative, the American Families Plan, a $1.8 trillion federal investment in education, child care and paid family leave—also a longshot in Congress.

While Biden has an uphill battle convincing Congress to support both new initiatives in their current form, the speech’s optics and occasion may help him persuade the public.

Presidents seldom seem as presidential as when they’re addressing the country from the Capitol, with their immediate audience consisting of at least 1,600 members of all three branches of government. Tonight, only 200 carefully selected and socially distant officials will attend, starkly dramatizing two crises Biden will address—the pandemic and the riot at the Capitol on January 6.

At a time when offices and schools are reopening on a hybrid basis, partly in-person and partly online, Biden’s joint session address will be a hybrid of several speeches presidents traditionally deliver.

As with other first-year Presidents, he won’t be presenting a formal State of the Union Address but rather an appeal to enact his economic program and social policies. But, while every recent President since Ronald Reagan has given such a speech in February, Biden will be speaking on the eve of his 100th day in office to use prestigious venues to report that they’re already keeping their campaign promises.

Judged by the goals he’s set for himself – variously described as kitchen-table, bread-and-butter or, more colloquially and contemporarily, “jabs and jobs,” — Biden can rattle off the sort of statistics that Presidents love to recite to Congress and the country, usually prefaced by saying: “The State of the Union is getting stronger.” But Biden will likely segue from this good news to the need for far-reaching programs on the scale of the nation’s longstanding problems. With most GOP Senators and Representatives unable to attend the event, he will reframe bipartisanship by appealing to rank-and-file Republicans across the country to support his initiatives, as do 64 to 68 percent of all Americans in recent surveys.

Discussing economic issues, Biden will be well-served by his plainspoken speaking style, stressing “kitchen-table” words like jobs and wages, as well as more universal values such as strengthening families and rewarding work.

When he turns to reforming policing and immigration, as well as addressing the need for racial justice and national unity, Biden will need to summon the tone he mustered on Inauguration Day. After a summer of protests, a disputed election and an insurrection in the very setting where he will be speaking, Biden may express the faith in the future that melds Americans’ interests and ideals: “Democracies can still deliver.” 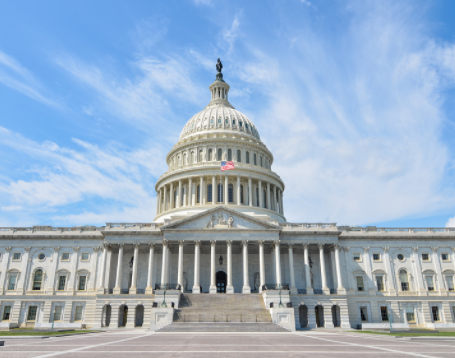