After an inconclusive election, followed by 131 days of political tug-of-war, Sweden finally has a government. The parliament voted to give the incumbent prime minister Stefan Löfven, leader of the Social Democrats, another four-year term and accepted his bid to continue to rule together with the Green Party.

The unchanged governing coalition notwithstanding, whoever thinks that the next four years of Swedish politics will be marked by status quo – meaning traditional socialist economics flavored with efforts to mitigate climate change – will probably be mistaken. This time, Mr. Löfven’s assumption of power was made possible only by the tacit support of the Centre Party and the Liberal Party, both of which demanded considerable concessions in exchange.

In a document variously called “the January agreement”, the party quartet spell out 73 reforms and policies to be implemented at certain intervals leading up to the next election in 2022. Should the government fail to live up to this promise (delivering on things like lower income taxes, allowing private welfare companies to continue make profit, and a less rigid Employment Protection Act) the Centrists and the Liberals have pledged to issue a vote of no confidence. Such a vote would likely be cheered on by the new conservative bloc (made up of the Moderate Party, the Sweden Democrats, and the Christian Democrats) and lead to Mr. Löfven being ousted thus producing a snap election.

On the one hand, the economy will in certain respects open up and become less rigidly regulated making it easier for entrepreneurs to open new businesses. On the other, environmental issues will continue to define much of the government’s work in the coming years to the likely chagrin of actors in some sectors of the economy.

Consider, for example, the following points of the agreement:

The points above should be viewed in light of Sweden’s so called “Climate Act” (which is similar to the British Climate Change Act) that was passed by the previous Löfven government and that stipulates that environmental and climate concerns should be an overriding priority in all government policies. But, how to do this without provoking the ire of the enablers in the Centre and Liberal parties, both of which tend to be much more market-oriented in economic affairs, remains to be seen.

The main person tasked with walking the narrow tightrope is Green Party leader Isabella Lövin. As of January 21, Ms. Lövin is deputy prime minister and head of the Ministry for the Environment. Having served as an MEP until 2014, Ms. Lövin will likely work closely with colleagues in Brussels and Strasbourg to implement the same policies at the EU level.

Will it work? It is too early to guess. According to the January agreement the new government will institute a number of inquiries for the stipulated reforms. That makes one thing clear: sectors affected by these reforms (nigh all major sectors, no less) have a reason to work proactively to demonstrate what the reforms might mean to them, their customers, the climate and the economy.

Paulo Silva, partner and co-founder at New Republic, co-authored this article. New Republic is associate member of APCO in Sweden. 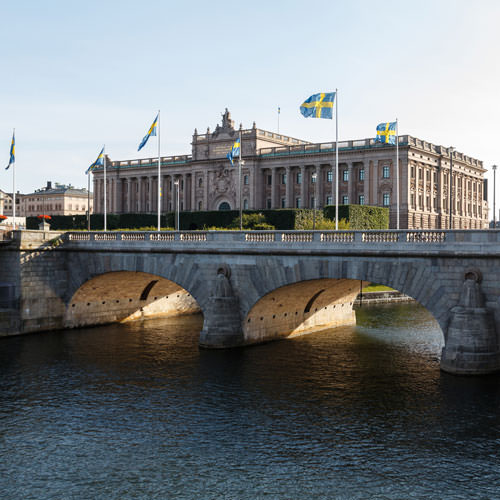