Recently, a technology columnist argued that influencers are taking over the world, while a business school professor said that influencer marketing is nothing but a scam. At APCO Worldwide, we tend to think that influencers have always existed, albeit with different labels: these are the celebrities, leaders and elites who have been able to credibly communicate their perspective to large audiences. Ultimately, communicators partner with influencers who maintain trust-based relationships with their audiences to more effectively reach and credibly convince large or specific groups.

While there are numerous techniques for identifying online influencers and segmenting their audiences, surprisingly little is known about the individuals, media sources and narratives influencing the influencers. Yet in a digital age when influencers are primarily consuming news and communicating with audiences via online platforms, it is even more important to understand where influencers turn to find information themselves. When an influencer is also a difficult-to-reach key decision maker—an executive or an elected representative—this behavioral intelligence is essential for communicators to ensure that the right message reaches the right individual at the right time.

Here at APCO, we define the science of meta-influence as who and what influence an influencer. By examining an individual’s long-term online behavior, influence patterns indicate which people, news outlets and opinions resonate with influencers and prompt them to adopt or endorse new positions.

Our digital team approaches strategic influence questions by adopting an integrated approach built upon careful identification and analysis of multiple data sources. To understand influence, we examine digital signals from a behavioral perspective:

Once our team has collected and combined relevant sources of online behavioral data, we identify and analyze the thematic and visual patterns revealed by a person’s interests, engagement and endorsements to map who and what influence an influencer.

One difficult-to-influence influencer stands out among all the rest: President Donald Trump. The American president’s digital footprint is impossible to miss, but important information about who and what influence POTUS is often lost in the noise.

Here’s a view of the online network of key individuals, media outlets and organizations influencing President Trump online, as revealed by who the president has engaged with online during the past year:

Unsurprisingly, the president is primarily influenced by a select inner circle of 10 individuals, although the group’s composition significantly differs from traditional political influencers. Nonetheless, almost 25 percent of Trump’s meaningful online interactions are with this group, even though they only account for 3 percent of the entire meta-influence network. The most frequently endorsed member of this group is Trump himself, and the president is more than twice as likely to promote his own personal viewpoints online than those of his own White House.

After thematically analyzing the content of Trump’s online engagement during the past year, several key issues emerge, including the keystone of the president’s platform: immigration. There are distinct narratives and networks of individuals influencing the president on this topic, largely from three different angles: 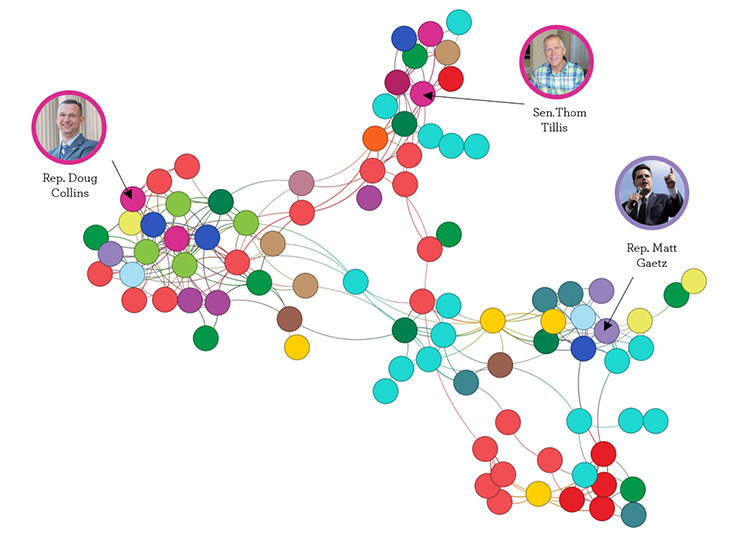 Understanding who and what influence decision makers online allows communicators to make more informed decisions about indirect influence strategies: who to meet in person, which media to pitch, which messages to adopt and which behavioral targeting parameters will be most likely to reach and influence the intended recipient of a key message. Examining an influencer’s personal ecosystem of influence enables communicators to understand an individual’s interests and motivations, providing the insight needed to influence someone both on and offline. Finally, an influencer’s long-term online behavior ultimately reveals important clues about which information sources they consult, the opinions they choose to endorse and the people with whom they associate, giving communicators an edge when scheduling in-person meetings, placing earned and paid media, drafting key messaging, developing creative content and determining digital strategy.

As the digital worlds of media, business and politics converge, digital strategists need to think like psychologists and anthropologists who use online behavior to inform evidence-based recommendations.

To learn more about APCO’s digital strategy team and to receive the full meta-influence analysis referenced in this post, please contact Cody LeBlanc. 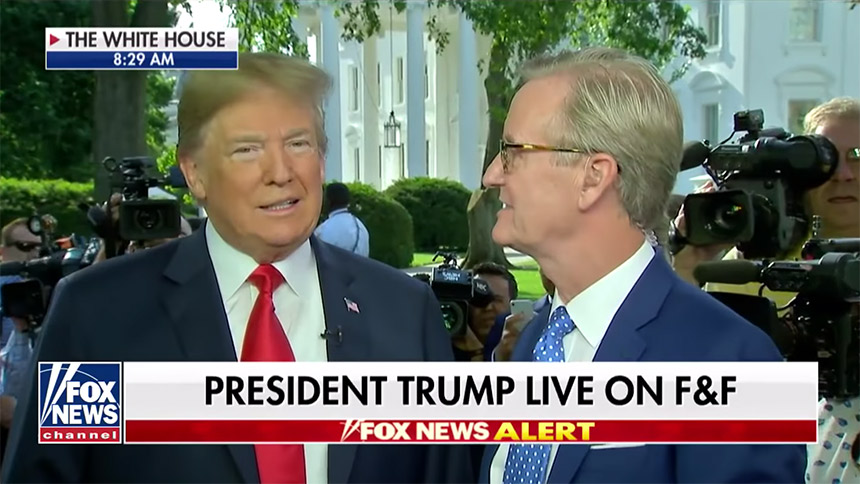