Corporate political action committees (PACs) have long been used as a way for corporate officers and executives to pool campaign contributions and make them in effect, on behalf of the company in support of or against a candidate or ballot initiative. With the increasing demands from the public on knowing more about how a corporation behaves as a “citizen,” this time-honored means of engaging in the political process is bound to come under heightened scrutiny.

Historically, while PAC contributions are publicly reported, they often operated under the radar screen. And PACs often supported candidates with positions on issues important to the company or on hot-button issues such as the environment or corporate tax reform that their customers, or even most their employees may not have agreed with.

One “ripped from the headlines” example that underscores the perils of the modern PAC involves Iowa Congressman Steve King, who has been described as one of the most conservative members of Congress. During the recent election campaign, he expressed his support for comments by a far right Dutch politician on white nationalism, saying that he “understands that culture and demographics are our destiny. We can’t restore our civilization with somebody else’s babies.” The Congressman had also said that “diversity is not our strength” and that Austrian neo-Nazis would be Republicans if they lived in the United States.

These comments were immediately endorsed by former head of the Klu Klux Klan David Duke and denounced by politicians from both parties, including the chair of the Republican Congressional Campaign Committee.

Congressman King was a ranking member of the House Committee on Agriculture and in the past had received one-third of his PAC contributions from leading agribusiness companies. Following King’s latest statements, social media erupted and tweets went out, calling on these companies to withdraw their support and threatening boycotts if they did not.

In response, several of these companies promised to stop contributing, stating that Congressman King’s contributions were “inconsistent” with their values. Congressman King won his closest re-election race in years and it will now be interesting to see how and whether these companies can establish a relationship with him and garner his support on issues important to their business.

Managing the connection and possible conflict between a corporation’s PAC contribution and its stated values and commitments to its consumers, employees and communities, will become ever more important as Americans increasingly look to corporations to take stands on public issues. Companies that don’t successfully manage this alignment may find their PACs become a liability as candidates choose to decline to accept all PAC money and criticize their opponents who do.

And companies will face greater scrutiny for their PAC contributions. After a candidate in the runoff for the Mississippi Senate seat running against an African-American opponent had been accused of making a racist remark, a major technology company was criticized for contributing to her campaign.

More than ever before, consumers and employees expect companies to reflect their values and priorities and those that don’t, whether through their direct actions, or indirectly through their PAC contributions, will hear from them rather quickly, first through social media and then in the form of lost sales and earnings. This argues for an approach to PAC fundraising and disbursement that is fully aligned with the values inherent in the corporate brand, and underscores the company’s commitment to aggressively and astutely manage its institutional reputation. 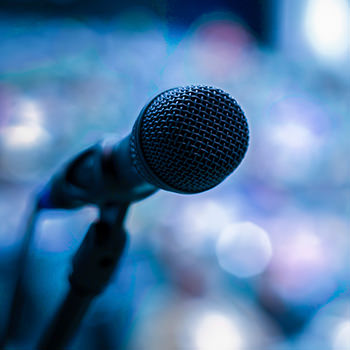