2020 is a turbulent year and global leadership is in short supply. The global health crisis and other shocks, from natural disasters to devastating events such as the explosion in Lebanon and ongoing geopolitical and security concerns are putting the urgent need for global leadership and international governance into the spotlight. But the United States is focused inwards, the UK is hampered by Brexit, France is in perennial economic crisis, and China and Russia are engaged in promoting their own political priorities. Can Germany fill the void? With her ‘double hat’ of a two-year non-permanent membership of the UN Security Council (UNSC) and the six-month rotating presidency of the Council of the European Union (Council of the EU)? Both positions grant Germany the opportunity to brand itself on the global stage and shape European and international politics. But can she lead effectively?

Elected as non-permanent member to the UNSC from 2019 to end 2020, Germany had overwhelming support, receiving 184 out of 190 cast ballots. Building on experience from her divisive previous term from 2011 – 2012, which was complicated by disagreements over action in Libya and debate on Germany’s role in the international arena, Germany sees itself as a “credible actor working to strengthen the international order” and is perceived as an essential voice for multilateralism and international cooperation at a time when this is much needed. In a similar vein, Germany branded her rotating presidency of the Council of the EU “Together for Europe’s recovery,” with the COVID-19 crisis top of the agenda. But can the country be an honest broker?

Germany has been trying to resolve European policy challenges, such the migrant crisis, Brexit, or the question what the EU should do to prevent the rollback of democracy and the rule of law in Hungary and Poland. Critics say an honest broker approach regarding Hungary is insufficient and that Germany failed its European leadership test by mishandling the migration crisis. Still, her ‘half hegemony’ in Europe gives her a boost on the global stage as the Trump Administration undermines the multilateral international order and countries seek a more reliable partner. But Germany is not known for her hard power, preferring sanctions as a countermeasure, and her citizens are unwilling to spend on military.

As she took the Presidency of the Security Council in July, Germany shone. She led important discussions on peace and security, and grasped control of the agenda by tackling an issue the UNSC had failed to lead on: health crises as security threats. Germany has long-considered the implications of pandemics as a critical security issue, and the first thematic debate under her leadership allowed for a frank discussion about how the pandemic could intensify frequent conflict drivers such as economic conditions and social tensions. Under the stark warning that “the climate emergency is a danger to peace”, Germany’s leadership continued to dominate as the Council discussed how the climate emergency generated by global warming, is exacerbating existing risks to international peace and security, while also creating new ones, making the case for swift climate action on multiple fronts.

Germany remains active on normative geopolitical issues. Consider recent statements on Hong Kong, where German Foreign Minister Heiko Maas reiterates that Europeans “must speak with one voice” if they want to stand up for their values in dealing with powers like China. This rhetoric, of course, doesn’t hurt anybody, least the lucrative German trade relationship with China. More at ease, however, is Germany with regards to humanitarian aid, as seen in the support to Lebanon, Belarus and Venezuela. Chancellor Angela Merkel called for a national dialogue of stakeholders in Belarus, with no external intervention, encouraging targeted sanctions agreed by EU ministers.

Being an honest broker, however, is much harder in notorious political quagmires. Conditions in the Middle East took a significant turn as Israel and the UAE have agreed to normalize relations, while Turkey and Iran strongly criticize the rapprochement. Heiko Maas said this could bring a new impetus for peace in the region. But it is to be seen if Germany has anything to broker in the developing situation. Regarding Turkey, Germany is torn between supporting the government in handling the migration crisis, while also standing firm on principles of democracy regarding Erdogan’s leadership and on international law.

And Germany is caught in her dependence on energy imports, both in the Mediterranean and on Nord Stream 2, where it must balance between condemning U.S. sanctions while arbitrating the case. The elephant in the room is the relationship with the U.S. While President Trump continuously criticizes Germany, the policy differences are becoming evident—not least this past Tuesday, when the Security Council dismissed a bid by the United States to reimpose all international sanctions against Iran, a motion immediately rejected by Britain, France and Germany.

Germany wants a sustainable, fair, and more innovative Europe, and one of security and common values. She wants human rights and security through peace missions, conflict resolution, the rule of law, climate change mitigation, a system of international humanitarian law, and gender equality. She also aims to “inject fresh impetus on disarmament and arms control” under the UNSC agenda. German work consistently promotes with cooperation and collaboration with partners whilst endorsing a rules-based international order.

COVID-19, geopolitical shifts and the U.S. retreat demand leadership in the Council of the EU and UNSC. Both positions give Germany the opportunity to influence security for decades to come. Four months remain for Germany to utilize its ‘double hat’ for an honest broker legacy. Hard choices will have to be made. And she will need all the help she can get. Structural challenges like the lack of significant hard power will make it hard for Germany to effectively strengthen the international order. Unless business and civil society publicly support her internationalist agenda.

APCO’s Europe experts are sharing a bi-weekly newsletter on the activities and actions of the German Presidency. Subscribe here. 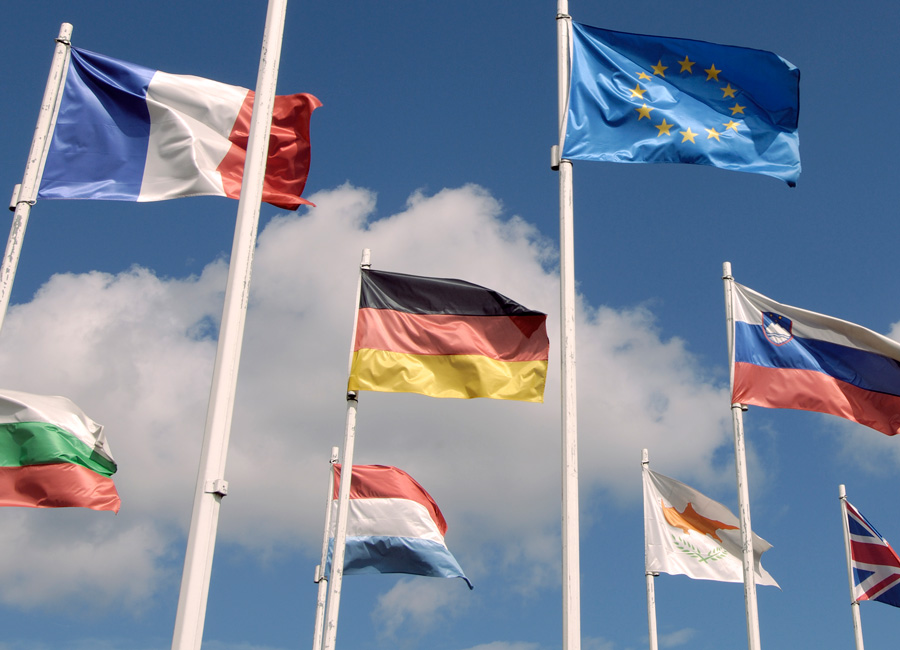