The three months that brought to a populist government

After almost 90 days since elections on 4 March, finally Italy has a government, led by Professor Giuseppe Conte, a lawyer with no political experience, and backed by the populist forces: the anti-establishment Five Star Movement and the anti-immigrant League.

The “government of change”, as described by its leaders, should focus on the socio-economic issues of national security, public order and control of migratory flows, together with social welfare, pensions and tax reforms. It is also expected to take Eurocritical positions and to push for anti-austerity economic measures and for a redefinition of the European budgetary constraints.

The long and winding road to a government

The past two weeks of the Italian politics looked like a rollercoaster: the two populist parties started official negotiations only two months after the elections but, when they reached an agreement to form a government, the President of the Republic’s veto on their designated Minister of Economy, Professor Paolo Savona, brought to an unprecedented clash of powers and to the resignation of their PM-to-be.

Therefore, the President of the Republic announced the creation of a technical caretaker government, led by former IMF Director Carlo Cottarelli, to guide Italy to elections.

However, before the last corner, the option of the populist government came back in the game: the Five Star Movement and the League accepted the Presidential veto on the Minister of Economy and presented a new cabinet, led by Professor Conte who finally was given the official mandate and on 1 June will be sworn in.

The new Government is made of a mix of technicians and politicians from the two ruling parties, with the two leaders Luigi Di Maio and Matteo Salvini being Deputy Prime Ministers and, respectively, Minister of Economic Development and Labour and Minister of Internal Affairs.

The cohesion within the cabinet should be ensured by the “government contract” signed by the two parties and it will be firstly tested in the parliamentary confidence vote at the beginning of next week. However, the parties will need to be as much resilient as it is necessary to face the potential financial backlash that could affect a still economically unstable country if the relations with the European Union will prove to be controversial. The first weeks will provide the first international tests with the important upcoming international summits (the G7 in Canada, the European Council and the NATO summit) while the draft of the yearly Budget Law will be the most important expected deliverable of the following months and will be crucial to understand where Italy is really heading to. 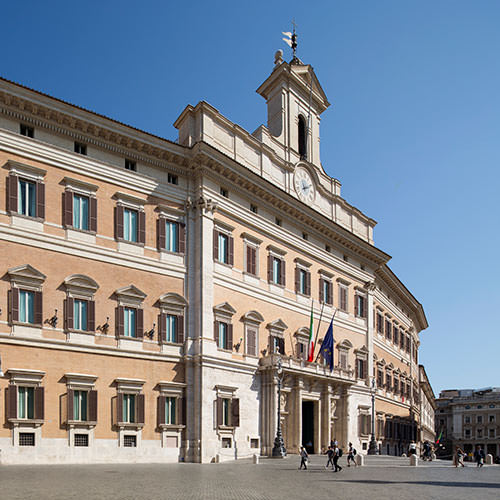