While votes are still being counted, it is clear that populist parties, mainly the 5 Star Movement and the League, have gained ground at the expense of establishment voices in Italy’s parliamentary elections which produced a hung parliament. As predicted, the 5 Star Movement has won the most votes by a single party (around 32%), while the center-right is the most voted coalition (around 37%). Within the coalition, the League demonstrated to be able to overcome Silvio Berlusconi’s Forza Italia, with an advantage of 3 percentage points. The governing Democratic Party has confirmed its downward trend in popular consensus, barely reaching 19%.

Towards a new government

With voters delivering a hung parliament, no single party or coalition will have the number of seats necessary to govern alone, including the 5 Star Movement and the center-right coalition. In this context, the President of the Republic, Sergio Mattarella, will give the mandate to form a government to the person with the highest chances to win the confidence of the new parliament. Will this person be Luigi Di Maio, leader of the Movement, or Matteo Salvini, leader of the League and now theoretically of the coalition, or someone else, this is yet to be seen as informal talks between the various parties will soon begin.

On paper, some different alliances could reach the numbers to create a new executive, but this would mean for some parties to go back on their word on joining forces with their rivals. What is certain is that a grand-coalition government between the Democratic Party and Forza Italia is not an option any more, as they do not have the required number of seats to reach a majority in parliament, which will hold its first session on 23 March. That day, when the presidents of the chambers will be elected, will be the first test to understand what the parliamentary majority could look like. An alliance between the two winners, the 5 Star Movement and the Northern League could become a possibility, thus bringing to life a Eurosceptic, populist government in a clear blow to European establishment.

Given the results, the big challenge for the Five Star Movement could now be to transition from being an opposition party to a governing force, able to deliver on its electoral promises and to steer the country, an even more complex situation than those experienced in Rome or Turin, where they are heading the local administrations.

For the first time in the past 24 years, the “Berlusconi effect” and his one-man-show have failed to work their magic. Silvio Berlusconi is now living a difficult moment as, for the first time ever, he has been beaten by an ally. Forza Italia ranked second in the coalition and, based on the internal agreements, he should now let Salvini claim the premiership. As a consequence, he will also see his role of kingmaker largely reduced. Moreover, the hardliners in Forza Italia could now have room to push the party towards more anti-European positions, closer to Salvini’s vision.

The day after the election, Matteo Renzi, former Prime Minister and secretary of the Democratic Party, is also licking his wounds, as the poor performance of his party could be seen as the punishment for inadequate policy decisions on key issues such as employment and immigration. The center-left coalition, headed by the Democratic Party, has also paid the price for Renzi’s falling popularity, especially following the rejection of its reform plan by Italian voters back in December 2016. Rumors of his imminent resignation as party secretary are already circulating.

While the counting of votes continues and seats in parliament are allocated, markets are already showing some signs of distress. In reaction to the election results and potential instability of the country, Milan stock exchange opened with a downturn of 2% this morning, impacting mainly Italian banks and Berlusconi’s TV broadcasting company Mediaset.

All eyes will now turn to the two winners of the electoral competition and to the President of the Republic, who will have a great influence in party negotiations to form a governing majority and in guaranteeing some stability. Needless to say, the 4 March was only the first step in a longer political process that will lead to a new government in power.

Watch the following video from our Matteo Martone, with key takeaways from the election. 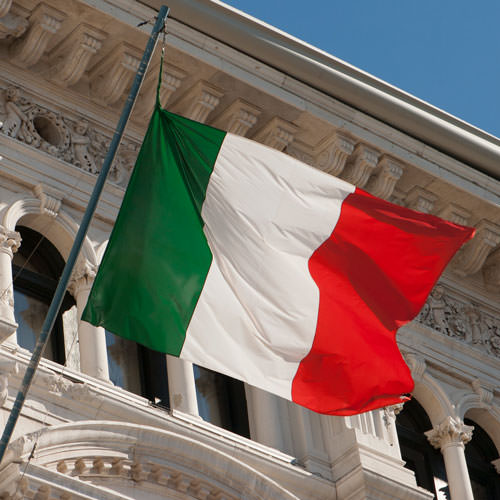