For the fifth time in four years, 6.8 million Israelis will be eligible to vote in a general election—this time, on November 1, 2022,. Israel’s outgoing government collapsed in June 2022 following the loss of a majority in the Knesset, the Israeli parliament.

The election is particularly distinct as Israeli Prime Minister Yair Lapid will run as an incumbent—the first non-Netanyahu figure to do so since 2009. Lapid will run on the strength of his foreign policy and security achievements, including high-profile meetings with world leaders at the UN General Assembly in September.

As with previous elections, the dividing societal issue remains the question of Benjamin Netanyahu’s fitness for leadership, given his ongoing corruption trials. Unlike prior campaigns, the November election has seen several domestic policy-related issues raised, including cost-of-living, as well as religion and state dynamics.

The election is likely to be determined by voter turnout, especially among the Arab community, with parties campaigning to activate their respective bases. Polling within the Arab community has shown what could be a historically low turnout, potentially endangering Arab representation in the Knesset.

The parties of Israel’s outgoing governing coalition, led by Prime Minister Yair Lapid, have campaigned on the professed successes of the 10-month government, noting advances in foreign policy and domestic issues.

Israel’s opposition parties can be divided into two camps: the right-wing and ultra-Orthodox Jewish parties, who ran on a campaign to return former Israeli Prime Minister Benjamin Netanyahu to the premiership, and the Hadash-Ta’al party, an Arab party that campaigned on the traditional messaging of the Arab community.

The current campaign is notable for several “third party” candidates running on lists that present little more than the brand name of the individual leaders at the head of single-issue parties.

Read APCO’s full outlook of the Israeli general election below and click here to download a copy. 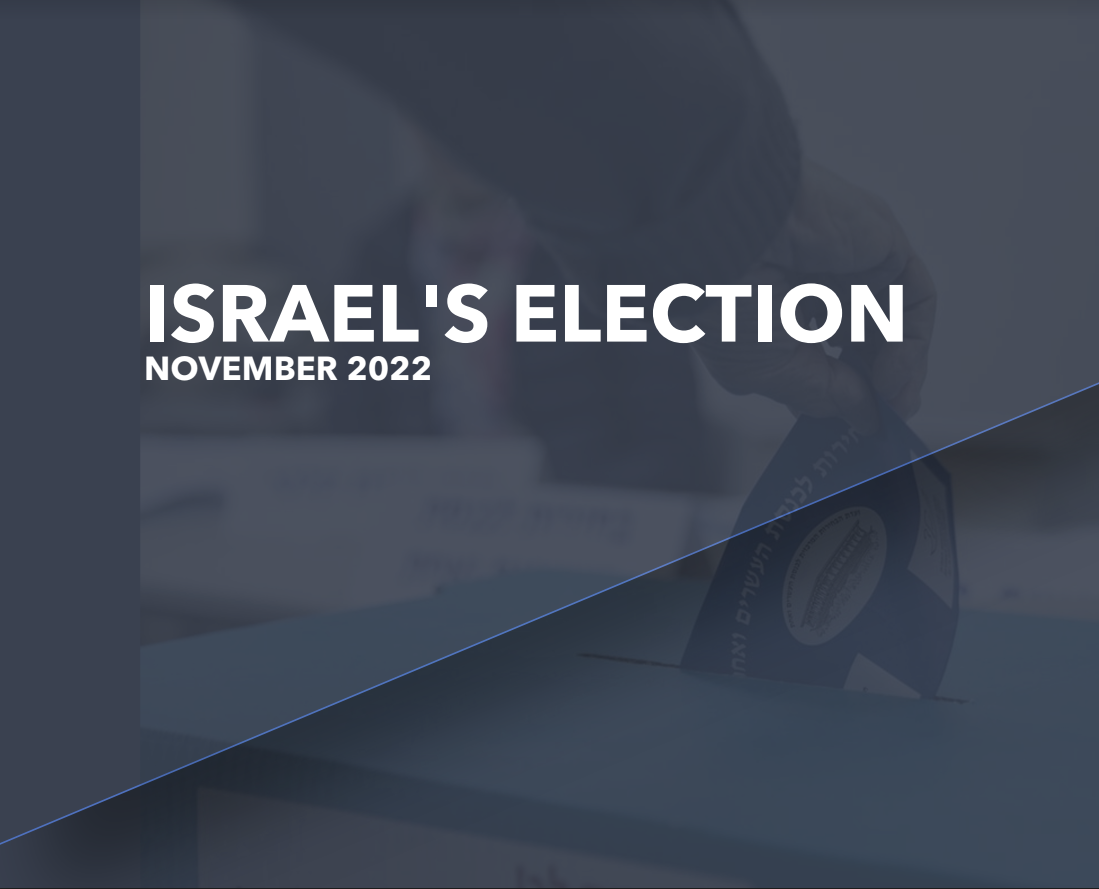