A military standoff between India and China in northern Ladakh, along a long-disputed border, has stirred up serious tensions which could have enormous geopolitical consequences for a world battling a pandemic for which many blame Beijing.

Shoving and pushing between Indian and Chinese troops in sub-zero temperatures does occur, but this was the first time in 45 years that soldiers died, prompting a wave of protests from India, accusing China of breaking the long-standing rules of the game.

Indians demanded the government hit their neighbor hard, militarily by pushing back and economically by banning Chinese imports.

The relationship between the world’s two most-populous nations can be seen through five different prisms—history, immediate neighborhood, larger external world, internal politics and trade—each of which is playing a role in deciding where ties are today and where they are likely to head in the future.

First history, which today is largely dictated by what happened six decades ago when India lost a border war to China in 1962. The memories of that event make India’s journey with Beijing difficult. Since then, suspicion has been the bane of bilateral ties.

The border war led to a collapse in diplomatic ties and frosty relations for many years before some degree of normalization was achieved through a series of key agreements. These ensured borders largely remained peaceful, while the two sides talked to find a solution to a problem which was left behind by the British, who had ruled India until 1947.

Second, India’s immediate neighborhood is fraught with challenges for New Delhi. While China has always been Pakistan’s “all-weather” friend, it has now entrenched itself in Nepal, Sri Lanka and Bangladesh—earlier seen to be in India’s sphere of influence—using its Belt and Road Initiative (BRI).

In Sri Lanka, China built a port in southern Hambantota, raising fears in India that it could be used as a Chinese naval base. Furthermore, Nepal just drew a new map showing land belonging to India as its own, thumbing its nose at New Delhi.

India, fearful of losing control of its backyard, feels surrounded.

Third, the larger external environment has been vitiated by the stress between China and United States. India has, in recent years, grown closer to Washington, buying state-of the-art arms including military helicopters and aircraft to boost its defenses. India is joining hands with countries such as Japan, Australia and the United States to build the Quadrilateral Security Dialogue, which China sees as an existential threat.

And its opposition to the BRI, coupled with its decision to not join the Regional Comprehensive Economic Partnership, a proposed free trade agreement between ASEAN nations and Australia, Japan, China, New Zealand and South Korea, have been other pinpricks.

Also, India’s recent election to the United Nations Security Council and its election as the chair of the World Health Organization’s (WHO) executive council cannot sit well at a time when the United States and other nations are calling for a probe into the WHO’s role in allegedly smoke screening the spread of COVID-19 pandemic.

And that brings us to internal politics in India. Nationalism and self-reliance are two key policy planks of Prime Minister Narendra Modi’s government. Renewed nationalism has led to a scenario where China is now the new enemy, and the Indian government is under pressure to deliver to its citizens.

“Ban Chinese goods” is the new slogan of many in India, where people threw out Chinese-built televisions from their homes as a sign of protest over the killing of the 20 soldiers.

However, this is where lies the biggest challenge. It is one thing to throw a television out of the window, but quite another to suddenly cut business ties with your second-largest trading partner.

Bilateral trade stood at around $85 billion in 2019, with China accounting for over 5% of India’s total exports and more than 14% of imports—a huge trade deficit.

Widespread bans won’t have a desired impact as approximately 75% of smartphones sold in India are made by Chinese firms and China accounts for 67% of India’s imports of electronic components. Sixty-seven percent of India’s pharma ingredients come from China, as do 45% of consumer durables and 18% of auto components.

India is, therefore, taking different steps to impact Chinese businesses. As a start, it has banned 59 Chinese social media apps, including Tik Tok, which had huge downloads in India, on security and privacy grounds. It has also asked state-owned phone companies to not buy Chinese equipment and prevented Beijing-linked firms from participating in some infrastructure projects.

More such moves can be expected, as India sends out signals internally and externally that it is ready to take on China even as troop buildups and border talks continue.

The Ladakh conflagration has, however, changed bilateral dynamics forever as it has forced India to seriously reconsider its national priorities. As a former Indian ambassador to China said: for minor tactical gains on the ground, China has strategically lost India.

(With additional inputs from Anusha Sharma) 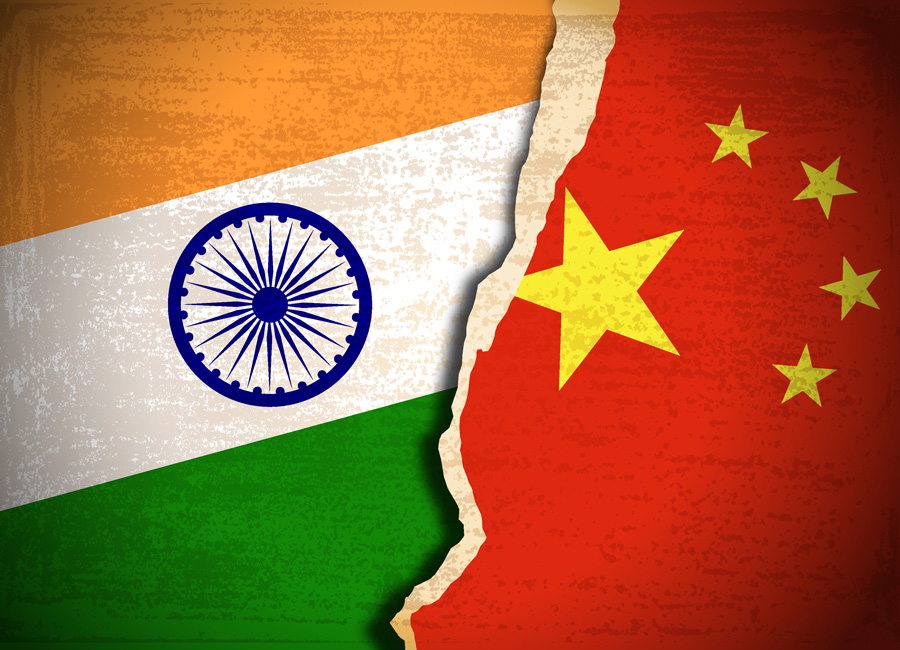