As of mid-2021, UNHCR estimates that 84 million people had been forcibly displaced worldwide. To learn more about what companies can do to improve the lives and livelihoods of refugees globally, members of APCO’s global partnerships team Hilary Brandenburg and Helena Deman, sat down with Veronica “Noni” Rossini, Acting Executive Director and Director of Marketing and Communications for the Tent Partnerships for Refugees (Tent),* a non-profit organization launched in 2016 to mobilize the global business community to include refugees, with a network of over 200 major companies committed to economically integrating refugees in their host communities.

Q: Can you describe the Tent Partnership’s work and your membership model?

A: Tent’s mission is focused on inclusion–we encourage companies to think about refugees as customers, employees and entrepreneurs rather than people who need our charity. We encourage businesses to make forward looking commitments, and work with our member companies to launch tailored programs and initiatives to be more inclusive of refugees. As of 2020, Tent’s network had pledged to hire nearly 40,000 refugees, to support about 5,000 refugee entrepreneurs and tailored products and services for about 144,000 refugee customers. In the past 14 months, these numbers have continued to increase substantially.

The Tent Partnership was founded in 2016, by Hamdi Ulakaya, Chobani’s founder and CEO, at the peak of the Syrian refugee crisis. Hamdi had been hiring refugees for some years at Chobani’s plant in upstate New York, and had seen that they were some of his most loyal and hard-working employees. With some small investments, Chobani had been managing a very successful hiring and performance system. He arranged for translators who could help non-English speaking employees on the factory floor and set-up a shuttle system to bring the workers from where they live to the factory. He was inspired by this experience to create Tent in order to encourage more companies support refugees in more sustainable ways.

Q: How has your organization evolved since its launch in 2016? What can members gain from joining the network?

A: Since Tent was founded in 2016, we have veered away from the traditional grant-making model to support refugees, and instead have been focused on building a robust business network committed to supporting the economic integration of refugees around the world through activities like hiring and training. To do this, Tent provides consultancy services to member companies to help them make their refugee commitments a reality. Tent’s services to members include:

Q: What is expected of Tent Partnership members?

A: To join the Tent Partnership all we ask is that companies express an interest in making a difference in this space. Our barriers to entry are purposefully low. Once companies join the Tent family, they get access to consultancy services and one-on-one support from the Tent team to successfully set up pilot hiring programs and other activities. What’s been great to see is that while there was some initial hesitancy for companies to join when we first launched given the politicized nature of refugees, now companies are much more eager to be public about their support for this population.

We are proud of the commitments that our member companies have made. To name a few–in 2017, Starbucks made a commitment to hire 10,000 refugees over 5 years globally, including 1,000 refugees across stores in Canada. Philips has committed to provide work placements for 100 refugees in the Netherlands and Germany by 2024, building on its program to offer training and mentoring support for refugees. Sodexo has hired more than 1,800 refugees in 8 countries over the past 3 years, providing refugees with support such as language training and professional development coaching. Ben and Jerry’s is investing in refugee entrepreneurship through its Ice Academy in Europe, which helps refugee entrepreneurs develop business ideas while offering them part-time work.

A: The United States has pledged to resettle about 95,000 Afghans by the end of this year. To date, about 75,000 have been resettled in communities around the country, with an additional 20,000 expected to be resettled by the end of 2022. Within the United States, the main locations for resettlement are the Washington, D.C., and Northern Virginia area, Houston and Dallas, Texas and California. In the initial phases of resettlement, there have been some obvious challenges including housing, language barriers and school enrollment for Afghan children. Finding employment is another key challenge that is emerging. The nine resettlement agencies that are tasked with resettling refugees and providing them with wrap-around services in the United States were under-funded and under-resourced during the previous presidential administration, so the arrival of Afghan refugees came as the resettlement agencies were already stretched.

We launched the Tent Coalition for Afghan Refugees in September in the immediate aftermath of the fall of Kabul. It has since grown from 30 private sector partners to over 70 member companies, including Amazon, Pfizer, FedEx, UPS and APCO Worldwide—all collaborating to share best practices and increase capacity for hiring and training Afghans who are being resettled in the United States. We offer very hands-on support and advice for member companies, to ensure that Afghan refugees’ integration is as smooth as possible.

Employment is something that can make such an incredible difference in someone’s life—not only for financial stability, but because it allows an individual to build a new social network, learn the language more efficiently, and helps create the essential social fabric that is so important to successful resettlement. Tent works with companies to ensure that there are no artificial barriers in the recruitment process that might screen out people that would otherwise be perfectly suitable for the job, including language barriers and confusion around foreign professional credentials.

Q: What else is Tent focused on, and how are Tent companies bringing these priorities to life?

A: In addition to helping companies with hiring programs, we are also focused on encouraging companies to provide mentorship opportunities for refugees. In partnership with Catalyst, we launched a Refugee Women’s Mentorship Initiative in November 2021 to encourage mentorship for refugee women across 10 European countries, including France, Germany, Spain and Italy. Through this initiative, companies, like PepsiCo, are encouraging their employees to mentor refugee women on specific skills, such as resume writing and professional networking. We are also running a similar program for LGBTQ refugees, partnering with the Human Rights Campaign (HRC) in North America and Stonewall in the UK. 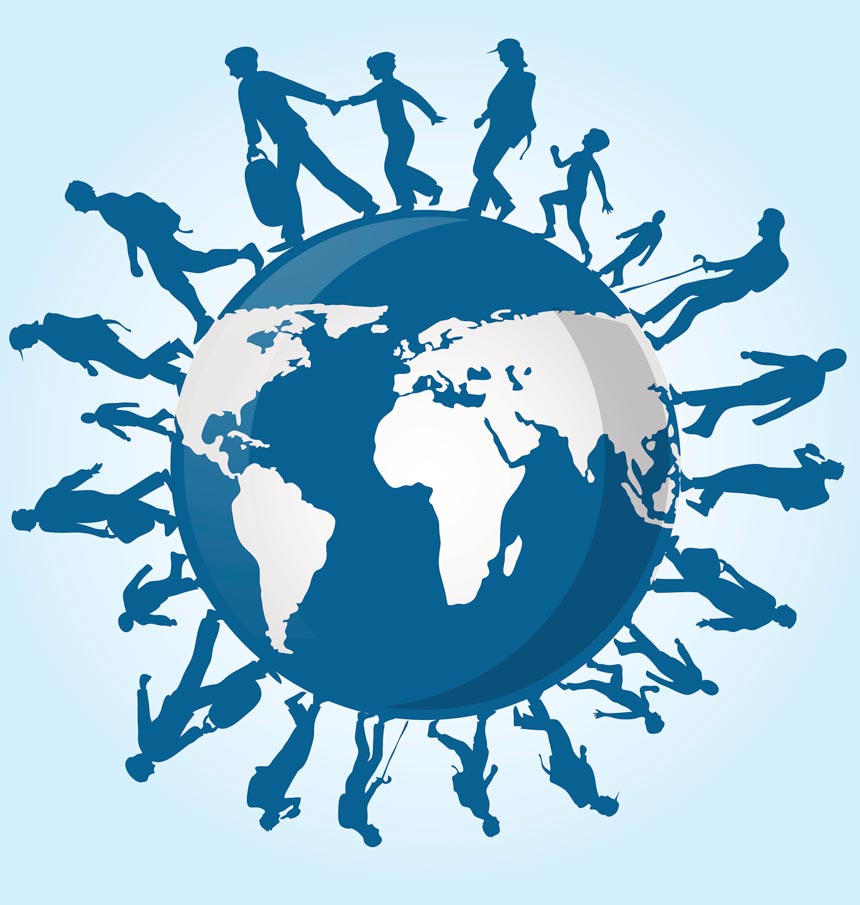