It does not take a pollster or professional pundit to see that the writing may be on the walls for the Republican majority in the House. If your plans to shape the agenda on Capitol Hill and get results have focused on Republican lawmakers and stakeholders, odds are they will be horribly out of date in six months.

This isn’t something new. Every two years the United States swears in a new Congress, and like clockwork, every two years organizations scramble from the day after Election Day through the first hundred days to make their mark and get their issues on the Congressional agenda.

In the possible event of a Democratic Party takeover of the House or Senate, the parties and acceptance speeches of Election Night will quickly turn into the sobering realization the next day that there is work to be done.

For organizations or groups looking to have their issues prioritized by the new Congress, there are three audiences you must keep in mind: leadership, the establishment and freshmen members.

The makeup of the Democratic leadership in the House is a big question coming into the 116th Congress. Leader Pelosi remains one of the Democrat’s best fundraisers and biggest political liabilities. The closer we get to Election Day, and the more the odds improve that the Democrats will take back the House, the more you can expect to see talk of alternatives rising up to challenge Pelosi’s claim to the Speakership. Potential leadership will have their own agenda, but they will have to balance that with a host of freshmen who they’ll need to appease in order to garner enough votes to get anything through.

Republicans picked up 63 seats during the 2010 wave election. From the 111th Congress to the 115th – from 2009 until 2018 – Democrats have gone from having 256 seats in the House to 193. That swing means that a lot of the old guard have either been voted out or retired, and the Democratic members who have survived several bad electoral cycles for the party, have found themselves in positions of seniority. If the Democrats win the House, these one-time ‘back benchers’ will be jockeying for chairmanships and other leadership roles.

These members are generally easy to spot. Who is raising money for the party and other candidates? Who is on CNN or MSNBC? Who is traveling outside their district to campaign for Democratic challengers looking to win the majority? These are the members to keep an eye on. They are ambitious and have an agenda. Finding those members who share your priorities and getting on their radar early will help to make your causes part of their agenda for growth within the caucus.

To those lucky enough to be elected as a Member of Congress, your freshmen experience can be very similar to your freshmen year of college; there’s an orientation, a scramble to make new friends and you spend most of your time making sure you have enough money not to get kicked out.

Many freshmen come in with a list of priorities of things they’d like to see done, but that is usually fairly narrow and limiting. Perhaps a new Member of Congress ran primarily on health care and has strong opinions on where she or he wants to focus on that issue. It does not mean however that they know where they fully stand on foreign aid, or infrastructure spending or any one of a litany of things a sitting Member of Congress needs to know and have a binary opinion on.

All three audiences need to be approached in different ways, and depending on your organizations goals and aspirations, you will need a plan for each of them; that plan should start now.

Here’s how you can prepare:

While the political winds have clearly shifted in one direction, there is still a lot of open water to sail before groups reach the beginning of the next Congress. Primaries in major states have yet to be decided, and big, high profile general elections are still staffing and gearing up. If you want to get your issue on the agenda of the next Congress, now is the time to get your issue on the agenda of the possible next Member of Congress. Organize in districts that are likely to swing from one party to the other. Work with media outlets to get your issue asked in interviews or during candidate debates. Inform potential allies ahead of time and have candidates use your talking points at events. It’s easier to get on the agenda while they’re a candidate than a congressman-elect. Take advantage and get in now.

Think About the Next Election

The 2018 election will happen, new members will get elected and will immediately begin thinking about 2020. If the Democrats take back either or both chambers, you will see leadership and freshmen attempted a balanced focus on formulating an agenda that brings those voters back to the polls in 2020, and raising enough money to get the word out. The establishment will have largely the same priorities, but will also be focused on the 2020 presidential election, as some members aspire to move down Pennsylvania Avenue to the White House.

Only months after the new Congress starts, activists, organizations and organizers will make their way to Iowa and New Hampshire, where they will begin to shape the presidential debate.

If you are one of those activists, organizations and organizers, this means your window is tight. It means now, not later, is the time to prepare and take action to make your mark on the next Congress. 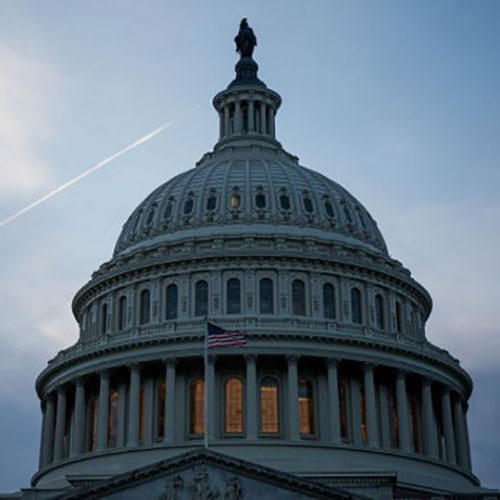