Given the fraught political and social times we’re living in today, brands are stepping up to take a stand on issues seemingly more than ever. This is primarily due to consumers becoming more informed, louder and organized to put pressure on brands – all through the ubiquity of engagement on social media platforms. Today, just over a decade after Facebook and Twitter first launched to the public, these platforms connect people from Morocco to Kansas and have inspired and helped massive social movements organize – from advocating for trans-gender bathrooms in North Carolina and coordinating the recent Women’s March to CEOs leaving President Trump’s councils. These online discussions have spilled onto our streets and forced many brands to take a side in civil and social debates.

So, how can brands best determine when and how to take a position on an issue and connect with their customers in meaningful, non-transactional ways and effectuate real change?

At Fast Company’s Innovation Summit in New York this week, leaders from the Metropolitan Museum of Art, DoSomething.org and Color of Change discussed solutions to this timely question, looking at when to take a stand and how to be most effective.

Determining when (and when not) to take a stand.

Every week, there seems to be a new injustice, a new march, a new problem to take issue with – and it can often feel as though brands must respond. But, brands can afford to not take a stand. In fact, it’s often best to assess the situation and see how a new issue plays out in the media and on social channels before jumping into the public fray. This is not only to determine how the issue is being talked about and framed in society, but primarily to decide if the issue at hand truly aligns with a brand’s values. If an issue doesn’t come into direct conflict with a brand’s values and previously stated positions, and if it doesn’t alienate a brand’s customer base, a brand can often choose whether to enter the fray.

Let’s be honest, every company will not be able to support a side of every headline-leading issue. But companies should stay on top of the news cycle and proactively discuss the topics of the day and how they relate to the company’s core values in the case they do choose to speak out.

How to connect with customers in a meaningful way – and not perpetuate #slacktivism.

Activists, and Millennials in particular, have taken a lot of heat for creating, perpetuating and acquiescing to a culture of “slacktivism”: where someone posts on social media using a popular hashtag…and takes no further, concrete action. Yet, the reality is that most people won’t be engaged enough with every issue to take to the street carrying a sign or calling their legislator about a new bill. So how can brands create movements that effectuate real change?

To start – recognize that some online movements can be truly meaningful, and determine if your cause will be able to garner the result you ultimately want by staying in the digital world. Aria Finger, CEO of DoSomething.org, referenced the #nudeawakening campaign the company launched, which ultimately compelled Merriam-Webster to change the definition of “nude” from “having the color of a white person’s skin” as it was viewed as racist. It was a smaller campaign and a simple, straightforward ask to Merriam-Webster. So, with a strong online-only campaign, they quickly got the attention of Merriam-Webster and were able to get the definition updated.

Alternatively, people are still suffering in Flint, MI due to water poisoning and tweeting in support of more funding or changes to policy isn’t enough to fix the problem. Addressing this complex issue requires engaging multiple levels of government through a variety of tactics to truly address and solve the problem (both short-term and long-term).

With that in mind, brands looking to move the needle on issues they care about need to have a smart strategy to inspire engagement and sharing content that delivers their message. Otherwise, they’re just “supercharging” the sharing of information without realizing their goal, according to Rashad Robinson, executive director of Color of Change.

Brands, and those of us counseling them, need to think through a few preliminary steps before starting or joining a new campaign.

By taking a strategic approach to each cause, brands can be smart and more effective with their social issues campaigns. It’s only a matter of time before the next big issue surfaces that will test a brand’s ability to defend its values and reputation. 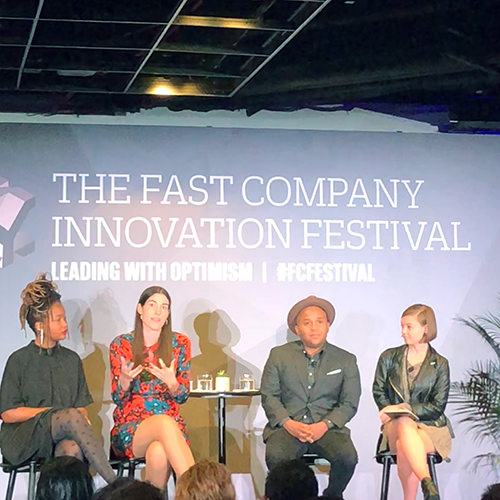