A number of recent articles and commentaries in the health care space have focused on the uncertain and turbulent times, referring to Brexit, Donald Trump’s victory and the global rise in populism and nationalism.

A group of public health experts from the UK and the USA provided a scorecard in The Lancet about the implications of Trump’s presidency with a number of warnings about dire consequences for public health, global health and the role of science in public policy.

Pharmaceutical Executive highlighted the Path of Uncertainty in its 2017 Industry Forecast anticipating changes in policies stemming from Brexit, the Trump victory and the upcoming elections in France, Germany and Italy that could give further rise to populism and nationalism leading to discontent over rising health care costs, pressures on drug pricing, reduced regulations and crowd-pleasing law enforcement charges against individual companies relating to claims of suggested kickbacks, price fixing and unethical behavior.

But what are the implications of this new challenging, turbulent environment for health care communications?

Communications need to take a new and broader approach to justifying the costs of new drugs and medical innovations.

“The market has become significantly more difficult in terms of getting payers to cover new drugs, and one of the implications is that value communications needs to be much broader,” says the leading health economist Ed Schoonveld to Pharmaceutical Executive. It will be necessary to go beyond providing economic data to payers and to “communicate more broadly to provider organizations and medical associations, because the debate around affordability and value of drugs has clearly expanded.”

Interestingly, the urgency to argue more forcefully for the value of pharmaceutical drugs is not just driven by the Trump victory. A reset of the debate about pharmaceutical pricing was long overdue, and it was Allergan that broke the mold on the issue already in September last year with a full-page ad in The New York Times announcing a “social contract with patients,” including promises to keep price hikes on branded medications to an acceptable level and to balance the profit motive with legitimate investments in R&D that could yield life-saving drugs.

Similarly, the value of medical devices and technologies will need to be demonstrated to audiences beyond surgeons and clinicians, making a compelling case for their value to health systems executives, payers and patients. Furthermore, medical device and technology companies will have to communicate the value of their devices and technologies within the context of new value-based bundled payment models and risk-sharing agreements with payers and health systems.

Health care PR traditionally relies on science and evidence as the cornerstones of communications, but in this volatile era these established bastions of may come under pressure. President Trump’s suggestion that he might invite Robert F Kennedy junior, a fervent anti-vaccine campaigner, to chair a commission on vaccine safety, has sent shock-waves through the public health community and vaccine industry.

The implication is that we can no longer take for granted that existing consensus about science will be upheld. The value of scientific evidence will need to be reinforced, and health care PR practitioners will have to think about new ways to amplify the critical value of evidence, not just by providing rational arguments based on scientific data, but by humanizing the science and the value of evidence-based innovation to bolster against populist sentiment, anecdotal evidence and poor science.

The rise in populism and nationalism does not very bode well for global public health.  As an example, there are reasons to be concerned about the United States’ continued commitment to the Sustainable Development Goals; and PEPFAR, the US President’s Emergency Plan for AIDS Relief, could be in jeopardy, undermining current important efforts to address the rise in new HIV-infections among young women and teenage girls in Sub-Saharan Africa.

This is a challenge – but also an opportunity – for the global public health community to protect and reenergizing the extraordinary efforts to curb the AIDS-epidemic and address other global health challenges and emerging epidemics. It will require an elevated approach to amplify the message and make it relevant and tangible to the public in the Western donor countries. The recent Ebola and Zika epidemics are serious reminders that we are one world and that infectious diseases and viruses don’t know about borders and walls.

The current anti-establishment and anti-government wave could lead to deregulation in a highly regulated health care industry. Trump has indicated an interest in reducing regulation of new drugs and helping small, innovative biopharmaceutical companies bring new life-changing treatments to market faster. He has also called for a reform of the FDA “to put greater focus on the need of patients for new and innovative medical products.”

This is potentially good news for biomedical innovation and expanded access for patients with rare and life-threatening diseases to novel, experimental drugs. The downside could be a weakening of the requirements for evidence supporting patient safety and efficacy of novel therapies.

It is still quite unclear what shape a deregulation of the FDA may take, but the prominent role of science in good evidence-based, compliant communications should be maintained.

There is no playbook anymore

There is no playbook for health care communications in this turbulent era.  In fact, the traditional formulaic approach to health care PR, which tends to reflect a fragmented and siloed industry, is obsolete.

One of the most compelling learnings from the Brexit- and the Trump phenomena is the importance of original, primary research to understand the audience. And this is important for health care PR, where we sometimes recycle conventional wisdom and data.

This era of disruption represents a much needed urgency to explore new models for communications that are based on real immersion and insights about the audience in order to generate more authentic audience-centric messaging. 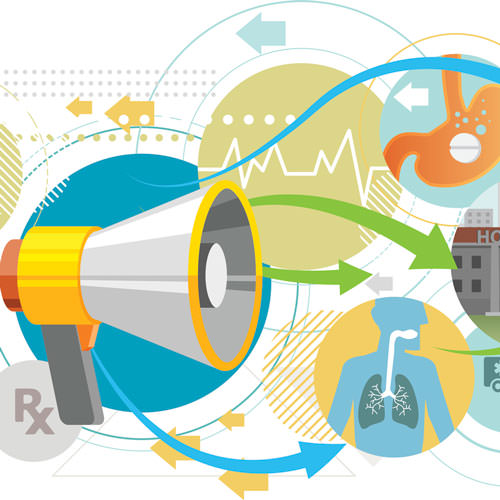