2016 was a year with much global political and social unrest, but healthcare continued to show progress.

I took a look at some at some of the more comprehensive global assessments and scorecards regarding health and medicine published in 2015 and 2016. Overall, they demonstrate some areas of advances in science and innovation and reduction in the burden of disease. There are still major unmet needs in global health, but there is progress across a number of key parameters.

Globally, survival and longevity of life expectancy are improving.

As evidenced in the Global Burden of Disease Study published in The Lancet in October 2016, life expectancy from birth increased from 61.7 years in 1980 to 71.8 years in 2015. Several countries in sub-Saharan Africa had very large gains in life expectancy from 2005 to 2015. This dramatic improvement is in large part due to the impact of better HIV/AIDS care, including the effective use of anti-retroviral medicines.

On the flip side, many countries saw life expectancy stagnate or decline, particularly for men and in countries with rising number of deaths from war or violence. From 2005 to 2015, male life expectancy in Syria dropped by 11.3 years, to 62.6 years. Challenging is also the rise in chronic (non-communicable) diseases, such as several types of cancer, heart disease, diabetes, Alzheimer’s disease and other dementias as the total number of deaths from these causes increased by 14.1% to 39·8 million in 2015.

According to the Access to Medicines Index, that tracks the efforts of global research-based pharmaceutical companies to provide access to medicines for people in low- and middle-income countries, progress has been observed since 2008 in a number of areas, from R&D to better management of IP. However, two billion people in low-income countries cannot access the medicine they need.

The Access to Medicines Foundation acknowledges that a number of leading companies, with GlaxoSmithKline, Johnson & Johnson and Novartis in the top three, have held their top spots over the years by asking the right questions, reviewing their paths and challenging themselves to keep improving, against a changing backdrop of stakeholder expectations and competing priorities.

The United States remains the global harbinger of biotechnology science and innovation with countries like Singapore and Denmark in close pursuit, according to the 2016 Scientific American Worldview Scorecard. The scorecard ranks countries on their achievements in biotechnology based on a number of criteria, including a quantitative ranking of the number of research articles published in 68 high-quality science journals and a qualitative assessment of the countries’ performance in areas, such as Productivity, Intellectual Property (IP) Protection, Intensity, Enterprise Support, Education/Workforce, Foundations, and Policy & Stability.

The United States has topped the scorecard since its inception in 2009, in large part due to the strength of its academic institutions and its research-based industry, while Denmark has held its position as the number two on average over the years due to the “first-class research” by Danish scientists.

Over the past decade, a number of new medicines have been approved to treat serious diseases, including various cancers, hepatitis C, heart failure and rare genetic disorders. In 2015, the U.S. Food & Drug Administration (FDA) approved 45 new novel drugs, “new molecular entities” (NMEs). This was a major improvement over 2014 when the FDA approved 18 NMEs. In 2016, the FDA approved 22 NMEs.

It will be very interesting to watch whether this represents a sustained decline in approvals, or the FDA can catch up in 2017.

The biggest global health challenge is the lack of access to standard surgical care for people in low- and middle-income countries. Close to 5 billion people worldwide don’t have access to surgery, according to the Lancet’s Global Surgery 2030 Commission. Furthermore, less than 25% of patients with cancer worldwide get safe, affordable, or timely surgery, according to the Lancet Oncology Commission.

The Lancet deserves enormous credit for raising the global issue of unmet needs in surgery since most of the debate about access to healthcare over many years has focused almost exclusively on access to pharmaceutical drugs. By setting indicators and goals for surgery to be achieved by 2030, The Lancet has also inspired initiatives among surgical societies around the world to address the crisis of global surgery.

The movement from volume to value replacing fee-for-service payment and reimbursement with fee-for-value models is global.

In the United States, value-based purchasing and bundled payment programs have been spear-headed by Centers for Medicare & Medicaid Services and some leading academic medical centers. But generally, the highly fragmented US-healthcare system is lagging when it comes to implementation of value-based healthcare.  European countries are leading the shift away from systems that are siloed by medical specialty to integrated systems that consider and treat patients holistically.

A global study in 2016 by conducted by The Economist Intelligence Unit (EIU)across 25 countries revealed that, even though the rationale for implementing value-based approaches is strengthening, much work remains to be done if countries choose to realign their health systems around value. In fact, value-based healthcare requires nothing less than a paradigm shift from a supply-driven model to a more patient-centered system where payments are no longer made to providers for the volume of services but for the outcome of treatment.

From scorecard to action

While showing progress, the scorecards for 2016 also highlight the areas of unmet need and opportunities for improvement. These scorecards have provided the foundation that will help all stakeholders in healthcare in their efforts to achieve even more progress in 2017 and beyond. 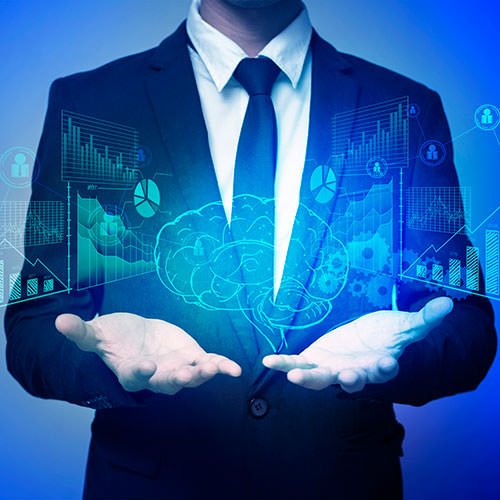