With all the talk of regulatory reform from the new Trump administration, along with support from the industries subject to federal regulation, it is surprising that one industry that is perhaps the most heavily regulated of all is pushing back.

The pharmaceutical industry is as heavily regulated as it gets. Every product it sells must be approved by the Food and Drug Administration in a process that takes years, including very often a full year of review time by the FDA itself. Every facility in which a pharmaceutical product is made is subject to intense inspection to assure that it complies with FDA’s own rigorous standards. Every word that a company uses to describe its product publicly is subject to FDA review. There are FDA regulations galore plus numerous guidances that companies must follow or face the possibility of enforcement action.

Yet despite this intense regulation, many in the industry — from large multi-nationals as well as start-up companies — have told the incoming Trump administration not to fiddle too much with the drug approval process. The industry view was set forth clearly in a story on February 15 published in Reuters, “Pharma industry shuns Trump push for radical shift at FDA.” The story quotes executives and researchers across the pharmaceutical sector as saying that “a less robust Food and Drug Administration would make it harder to secure insurance coverage for pricey new medicines.”

The basic message that the industry has been delivering — including in statements issued by the Biotechnology Innovation Organization, one of the leading trade associations — is that the FDA isn’t broken and any fixes ordered by the new administration could cause damage by removing the endorsement that insurers and doctors need to assure the medical value of pharmaceutical products.

By making it easier for drugs to come on the market, as some candidates for FDA Commissioner have suggested, public confidence in the pharmaceutical supply would be undermined. Under the present system, cumbersome and time-consuming as it is, there is assurance that drugs have been extensively tested before entering the market, and there is evidence of their efficacy. This is a fundamental requirement that has existed since 1962.

Complaints about the approval system abound: There are those who believe that FDA is approving new drugs too quickly, based on too little evidence, and those who believe that drugs are approved without adequate testing and assurances that they can be used “safely” despite knowing that no effective drug can be “safe” for all patients.

But the most knowledgeable observers and participants in the drug development and approval process acknowledge that FDA does a good job of setting reasonable standards for testing and makes good judgments in evaluating the data and deciding which drugs should be marketed and what diseases they have been shown to treat.

The most common complaint has always been that it takes FDA too long to reach a decision, but even that criticism is no longer credible. FDA can and does expedite the approval of truly important new drugs. The delays that occur in drug development these days can usually be attributed to delays in conducting the clinical trials needed to demonstrate safety and efficacy or in assuring that the manufacturing facility meets the high standards needed to make quality drugs.

FDA’s oversight of the pharmaceutical development and manufacturing process is an easy target for criticism. We all want new drugs available more quickly, and we all want them to be safe and effective.  (We also want them to be less expensive, but FDA has nothing to do with drug pricing though it sometimes gets dragged into the debate by those who lack understanding of FDA’s responsibilities and limitations.)  During the election campaign both major candidates took aim at the industry, and President Trump has taken aim at FDA by promising reform.

Ask anyone who is close to the drug development and approval process — regulated industry, the activist patient community, insurers, FDA employees — and they will all agree: sure, any system can and should be tweaked, but the FDA ain’t broke, and it doesn’t need much fixin’. This is a message that is being delivered to the Trump administration from all stakeholders including the regulated industry itself, which hopefully will fall on open ears. 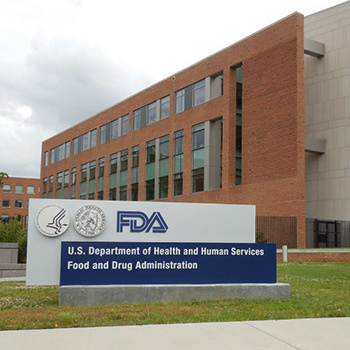