On July 15th, a faction within the Turkish Armed Forces attempted to stage a coup. The coup officers seized strategic positions in Ankara and Istanbul as well as several cities in Anatolia. They blocked access to Istanbul’s two bridges that connect Europe and Asia and clashed with security forces. The top military chain of command did not back the officers behind the coup attempt. Most of the commander-in-chiefs, including the Chief of General Staff, were taken hostage during the coup attempt. Police force and municipal workers around the country obstructed the deployment of putschists by placing their heavy-duty vehicles on key conjunctions or airport runways as barricades.

Citizens watched in shock as jets flew low in Istanbul and Ankara. The Parliament was struck by F-16 fighter jets after MPs from all four political parties backed a statement against the failed coup. President Recep Tayyip Erdoğan and Prime Minister Binali Yildirim urged citizens to go out to the streets to protest the coup.

President Recep Tayyip Erdoğan was also a target of the failed coup as putschist Special Forces raided a hotel where he was vacationing in the Aegean resort town of Marmaris. He was evacuated just before the attack and he was unhurt. He later stated on TV that the parallel state, referring to the followers of the U.S.-based scholar Fethullah Gülen, has promoted the attempt.

There were sporadic clashes in Istanbul and Ankara, while coup officers unsuccessfully attempted to retain control of CNN Türk and TRT, the state broadcaster, where they managed to broadcast a statement. On July 16th, the coup failed and PM Yildirim said 232 people were killed, 1,491 people wounded, and 7,543 suspected putschists were detained. A significant number of high ranking soldiers were detained on July 16th.

The government stated that Fethullah Gülen, an influential cleric and the leader of the Fettullah Gulen Terror Organization (FETO) officially recognized as a terror organization by the Turkish government, was behind the failed coup. The Turkish Prime Minister, Binali Yildirim stated that any country that would harbour Fethullah Gülen, the leader of the parallel state and the mastermind of the July 15th coup attempt, would not be Turkey’s friend, and criticized the U.S. where the self-exile religious leader lived since the late 1990s.

Life has been back to normal. However, there are still concerns that further coup attempts may take place –although it is very unlikely. President Recep Tayyip Erdoğan ordered, on July 17th, F-16 combat jets to conduct patrol flights across Turkey. Some of the military officers were arrested at Istanbul’s Sabiha Gökçen Airport on July 17th after hours of clashes with the police forces as they were trying to escape abroad. Furthermore, 8 commissioned officers succeeded on landing to Greek soil and applied for asylum at the early stages of the failed coup. However, Turkish and Greek governments have been collaborating on the matter and it is expected that the officers will be extradited to Turkey in a few weeks.

Widespread operations against those involved in the failed coup continue in Turkey’s core judicial institutions such as Republic of Turkey Court of Cassation, Constitutional Court, High Council of Judges and Prosecutors (HSYK) and the Council of State, as well as in the Turkish Armed Forces. 2,450 judges and prosecutors who have alleged links to FETO were detained and the Interior Ministry removed 8,777 public servants from their posts.

The failed coup came as a shock for everyone in the country. The attempt received no popular support from social and political circles, including those that are staunchly against President Erdoğan. In the digital age, the coup officers’ attempt to gain control over the government seemed archaic and Turkish democracy proved that the age of the coups in Turkey is over.

On July 16th, all public services and life returned to normal in Istanbul and Ankara, while the government launched a series of operations and raids against officials who were allegedly involved in the failed coup. The number of operations within state institutions and the Military is expected to increase while many officials and officers of all levels are expected to be reassigned or relocated. Operations against the FETO members are expected to continue within the state institutions, including the police force. Prime Minister Binali Yıldırım stated that the Turkish Parliament will discuss a number of new measures which may change the current structure, number, and mandate of various state institutions in order to prevent future attempts to stage a military coup in Turkey.

Financial markets began the week in a relatively calm manner following striking drop of Turkish Lira against US Dollar in the early hours of the failed coup on July 15th. On July 18th, Turkish Lira gained some momentum and Borsa Istanbul (Istanbul Stock Exchange) has not experienced a drastic downturn as some analysts expected. Deputy Prime Minister Mehmet Şimşek made a series of teleconferences with over 500 foreign investors to assure them about the strength of the Turkish economy. The Central Bank of Republic of Turkey announced it would provide unlimited cash for banks with zero commission rate to thwart the possibility of a financial meltdown. The Banks Association of Turkey (TBB) stated that the banks have not experienced any liquidity difficulties despite brief panic cash withdrawals over the weekend. However, it is likely for financial markets to experience some degree of volatility in the upcoming weeks. The security concern is expected to delay focus on economy policy, but the government may feel the need to introduce reforms to retain investor confidence. The real economic outlook will be experienced in the upcoming weeks.

Turkey’s political agenda will be dominated by this event in the upcoming weeks. The debate on the transition to presidential system is expected to gain momentum and the army’s institutional structure will be debated. President Erdoğan may utilize this incidence to either unify or further polarize the Turkish society for further support towards administrative consolidation. The democratic standpoint of the political opposition against the coup, the role of anti-government or impartial media coupled with free social media in thwarting the coup attempt provides a narrow optimistic outlook in this regard.

In terms of foreign policy, Fetullah Gulen, currently a lawful permanent resident in the US will be the primary topic in Turkey-US relations, with potential implications over the fight against Islamic State (IS), given the fact that US has been actively using Turkey’s Incirlik airbase in its operations in the Middle East. Top Turkish officials have been pressuring the US to extradite Gulen while US Foreign Secretary Kerry requested a formal extradition request backed with evidence, which may lead to tensions in Turkey-US relations.

Anti-coup protesters’ request to reinstate death penalty seems to find a prudent support from the government. President Erdoğan said he will approve if the Parliament approves such a legislation. PM Yildirim said the demand will be considered at the Parliament but urged restraint on a hasty and emotional decision on the matter. The debate on death penalty will have ramifications in terms of Turkey’s relationship with the West, as it will also affect extradition requests of suspected pro-coup figures, including Fethullah Gulen. European Commission’s Vice-President Frederica Mogherini already stated that such a move would adversely affect Turkey’s EU accession process. 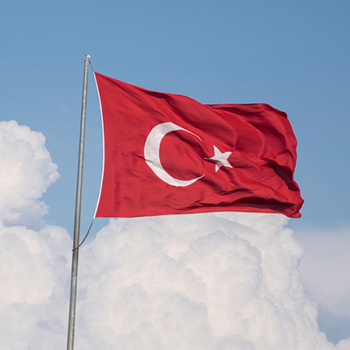