What happened on Sunday?

Yesterday, in Germany’s most populous state, German Chancellor Angela Merkel’s conservatives defeated the ruling Social Democrats (SPD) in a key state election, further boosting her hopes of retaining power in September’s national vote. While the Christian Democrats (CDU) won 33 percent, the SPD saw their share of votes plummet to a devastating 31 percent – their worst result in the history of North Rhine-Westphalia (NRW), which had long been regarded as the party’s power base. As a result, a coalition government between the CDU and the business-friendly Free Democrats (FDP) seems to be the most likely option for the state.

Why this state election matters?

With nearly 18 million inhabitants, NRW is home to more than one fifth of the German population. Around 13.1 million citizens were eligible to cast their vote, with 840,000 being first-time voters. In a closely watched election year which pitches Europe’s longest-serving leader Angela Merkel against Martin Schulz – a popular yet nationally largely unknown Social Democrat from NRW who formerly served as President of the European Parliament – this vote has set the scene for the upcoming campaign season.

Merkel remains on course for re-election. The shift to center-right parties in the SPD’s “heartland” consolidates Angela Merkel’s position of power – against the Social Democrats, as well as against critics inside her own party. Her re-election has become even more likely, a sign for continuity and stability in Europe’s most powerful country.

The position of the CDU at the national level has been strengthened. With the CDU taking over power in NRW, the party can further stabilize its position in the parliamentary chamber of federal states (Bundesrat), which can block the adoption of many laws at the national level. Additionally, the loss of the State Ministry of Finance in NRW weakens the SPD in potential coalition negotiations with the CDU at the federal level in September. In previous years, the finance ministries of “major” federal states such as NRW, Bavaria or Baden-Württemberg have shown their ability to fully assess the financial feasibility of political proposals for the entire country. The SPD has now lost this important tactical resource of power.

Merkel’s challenger Martin Schulz is substantially weakened. The former President of the European Parliament Schulz frequently underlined the importance of the election in NRW for the SPD, and even linked the election in his home base NRW to his own persona. Due to a lack of alternative, the new SPD party head (officially elected in March and initially creating high hopes among the party base) will continue to lead the election campaign nevertheless.

Small parties confirm their long-term trends. The electoral success of the Free Democrats – the kingmaker in German party politics for many years – puts the party firmly on track to re-enter the Bundestag after their devastating loss in 2013. While the Green Party and the Socialist Left Party significantly lost votes, the xenophobic Alternative for Germany (AfD) has entered yet another state legislature. The party landscape is becoming more fragmented – with potential consequences for Merkel’s next government.

Business as usual? National politics won’t enter full-on campaign mode before the end of June, when the German Parliament will hold its last session of the current legislative term. Numerous important pieces of legislation are expected to be passed before then.

Campaign summer break. Between July and September, German political life will be dominated by the parties’ election campaigns and the candidates’ performance in the only TV debate on 3 September.

New government. After the federal election on 24 September, the new German government will officially take office in late November or December 2017. 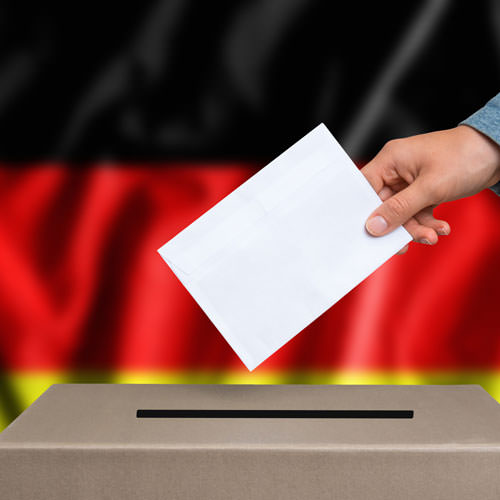