Denmark is exploring a new health care reform that may lead to a more integrated health care system with better continuity for patients along all aspects of the patient journey – health promotion, disease prevention, diagnosis, care and rehabilitation. The new Danish model could be a compelling inspiration for health care systems in other countries, including the United States that is struggling with a fragmented and dysfunctional health care system.

Some international observers may be surprised, as Denmark often has been touted – not the least by Bernie Sanders – as an inspirational model for other countries due to its single-payer, universal health care with free and equal access for everybody. So why change such a system?

The fact that health care in Denmark is a tax-payer funded, universal health care system is not unique to Denmark as health care in most countries outside of the U.S. is based on a universal, single-payer model.

What is unique to Denmark is the comprehensive primary care system where independent, general practitioners act as coordinators and health advisors for all citizens and collaborate with hospitals for patients that need acute or complex care and with the municipalities that provide preventative care and rehabilitation support to the elderly and patients when they are discharged from hospital.

However, with the rise in the aging population and the increase in patients with chronic multi-morbidities (around 30% of all adult Danes suffer from multiple chronic conditions), the system is under financial pressure, and Denmark has realized that the current health care model needs some shake-up.

Why the Danish model needs innovation

Suggestions for changing the Danish health care organization have gained traction this year.

Primary care physicians have already started to organize themselves in practice clusters. The health clusters would elevate this integrated approach to cover all aspects of health promotion, disease prevention, acute and chronic care, and rehabilitation for the patients. This is in essence a Danish version of population-based health care.

The future of the regions

The discussion about the urgency of a new Danish health care reform gained further steam when the Danish Prime Minster Lars Løkke Rasmussen in May in the Danish Parliament announced that the Conservative government this fall will propose a big health care reform that will “improve the integration between the large hospital and the local primary care physician. So that patients are not lost in the system. We need to create a health care system that is connected,” said the Prime Minister.

The new reform will build on the health care reform about 10 years ago when Denmark abolished the counties as regional health authorities and replaced them with five regions. While the regions technically deal with other issues than health care, such as the environment, social and educational support to people with special needs and public transportation, their overarching responsibility is health care.

The Prime Minister’s announcement about a new health care reform has triggered a renewed debate about the future of the regions in Denmark.

Some political parties that support the leading party of the government Venstre (the Conservative, Liberal Alliance and Danish People’s Party) also want to dismantle the regions all together, while the Social Democrats and the smaller left-wing parties want to maintain the regions.

While the future of the regions is uncertain at this point in time, it is likely that the reform will introduce new structural and financial mechanisms for a more integrated and connected Danish health care system.

Health care experts express concerns that the issue about the future of the regions become a political hot potato that will detract from the real issue about how to improve integrated and continuous care for patients:

“Whether we keep the regions or not, the most urgent need is to reorganize health care around the patient to improve the quality of care, address the burden of multi-disease, strengthen the continuity in the physician-patient relationship and enhance the patient experience no matter where the patient needs health or health care,” says Frede Olesen.

Already today, there are important learnings from Denmark that can inspire other countries that realize the need for creating more integrated health systems. There are similar learnings from Scotland that introduced health clusters some years ago and developed a national vision for “Putting general practice and primary care at the heart of the health care system.”

As the new Danish health care reform unfolds, other countries should pay attention. 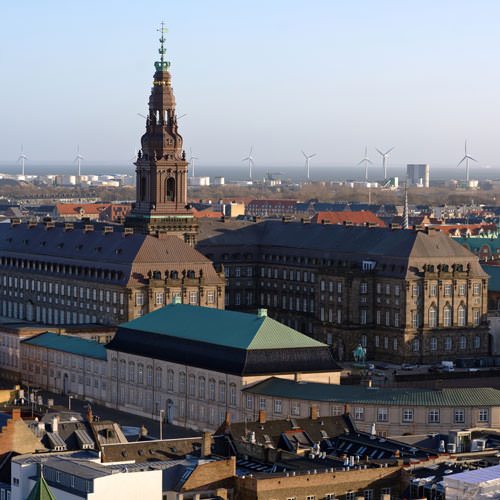