“We have been treated unfairly and have made terrible trade deals with China for many, many years. That’s one of the things we are going to be talking about,” Donald Trump told reporters heading into last week’s meeting with Chinese president Xi Jinping at Mar-a-Lago. President Trump’s “America first” policy and rhetoric over China has broad popular appeal, but a trade war could spill over into attitudes towards foreign direct investment (FDI) in the United States.

The two leaders struck a friendly tone even as geopolitics and the dramatic developments in Syria upstaged their economic agenda. One could be forgiven for missing the news of a 100-day plan, which could produce some quick wins on opening up U.S. trade and investment in key Chinese markets. That could in turn reduce calls for reciprocity to limit China’s access to the U.S. economy – and be a boon for continued Chinese investment in the United States, which hit a record $46 billion last year.

Chinese companies and investment funds want U.S. assets and have shown they are willing to pay a premium – and American businesses are often eager for this investment. The Republican agenda for tax reform and lighter regulations on business could attract a further influx of FDI. The opportunity for Chinese businesses to invest in the U.S. remains strong. But they need to navigate a landscape for deals that has become tougher, more complex and more politicized over the last several years.

Acquisitions, which already must clear a high bar of regulatory review, are likely to face beefed up vetting over state control and national security issues by CFIUS – the government inter-agency Committee on Foreign Investment in the United States. In some cases, this could be compounded by overt White House involvement for or against the deal as well as outcry from Congress, media commentators or some of the stakeholders affected by the transaction.

Companies must be conscious of the dramatically changed circumstances in which they find themselves as potential investors and acquirers. It’s crucial to be able to demonstrate a “win” for the United States in terms of jobs and economic benefits for key regions. Consider all the stakeholders and their potential reactions and concerns – from customers and employees to the financial markets, and media to state and local governments who are often eager for investment to revive or build key industries.

There could be negative reactions and opponents’ calls for CFIUS to block a deal, and it may be necessary to offer modifications that could mitigate specific concerns. But when deals do fail to complete it is often for reasons that have nothing to do with CFIUS. Companies need to plan for conventional merger challenges, including executional and reputational risks, and ensure clear communications to support deal and post-merger integration success.

The United States is a top destination for investment, but even before Trump’s rise APCO’s research found that 75 percent of Chinese executives believe U.S. market entry is a challenge. With that in mind, we authored a new white paper, “Foreign Direct Investment in an ‘America First’ Administration,” with an analysis and checklist for deals involving Chinese companies and investors. 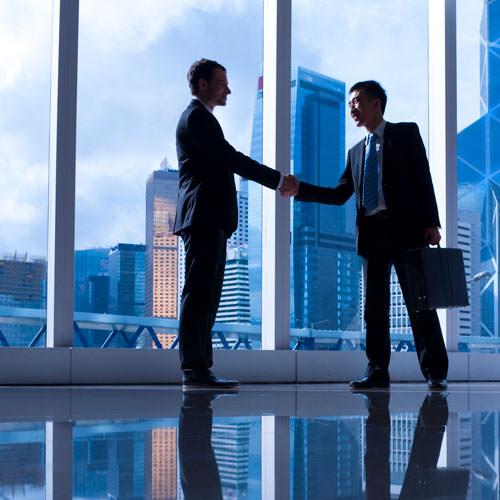