The global aviation industry has experienced continued market expansion in recent years, with aircraft manufacturers reporting increased orders and record deliveries. Airline companies have also seen growth in profit—mainly thanks to better capacity management, cost controls, and a surge in demand for air travel. However, the real source of this growth story lies in the industry’s eastward shift to Asia, where China is providing new impetus.

The number of Chinese passengers traveling by air grew from 62 million in 2000 to about 551 million in 2017, when it made up one-eighth of the world’s total air traffic passengers. The number is expected to further increase to almost 1.8 billion passengers by 2037. Chinese airlines operated about 2,789 wide-bodied aircrafts in 2016, but they will need about 7,690 new planes, valued at more than $1 trillion, in the next two decades to meet the surging demand for air travel.

China is thus set to overtake the United States as the world’s largest aviation market by the mid-2020s. Despite its slowing economic growth, the country’s booming middle class offers significant potential for future market expansion as more people opt for air travel, be it for business or leisure.

Breaking the Global Duopoly with “Made in China”?

China has been leveraging this domestic growth to fuel its push to become a major global player in manufacturing commercial aircrafts. This push stems from the Chinese government’s desire to build a domestic commercial-aircraft manufacturing industry capable of both reducing China’s dependency on foreign suppliers and, in the long term, competing with established OEMs on a global scale.

Although China’s aviation market has been, and will likely continue to be, dominated by the Boeing-Airbus duopoly in the foreseeable future, Beijing’s “Made in China 2025” industrial plan expects domestically manufactured commercial aircrafts to supply more than 10 per cent of the country’s domestic market by 2025. In addition to pushing for global market shares of 40 percent for general-purpose planes and 15 per cent for helicopters, China also aims for its home-made regional jetliners to take a share of about 10 to 20 per cent of the global market by the same year.

The Commercial Aircraft Corporation of China (COMAC), a Shanghai-based state-owned aerospace manufacturer, epitomizes Beijing’s ambitions in the commercial aviation industry. Established in 2008, the Chinese airplane manufacturer delivered its first aircraft, the ARJ21, in 2016. But COMAC’s biggest project to date is the C919, as it is set to create direct competition with Boeing and Airbus on their narrow-body aircrafts. The C919, which completed its 5th prototype test flight in October 2019 (see Figure below), has already received a total of 815 orders and commitments from 28 different customers. Notably, the majority of orders has come from domestic airline companies.

China Still Has a Long Way to Go

Beijing’s industrial plans and COMAC’s progress represent a significant step forward for China in its quest to promote home-grown manufacturers in its aviation industry. While this presents an obvious challenge for foreign companies, China still has a long march ahead to becoming a global aviation superpower.

First, though the C919 is touted as a poster child for “Made in China,” only 50 per cent of the components are domestically produced. Second, the fact that the C919 will not be operational until at least 2021, more than six years behind its original schedule, points to some significant challenges COMAC faces as it tries to establish itself as a viable alternative to its well-established global competitors. The most daunting challenge facing China in its efforts to become a manufacturing power in the aviation industry is its lack of expertise in avionics, materials technology and aerodynamics, and most crucially, engines. COMAC’s C919, for instance, currently runs on engines from CFM International, a joint venture between GE Aviation of the United States and France’s Safran Aircraft Engines.

These challenges suggest that China still has a long way to go to realizing its ambitious plan. But further collaboration with established players in the global supply chain could be a viable solution for China. This also provides foreign aerospace companies across the supply chain with continued opportunities to further tap into the market. China represents a rapidly expanding and profitable aviation market, especially for foreign aerospace companies that can provide the many crucial avionics and engine systems, as well as technical know-how.

Beijing’s efforts to “break the duopoly” is hindered by its persistent gap in critical technology. Yet demand for more commercial aircrafts will keep growing in the coming decades. Collaborating with foreign aerospace companies with more advanced technologies and technical know-how is thus the most realistic and effective way forward for Chinese manufacturers. Although Beijing’s calls for indigenization seem like an obvious threat to foreign aircraft manufacturers, long-term opportunities persist as China struggles to meet the continuing surge in domestic air travel and resulting demand increase for commercial aircrafts.

To maximize market opportunities, foreign companies, regardless of their position in the supply-chain, should: 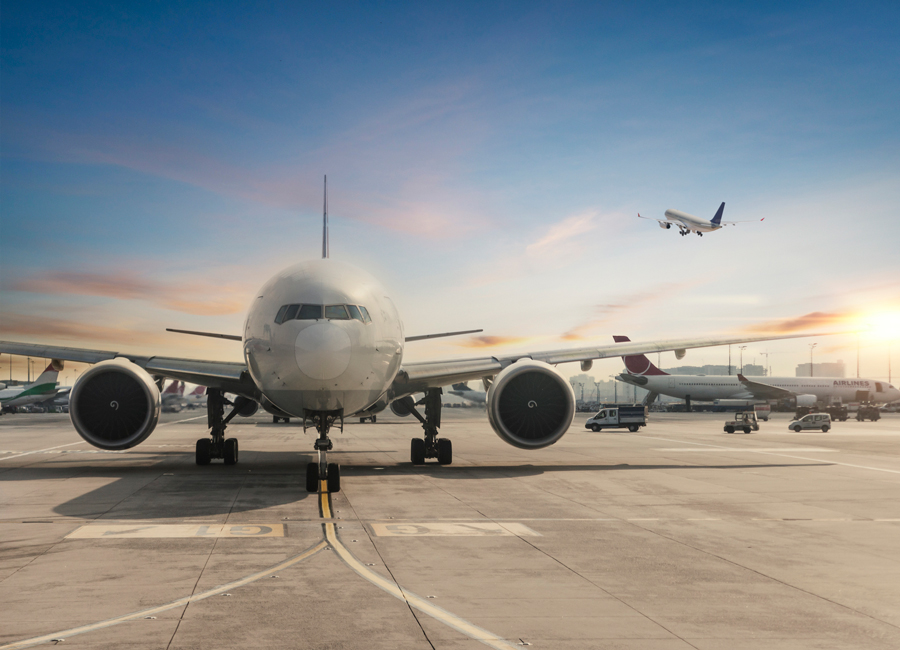