After a two-and-a-half-month delay caused by the COVID-19 pandemic, China opened its “Two Sessions,” the annual meeting of the National People’s Congress (NPC) and the National Committee of the Chinese People’s Political Consultative Conference (CPPCC), on May 21.

It was an opportunity to demonstrate control over the pandemic and outline a blueprint for the country’s future development. 2021 marks the first of two centennial milestones outlined in President Xi Jinping’s “Chinese Dream” roadmap, when China is to achieve the goal of becoming a “moderately prosperous society.” The countdown to 2021 is also a critical test for the government to achieve the goals of the 13th Five Year Plan.

While the definition of a “moderately prosperous society” is traditionally linked to the quantitative goal of doubling China’s GDP from 2010 levels, it also encapsulates qualitative goals, including improving people’s livelihoods. Having taken a considerable economic hit from trade tensions with the United States and the COVID-19 pandemic, this year’s meeting demonstrated that the government will pivot towards qualitative goals, such as creating jobs, alleviating poverty and opening up less-developed regions, to showcase China’s progress.

By improving livelihoods, the government’s goal is to increase capacity for domestic consumption and reduce reliance on unstable foreign export markets. Opportunities exist for multinationals that can contribute to China’s goals, especially those placed to accelerate the development of its digital economy. Looking ahead, multinationals should track the formation of China’s 14th Five Year Plan, which will further solidify China’s economic growth strategy and development priorities

What Multinationals Need to Know

Facing a hostile external environment, China will accelerate its ambition to place domestic consumption at the center of economic growth. This will be driven by efforts to reduce the corporate debt burden, investments in new infrastructure, and measures to increase urban employment and reach ambitious poverty reduction goals.

2. China Will Pursue a “Stable” Foreign Trade and Investment Environment:

Foreign trade and investment were identified as two of six priorities to stabilize the Chinese economy. However, the meeting largely reiterated previous commitments, which reflects the need to reduce China’s overreliance on foreign export markets.

3. China Will Accelerate Investments in the Digital Economy:

The effective use of digital tools, including artificial intelligence, cloud and e-commerce, is a key component of China’s COVID-19 recovery efforts. The government will leverage economic stimulus to accelerate its existing goal to achieve global leadership in emerging technologies.

China’s economic recovery will be built on ambitious goals to reduce the corporate burden, alleviate poverty and provide jobs to urban and rural residents. Opportunities are emerging for multinationals to contribute to this ambitious agenda and build key government and commercial relationships.

The approval of a decision to introduce national security legislation in Hong Kong brings immense uncertainty to companies with operations and commercial partnerships in the territory. All eyes are now on Washington as it begins to remove Hong Kong’s economic and trade privileges. 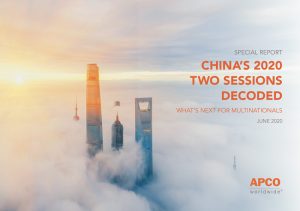 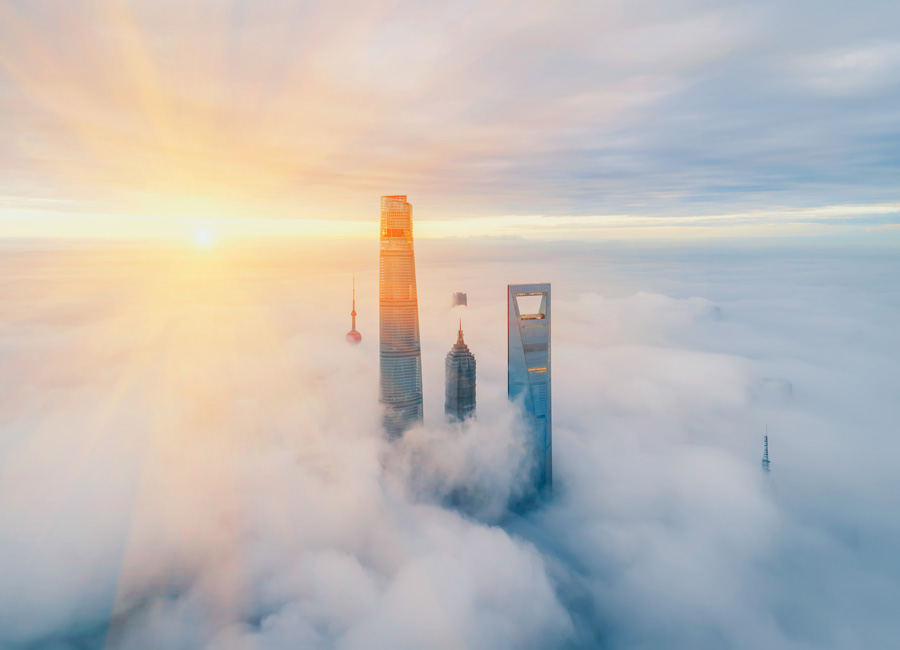