In 2022, we will soon pass two years since the advent of the global COVID-19 pandemic. China has had its borders largely closed to the world for two years, and as many of the familiar patterns of economic activity ceased, the continued threat of infection from the Omicron variant may push China to continue to pursue a strict policy when it comes to COVID restrictions. Compounding the obstacles to business are the lasting tensions between China and several Western countries—global companies with operations in China face new challenges, but most still view the Chinese market as critical to their business strategies globally.

Among these new challenges, we have observed difficulty in building and reinforcing trust between corporate headquarters and their China offices, especially on issues concerning national identity and esteem. These issues will continue to be thorny areas to navigate, and companies should make every effort to maintain communication and coordinate their strategies between operations in and out of China.

Externally, responding to stakeholders will continue to be a challenge or, perhaps, a new normal condition in which to conduct business. Climate and sustainability may be one of a few sweet spots where global companies can own their successes and share their stories more proactively. Meanwhile, companies should have in place crisis protocol to manage disruptions from issues driven by ideology or come close to red-line areas of concern to the Chinese government.

In 2022, China will be focusing inward to shore up the domestic economy ahead of the 20th Party Congress taking place in the fall.

China will look to stabilize economic growth and improve income inequality to avert China’s path toward a polarized society and overcome the middle-income trap. A key message coming out of the recently concluded Central Economic Work Conference was to “front load” policy support to boost demand, which will involve doubling down on the dual circulation strategy in 2022 to boost confidence among investors, to ease the burden of Chinese households and to increase their confidence regarding their income growth and spending.

China will double down on political security, both at the beginning of the year in the run-up to the 2022 winter Olympics which will be hosted by Beijing, and later in the year before the 20th Party Congress. The Five-year National Security Strategy was reviewed in November and the Party leadership emphasized the importance of coordinating efforts to protect security in major sectors and regions, including political, economic, social, sci-tech, and other emerging areas.

Recognizing the huge downward pressure on its economy in 2022, China’s top leadership stressed the importance of maintaining a reasonable GDP growth rate to ensure stability and growth. For companies, this may mean some of the recent crackdowns, such as the regulatory push on large companies in several sectors, may come to a stop in order for the government to raise confidence for growth. The government will also focus on reforming the social welfare system to address lingering inequality issues on education, healthcare, and housing.

After the announcement of its ambitious climate goals at the UN General Assembly in 2020, China released its roadmap—known as the 1+N Framework—to carbon dioxide peaking in 2030, and centralized greening the economy in China’s economic development plans. However, it is not yet clear how these top-line guidelines would translate into sector-specific plans and how they will be implemented, especially considering the challenges imposed by the recent power shortages and China’s emphasis on energy security.

At COP26, the United States and China issued a joint statement on Enhancing Climate Action in the 2020s. This agreement reinforced that climate change is one of the very few areas that the two countries agree to cooperate, even though more work is yet to come on aligning on more specific goals and actions. Multinational companies will continue to see climate and sustainability as opportunities for proactive engagement and alignment of corporate strategies with China’s national priorities. However, supply chain disruptions, lack of follow through on the local level, and a still nascent climate and sustainability ecosystem will slow corporate efforts to participate in driving systematic change in China. 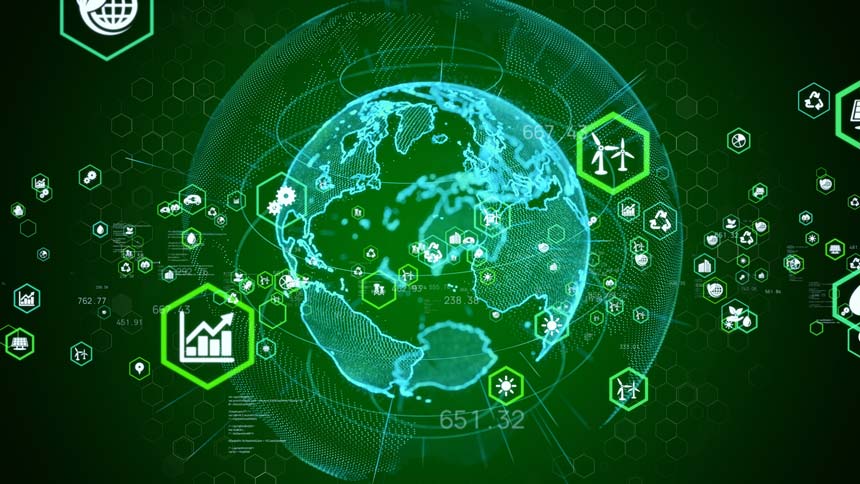