The televised spring wedding of Prince Harry and Meghan Markle was viewed by 18 million Britons and more than two billion people worldwide — making it one of the most watched events of the decade.

Across social media too, its appeal resulted in more than 3.4 million tweets being sent during the ceremony – hitting a peak of 40,000 per minute during the sermon of American Bishop Michael Curry.

And for UK Inc., the Royal Wedding came at an important moment for the nation.

As the newly minted Duke and Duchess of Sussex settled into their life together, their relationship had been carefully co-opted to promote the United Kingdom around the world in a powerful exercise in soft power and cultural diplomacy.

As the UK prepares for its future outside of the European Union, the importance of soft power increases greatly.

It is critical that a post-Brexit global Britain promote itself not just as a nation of rich heritage and proud tradition but a modern and diverse country that is outward facing and forward looking.

Just as the Royal Wedding combined a sense of history with glamour and modernity, so Britain will wish to be viewed not just as a nation of Shakespeare, cricket and the Tower of London but also of diverse cultures, creative energies and cutting-edge technologies.

It is this combination of heritage and entrepreneurship; the Government now seeks to promote through its Great campaign and the Modern Industrial Strategy.

Both represent the culmination of years of investment not just in safeguarding and preserving Britain’s powerful past but in preparing for its future.

Gary Rawnsley; Professor of Public Diplomacy in the Department of International Politics at Aberystwyth University, notes: “The key lies in recognising how governments and other political actors “generate” soft power rather than “exercise” it, because soft power is a resource, not an instrument. It is the end result – the consequence – of policies pursued and relationships maintained that further social progress and generate favourable opinions overseas.”

Familiarity is clearly key to soft power, but its real success relies on something more profound that simple messaging – authenticity.

For the UK in particular, our cultural and historical systems are well understood abroad but the real test of creating a new currency of power will also be based on how our political ideas and values impact on the world stage beyond Brexit.

For a country’s credibility and moral authority comes as much from how it behaves as what it says.

How Britain choses to exercise its hard power, as it faces an uncertain future in a turbulent world, will have a profound impact on the effectiveness of its cultural diplomacy.

And true soft power will only be achieved when a nation is clear about its own identity and place in the world and demonstrates consistency in both word and deed.

Historically the use of soft power has come naturally to the UK, but as the uncertainties of Brexit and the difficulties of an inconclusive general election create political turbulence and sow the seeds of self-doubt, it is being outstripped by those more certain of their place in the world, both now and in the future.

In a recent study SoftPower30, by the USC Centre for Public Diplomacy, the UK found itself pipped to the post by France as the number one user of soft power.

It is critical for Britain that the story of Brexit does not become one of a nation pulling up the drawbridge on the world but of a country that has set a course for a bright future as a global trading nation.

The Royal Wedding symbolised the way soft diplomacy can tell that story — not of a divided nation torn between its past and its future but of a country prepared to build on its rich values and history as it forges new friendships and partnerships through Brexit and beyond. 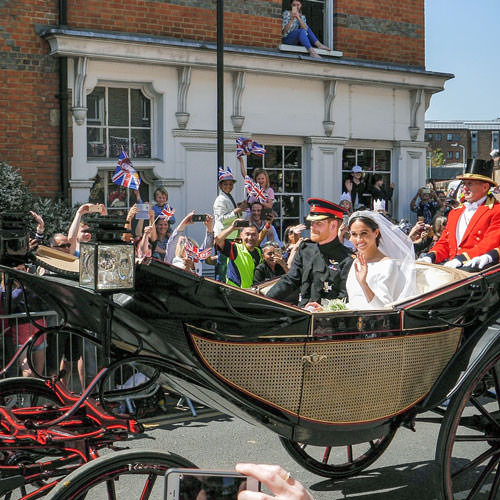