Over the past couple of years, major U.S. airlines have made firm commitments on sustainability. United, American Airlines, and Delta Air Lines have all made various plans to be carbon neutral over coming decades and as travel begins to rebound, these airlines have reaffirmed their commitments.

At the annual aviation summit, hosted by the U.S. Chamber of Commerce, representatives from the major U.S. airlines not only looked back on the impact of the pandemic, but also set lofty goals in achieve their carbon neutral commitments. The challenges facing the industry go beyond engineering and fuel efficiency however, global travel demand is set to grow dramatically over the coming decades. The pandemic had a devastating impact on travel but the industry has begun to rebound in a way that has exceeded expectations. U.S. domestic travel is set to recover by 2022, while China has already seen domestic travel return to pre-pandemic levels.

When international travel returns to 2019 levels remains a significant question mark, though it’s likely that countries that successfully vaccinate a significant amount of their population will lead the way. Recently, China had announced they have administered 1 billion vaccine doses, and the U.S. celebrated administering 300 million vaccine doses, passing these sort of milestones will play a major role in restoring international travel. While there is reason to be optimistic, aviation is an incredibly vulnerable sector of the economy, and is often subject to the whims of micro and macro-level changes.

Covid-19 variants, and the fragile situation of the global economy could very well undo this progress. While the question of “when” domestic travel will rebound remains up in the air, there also exists a question of how airlines will meet their own sustainability goals as global travel demand continues to grow.

The aviation industry is making serious investments in sustainability from top to bottom. On the component side of things, aviation engine manufacturers such as Rolls-Royce, General Electric and Safran have announced their plans to make new engines that are more energy efficient or more compatible with Sustainable Aviation Fuel (or SAF). Boeing* has announced that all commercial airplanes will be capable of flying 100% on biofuel by the end of the decade. Airlines are also affirming their commitments to using SAF, British Airways-owner International Airlines Group (IAG), announced their goal of powering 10% of their flights with SAF by 2030, with the intention of being net zero by 2050.

Sustainable Aviation Fuel has a great deal of potential in lowering net emissions. The fuel is derived from renewable sources and has a significantly lower carbon footprint than traditional fossil jet fuel. However, there are significant hurdles to the widespread adoption of SAF. There will need to be a significant amount of investment in production facilities and a reduction in the cost of manufacturing SAF.

On both sides of the Atlantic, airline industry stakeholders are appealing to their respective governments to support legislation that would help speed the deployment and adoption of SAF. Government and the private sector have often worked hand-in-hand when it comes to transportation and infrastructure, with any luck government will be able to support the aviation sector in going green. However, it’s important that stakeholders recognize the challenges in relying on legislation in these partisan times and learn to balance their sustainability commitments with the reality of the situation. The aviation industry also faces a unique optical challenge as well.

The global aviation industry is responsible for nearly 2% of all greenhouse gas emissions, and 2.5% of CO2 emissions. While it’s not the most carbon intensive industry, it does draw a great deal of scrutiny. Efforts by major airlines to “go green” have often been mocked as greenwashing or public relations stunts. Environmental activists have also taken aim at companies that pledge to be carbon neutral via carbon offsets, arguing that these offsets don’t work.

Aviation stakeholders are caught in a balancing act that is becoming increasingly common for corporations these days. It’s not enough to make commitments on sustainability if the fine print gives them the leeway to escape criticism, furthermore, commitments must challenge companies to change their practices. Consumers and activists are more critical of companies than ever before, and it’s not enough to provide half-measures that don’t ultimately solve the problem.

*Boeing is an APCO Client. 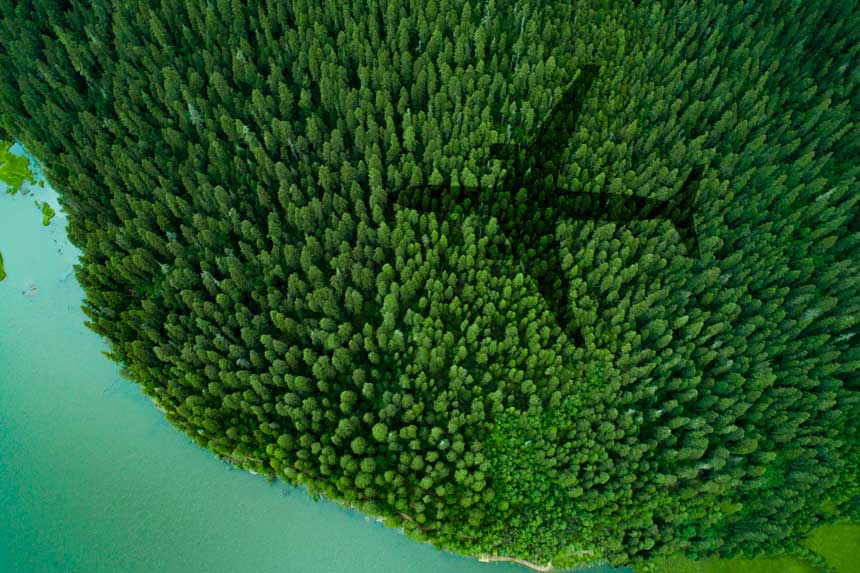