While recent consumer polls have shown that Americans are warming up to the idea of a single-payer, tax-funded health care system, a new poll from APCO Insight shows that the majority of health care providers and opinion-leading consumers fear that a single-payer system will lead to rationing of access to health care.

This new finding seems to align with the actual experience in the UK, where the National Health Service appears to be breaking down with growing waiting lists.

Overall, most agree that while a single-payer, tax-payer funded health care system will provide access to health care to all U.S. residents (68%) and improve the quality of care (55%), it will come at the expense of rationing access to health care and waiting lists for patients (58%), creating new bureaucracy that slows the pace of change in health care (60%), and increasing costs to taxpayers (54%). Moreover, most disagree a single payer system will stimulate innovation (51%).

Opinion-leading consumers seem conflicted, agreeing at nearly equal rates across items – though are most enthusiastic about its benefit to access to health care (74% agree) and improvement in quality of care (69%).

Health care providers are most concerned about the impact on innovation: 71% disagree it will stimulate innovation.

The opinions among health care providers and opinion-leading consumers differ from a recent consumer survey showing that a majority of consumers are supportive of a single-payer health care system.

Britain’s NHS is in a crisis. This past winter, nonurgent surgeries at UK hospitals were postponed and patients waited more than 12 hours in emergency wards before being tended to. Medical experts have predicted that the crisis will continue through the entire year, due to shortage of funding. The U.K. government has committed to provide funding of additional £1.6 billion for 2018-2019, but that fall shorts of the £4 billion additional funding that the chief executive for NHS, Simon Stevens requested last year. Stevens has predicted that the NHS waiting list will grow to five million people by 2021.

The crisis for NHS is not a new phenomenon created by the flu-epidemic this winter. Last year, the House of Lords published a report with a stinging criticism of the U.K. Department of Health stating that “A culture of short-termism seems to prevail in the NHS and adult social care. The short-sightedness of successive governments is reflected in the Department of Health that is unable or unwilling to think beyond the next few years.”

The Learning from the UK for U.S. Health Care

The learning from the NHS model is that a single-payer, tax-payer model may lead to rationing of access to health care, waiting lists for patients, and a perpetual shortage of funding.

The current, market-based American health care system is not perfect, and it is in need of a thorough transformation to a value-based, more efficient and affordable model. However, U.S. policymakers should think twice before embarking on a single-payer, tax-funded health care model. 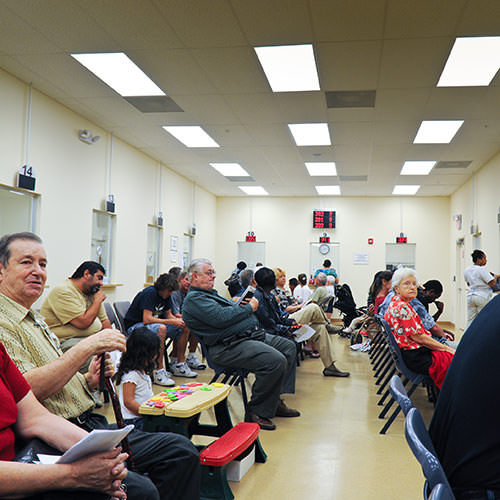