China’s Fourth Plenum: Using Law Enforcement to Get a Grip

When Xi Jinping ascended to the Chairmanship of the Chinese Communist Party and Presidency of China in 2012, he was handed a party and country on the tipping point of crisis. China’s economy, reliant on capital investment and heavy industry, was finally running out of steam after 30 years of incredible growth. At the same time, the party faced a crisis of legitimacy among the Chinese people, who were fed up with a corrupt, inefficient government and lower quality of life compared to other countries. If he didn’t move quickly, Xi’s two big problems threatened to destabilize the country and remove the Party from power.

A strong leader, Xi consolidated power and began an ambitious reform program, which was announced one year ago at the Third Plenum. Those reforms were mainly for the economy, aiming to ensure domestic stability and global competitiveness, which would in turn solidify the party’s continued legitimacy. At this year’s Fourth Plenum (October 20-23), the first plenum ever to focus on law, Xi pushed through a far-reaching blueprint of legal reforms. If implemented, these reforms would mean significantly more uniform and professional law and order nationwide and add to Xi’s ongoing campaign to reign in the out-of-control corruption and government waste and abuse of power that have so damaged the party’s legitimacy in the eyes of its people.

Read the full analysis below or download the China’s Fourth Plenum PDF. 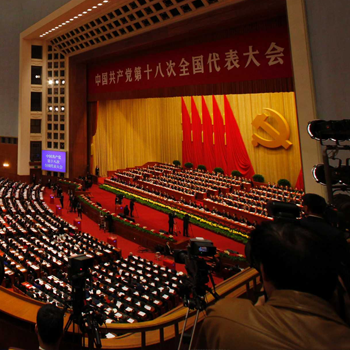