During the Conservative Party leadership election, in Boris Johnson’s first speech on the steps of Downing Street and after the most dramatic Cabinet reshuffle in decades, Brexit remains the number one concern of the British political class. No surprise there, of course, but leaving the European Union is not the only foreign policy challenge facing the UK. Iran, Hong Kong, China, and President Trump’s challenging of the traditional world order are just four of the sizeable issues sitting in the new Prime Minister’s in tray.

Boris did not win universal approval when he served as Foreign Secretary in Theresa May’s government. And, by appointing Dominic Raab to replace the well-respected Jeremy Hunt as Foreign Secretary, he has placed great trust in a previous Brexit Secretary who did not win admirers across European capitals during his short-lived stint at the helm of the Brexit negotiations.

A world beyond Brexit

Clearly, foreign policy is increasingly driven by Number 10, rather than King Charles Street. Yet, the day-to-day heavy lifting is still conducted by the Foreign and Commonwealth Office’s cadre of diplomats. And a change at the top will not impact this immediately.

Yet, the Boris paradox of grandiose statements coupled with minimal detail could result in a two-speed foreign policy. On the one hand, and quite Trumpian in approach, we could expect high profile foreign policy announcements, Churchillian in style and designed to put the UK back on the world stage. And, on the other hand, the more detailed, nuanced and complex decisions could run into the sand if the man at the top prevaricates and fails to promptly approve a course of action.

The most pressing issues

The defining factor of the Johnson and Raab foreign policy will be which category the most pressing issues of the day fall into.

The UK’s relationship with the United States is an obvious area for a flourishing reset of relations, especially after the resignation of the British Ambassador, Sir Kim Darroch. But what does a reset actually look like? Supporting Trump’s foreign policy aims may be a dangerous approach, especially as they are often at odds with the UK’s European allies, who will define the future course of UK-EU relations.

Taking Iran as an example, would a high-profile intervention (aligning either with the United States or European approach) make a difference, or would it just inflame tensions even further? Equally, would kicking the can down the road, by failing to confront the increasingly robust Iranian approach, solve anything?

And with China, the UK is playing a game of 3D chess, having to balance the desire for more trade with concerns over cybersecurity, the South China Sea and Trump’s unique approach to Sino-American relations. A high-profile intervention seems to be counterproductive on at least one of these issues, but sticking one’s head in the sand and hoping it all goes away is hardly a recipe for diplomatic success.

So which way will Boris fall? Past behaviour suggests that he will attempt the type of interventions that change the political weather. However, the pressing global issues of today don’t lend themselves to this type of approach. He’ll then have to fall back on the hard graft of traditional diplomacy and will test British diplomacy to its limits. 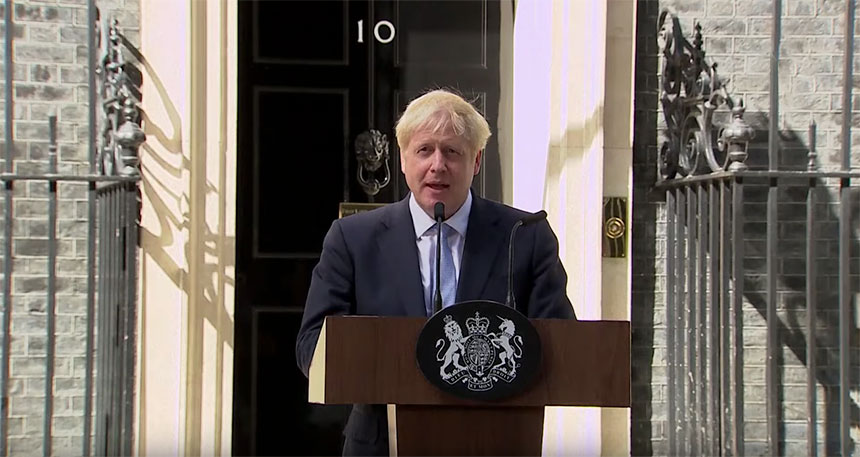