This article originally appeared in PubAffairs.

It’s fair to say it was not the easiest of starts for the Bulgarian Presidency of the EU Council. It’s the first time Bulgaria has held the Presidency, since they joined the EU back in 2007. (At this point I should declare my interest; my firm, APCO Worldwide, recently began work for the Bulgarian Ministry of Foreign Affairs to provide communications counsel around this Presidency.)

With no prior experience in this particular spotlight, Sofia faced some criticism even before having fully presented its priorities to the European Parliament and the capitals. But two major developments in the region this week showed that Bulgaria’s calculation to focus on the Western Balkans may well have been the right choice.

On Wednesday, Bulgarian Prime Minister Boyko Borissov presented Bulgaria’s Presidency to the European Parliament during the plenary session, while his diplomats were undertaking the same task in some EU capitals. Their message is focused around the 3 C’s, which can be translated into three major areas of interest to the Bulgarian Presidency: Consensus (in particular the Western Balkans), Competitiveness (Digital Single Market) and Cohesion (The reform of the MFF / Multiannual Financial Framework).

Borissov’s Strasbourg speech particularly emphasised the need for a focused EU Western Balkans policy. Hence, one of the Bulgarian presidency’s flagship events will be a special Western Balkan Summit in Sofia on 17 May 2018. This is especially relevant in view of the upcoming Enlargement Package to be published by the Commission one month prior to the Summit.

So what happened this week in the Western Balkan region? Two significant, yet mixed, developments.

The recent period of relative stability was violently and tragically disrupted on Tuesday, with the murder of leading Kosovo Serb politician Oliver Ivanović, prompting Serbia to cancel, at the eleventh hour, EU-sponsored talks with Kosovo in Brussels. This shocking event is a stark reminder that ethnic tensions at the EU’s border cannot be dismissed. Given his new responsibilities, Borissov was one of the first to condemn the assassination and call for calm.

The other, much more positive, regional development is the Bulgarian-Macedonian friendship agreement ratified in Skopje this week. Even though the two are neighbours, it is important to remember that there have been historical tensions since well before Macedonia’s independence, relating to territorial claims and identity. The friendship agreement will go as far as reviewing school books to portray ‘objective’ history, a rare commitment in any part of Europe.

From a regional perspective, this agreement may pave the way to resolving the more prominent dispute with Greece over Macedonia’s name. Athens is barring any possible discussion of Skopje’s EU accession talks before the issue is resolved. In fact, also this week, Greek and Macedonian negotiators are holding UN-sponsored talks with an aim to end the decades-long dispute. The UN says that this time the talks have a positive momentum.

Irish Taoiseach Leo Varadkar, who also spoke at the plenary this week, echoed Bulgaria’s Western Balkan priority by stating that “the best way to stabilise the region is to give them a pathway to joining the European Union.”

Bulgarians should look at their first-ever Council Presidency in the same way that any new member looks at joining a new club; expect some uncomfortable hazing (or bizutage) and move on. As Council President Donald Tusk said, it is in everyone’s interest that the ‘descendants of Spartacus’ succeed while in the driving seat of the EU Council over the next 6 months. 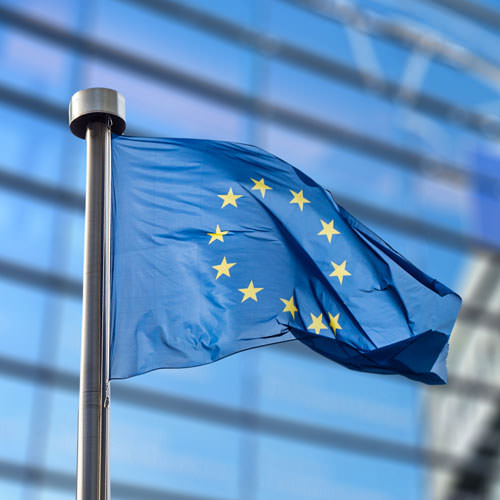