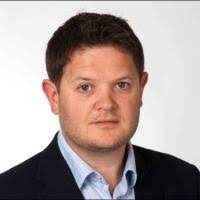 Tom Harper is a director at APCO Worldwide and is based in London. He specializes in strategic and crisis communications and is a member of the firm’s Global Solutions team. He provides senior counsel to senior government officials, founders, CEOs and C-suite level clients on crisis, campaigns, the media, politics and international relations.

Prior to joining APCO, Mr. Harper consulted for other communications agencies involved in tech, finance, life sciences and the built environment.

Before entering the communications industry, Mr. Harper was a multi award-winning investigative journalist. He worked most recently as home affairs correspondent at the Sunday Times, covering the police, crime, security, intelligence, the courts, immigration, cyber, and hybrid warfare. He was investigations editor of The Independent where he covered similar areas and also conducted several investigations into corporate corruption in the City of London.

Mr. Harper resigned from The Sunday Times to write a book about Scotland Yard which will be published in the autumn of 2022.