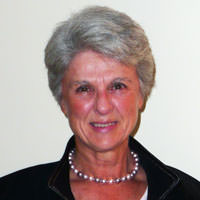 Patricia (Tosh) Barron, member of APCO’s International Advisory Council, has had a long career of senior executive, and corporate and non-profit board leadership.

Tosh spent six years (1972-1978) at McKinsey and Company, as a consultant in the Operations Practice, primarily focusing on global strategy and operations improvement for manufacturing and service companies. Tosh then joined Xerox Corporation where she had a twenty-year career, retiring in 1999. As a corporate officer, she held the positions of president of the $600 million Xerox Engineering Division, president of the $8 billion Office Products Division, and chief information officer.

From 2000-2003, Tosh was an Executive-in-Residence and Clinical Associate Professor at the Stern School of Business, New York University, teaching MBA courses in Leadership and Corporate Governance.

Currently, Tosh is an advisor to Trewstar, a search firm that focuses exclusively on placing women on corporate boards.

Tosh has served on the boards of various non-profit organizations with a focus on development and health in the poorest countries (Women’s World Banking and the International Trachoma Initiative) and to education (St. Joseph’s College, National Committee for Education and the Economy, Hurricane Island Outward Bound School and Chair, Research Corporation for Scientific Advancement.)

Her current non-profit involvement is focused on National Security and Military Veterans as a Director and a member of the Executive Committee on the Board of Business Executives for National Security (BENS), and as Ambassador, Veterans Trans-Atlantic Partnership, the U.S. arm of the UK charity Walking With the Wounded. She is an Advisor to Military Child Education Coalition.

Tosh is a member of The Economic Club of New York, Committee of 200, an association of women business leaders, Paradigm for Parity a recently created organization to encourage CEOs to bring more women into the executive ranks, faster, and Women Corporate Directors.

Tosh has an MBA from Harvard Business School (1972), and a Diploma from Bedford College of Physical Education, Cambridge Institute of Education (1964). She was recognized as one of the Top 100 Board Directors by the National Association of Corporate Directors in 2014.