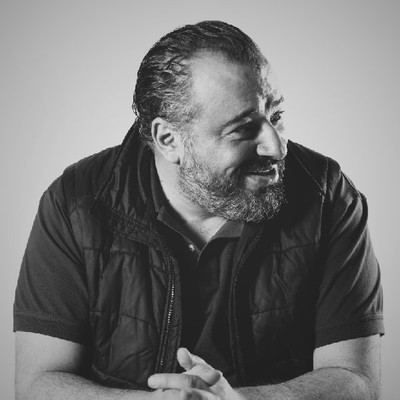 Formerly managing partner & executive creative director at Memac Ogilvy Advize, Mr. Kamal has more than 20 years of experience in creative industries and brand development. He has won an array of Arab and International Awards and is considered one of Jordan’s leading creative force.

Mr. Kamal’s out-of-the-box creativity and entrepreneurial skills catapulted him to Jordan’s advertising forefront and he took AdvizeGrey from a local boutique agency to become one of Jordan’s top three agencies and became part of the Grey Worldwide Network and a WPP company in 2003.

Mr. Kamal has led his creative team on award winning advertising campaigns for a wide array of local and international brands such as G+, wi-tribe, Jordan Commercial Bank, Total, among many others.

The reputation of Mr. Kamal’s thought-provoking creative work grew past Jordan’s borders when he earned a Grand Prix at the Dubai Lynx for 2 consecutive years and a Cannes Lion in 2017. Both awards were the first ever earned for Jordan.

Mr. Kamal holds a degree in Mass Communication from Brigham Young University and is currently working on his master’s degree from the Berlin School for Creative Leadership.